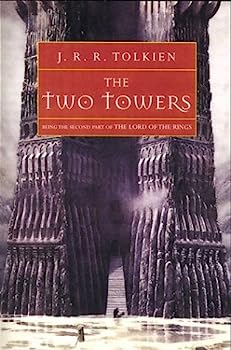 The Two Towers (The Lord of the Rings, Part 2)

(Book #2 in the The Lord of the Rings Series)

The Lord of the Rings saga continues in The Two Towers, the second volume in J.R.R. Tolkien's epic adventure.One Ring to rule them all, One Ring to find them, One Ring to bring them all and in the... This description may be from another edition of this product.

Published by Jessica , 9 months ago
The book itself is great, but the cover does not match what I bought. Very disappointed. Decent enough condition to read without issue, at least. The contents are what matter the most, so I'm glad to be able to continue reading the second installment of the Lord of the Rings trilogy (which I'm enjoying greatly). But I had the first book in the more artistic solid-color cover, not the movie version of the cover and I wanted a complete, matching set. Not what I got. The story itself is worth its 5 stars. My purchase from this seller, however...just the two.

Published by ashleyhodo , 11 months ago
WRong cover, if you're selling the movie covers make that clear? i thought i was getting the artistic blue one not the movie version. ugly

WRONG COVER ART!!! Do not buy this 😡 I REALLY THOUGHT I WAS GETTING THE BARBARA REMINGTON VERSION T

Published by WRONG COVER! DO NOT BUY!!! , 12 months ago
Wrong Cover!! No What Is Pictured!!

Published by sharbs008 , 1 year ago
I ordered the Mass Print Paperback for the cover art because I have Fellowship of the Ring in the same art but was disappointedto receive a different cover art --Already have copies of 2&3 in different art so this was really disappointing. I now have two copies of each 2&3 in incorrect art.

Cover art not what I anticipated.

Published by jjustice , 1 year ago
Ordered the book because of the cover art, disappointed to receive a different edition. Already own copies of the book, the pictured art was the only reason for purchase.

Published by Alana , 1 year ago
Ordered a very good copy. Cover is faded and not what was pictured.

Published by Thriftbooks.com User , 20 years ago
This book is the most interesting book I have ever seen.

Published by Thriftbooks.com User , 20 years ago
This book starts off exactly where, "The Fellowship of the Ring," (see my review) ends. The Nine Walkers of Boromir, Aragorn, Gandalf, Gimli, Legolas, Pippin, Merry and the Ring-bear Frodo set out from Rivendell. After their leader and guide fell into the abyss in Moria (an ancient palace of the Dwarves in the mountains), Aragorn became their leader.After emerging from the mountains, and passing through the land of Lorien, the Company faced a choice. Should they go to Mordor, where Frodo must go to destroy the Ring, the all-powerful instrument of evil and corruption or travel to Minis Tirith (Tower of the Guard) capital of the Gondor, a nation of Men who are at war with Mordor and its evil ruler Sauron.The Hobbits Sam and Frodo disappear and depart for Mordor. The other two Hobbits (Merry and Pippin) are taken captive by Orcs, despite being defended by Boromir, who is killed in their defence.In the first half of, "The Two Towers," the tale of what happened to Pippin, Merry, Legolas, Gimli and Aragorn is related. In the second half of, "The Two Towers," the tale of what happened to Frodo and Sam is related. Within the book, I much prefer the first section of it. The reunion of the Hobbits with Aragorn, Gimli and Legolas is one of my favorite moments in the book.In some ways, whenever I undertake to read, "The Lord of the Rings," I dread the second section of, "The Two Towers." Personally, I do no appreciate the pain-staking description of every mountain, rock and flower; I keep waiting for some actual dialogue or action to happen. Tolkien obviously had a vivid, EXTREMELY detailed imagination for he invented every single part of his fictional world of Middle-Earth to be believable. There is a history of behind all the races and some of the races have their very own languages. The problem that Tolkien may have run into in his epic work is that he lost something in attempting to achieve the grand scale he sought to produce. His heavy use of allusions to persons and events that the reader knows nothing of start off as evocative and then begins to get annoying. However, in terms of good epic length fantasy literature, "The Lord of the Rings," started it and it is probably one of the best novels of the 20th century. One last note, remember, Tolkien originally wrote the story for his own enjoyment, he did not envision millions of people in dozens of languages reading his work.

Published by Thriftbooks.com User , 21 years ago
This is truly a wonderful story , But I was unsure of getting the cd over the audio tapes. I noticed that the tapes had the Unabridged version and the Cd version did not say if it was or not on all parts, so i took a chance and got the Cd version of each book. Thankfully the Cd version Is also Unabridged. So for those of you out there like me who might have been confused between the tapes and the Cd now you know they are the same.

Published by Thriftbooks.com User , 22 years ago
What can I say that hasn't been said in the many, many other reviews? This book is absolutely fabulous. It's full of all the stuff a terriffic novel needs. The characters are complex and intriguing, the plot is fascinating and draws you in so you can hardly put it down. The history given for the world in which the books take place is so extremely detailed and believable, you start to wonder if Middle Earth exsists. Which brings me to another point- the setting is absolutely wonderful, I'd give anything to go to Middle Earth and explore. Sure, it slows down in some spots (the infamous Council of Elrond chapter... ^_-), but for a story to work the plot must slow down in some parts for the author to explain things and put further events in the proper context. BTW, even if you haven't read The Hobbit, I think you'll follow this book along just fine. Bilbo's account (There and Back Again) is told in summary in the prologue.After you read this book, I think you'll want to get one of those "Not all who wander are lost" bumper stickers for your car, too! ^_^

The Lord of the Rings: The Two Towers Mentions in Our Blog 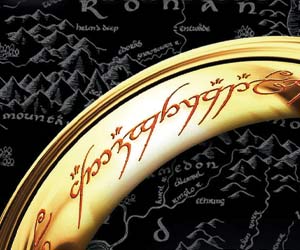 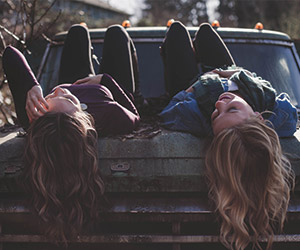 Book Characters You Need as Your Best Friend
Published by Bianca Smith • November 09, 2017

Have you ever read a book and thought, "I wish they were my best friend"?