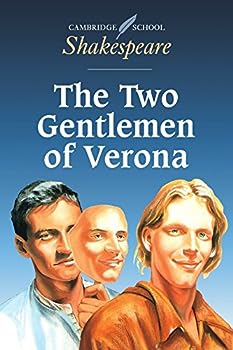 The Two Gentlemen of Verona

by William Shakespeare and William Hazlitt

The Two Gentlemen of Verona

Published by Thriftbooks.com User , 12 years ago
I only had one problem which was with the delivery. It was delivered to my house when no one was at home and my dog decided to open the package before I arrived, she caused some damage to the book.

One of Shakespeare's most underrated

Published by Thriftbooks.com User , 13 years ago
An honorable man banished to become a bandit leader while the rogue woos a woman who loves the honorable man. Proteus and Valentine have the truth of human nature that is the hallmark of the Bard's best work. "The Two Gentlemen of Verona" was lively, moving, humorous, and cause for reflection (especially to a cynical old curmudgeon like your's truly). Valentine's handling of the bandits, and his actions to give his bandit followers a second chance are the best in Shakespeare; acknowledgement of the flaws of humanity, an offer of redemption, and a good man risking his honor and reputation to do the right thing. Proteus' role throughout is the best in Shakespeare; an ammoral man, seeing what is right and struggling with his true nature. Julia's adventures in disguise are super, as she balances what she wants with what is right, while standing at arms reach from her heart's desire. All the elements of the Bard's greatest work are here in this seldom performed script. Excellent stuff. E.M. Van Court

The Archetype of Later Romantic Comedies

Published by Thriftbooks.com User , 20 years ago
Although few would claim that Two Gentlemen of Verona is one of Shakespeare's greatest plays, it is well worth reading in order to serve as a reference for the best of his romantic comedies. In essence, Two Gentlemen of Verona gives you a measuring stick to see the brilliance in the best works.The play has the first of Shakespeare's many brave, resourceful and cross-dressing heroines, Julia. Shakespeare always used his fools and clowns well to make serious statements about life and love, and to expose the folly of the nobles. Two Gentlemen of Verona has two very fine comic scenes featuring Launce. In one, he lists the qualities of a milk maid he has fallen in love with and helps us to see that love is blind and relative. In another, he describes the difficulties he has delivering a pet dog to Silvia on his master, Proteus', behalf in a way that will keep you merry on many a cold winter's evening. The story also has one of the fastest plot resolutions you will ever find in a play. Blink, and the play is over. This nifty sleight of hand is Shakespeare's way of showing that when you get noble emotions and character flowing together, things go smoothly and naturally. The overall theme of the play develops around the relative conflicts that lust, love, friendship, and forgiveness can create and overcome. Proteus is a man who seems literally crazed by his attraction to Silvia so that he loses all of his finer qualities. Yet even he can be redeemed, after almost doing a most foul act. The play is very optimistic in that way.I particularly enjoy the plot device of having Proteus and Julia (pretending to be a page) playing in the roles of false suitors for others to serve their own interests. Fans of Othello will enjoy these foreshadowings of Iago. The words themselves can be a bit bare at times, requiring good direction and acting to bring out the full conflict and story. For that reason, I strongly urge you to see the play performed first. If that is not possible, do listen to an audio recording as you read along. That will help round out the full atmosphere that Shakespeare was developing here.After you finish Two Gentlemen of Verona, think about where you would honor friendship above love, where equal to love, and where below love. Is friendship less important than love? Or is friendship merely less intense? Can you experience both with the same person? Enjoy close ties of mutual commitment . . . with all those you feel close to!

One of my favorite plays.

Published by Thriftbooks.com User , 21 years ago
"The Two Gentlemen of Verona" is one of my favorite Shakespeare plays. Maybe that's because it's one of the only one's I understand. My youth Theatre did a wonderful production of this play. I was not in it, but I saw it twice. It was set in the 60's, peasant-shirted and bell-bottomed. I think it's a wonderful story, although a bit unrealistic because of all the forgiveness that happens at the end of the play. But I think that it's a play everyone should read. This edition of the play is, I think, a very good one. If you are planning to buy a copy of "The Two Gentlemen of Verona," I would advise you to buy the most current edidtion printed by the Folger Shakespeare Library. They have lots of information in the book, and many definitions of the more difficult Elizabethian words.

Worth the time and money

Published by Thriftbooks.com User , 22 years ago
It is true that this work is not among Shakespeare's greatest by any stretch of the imagination. This entire play reflects the immaturity of a young William Shakespeare. What makes the play so interesting however, are the themes that are explored within the play. He compares the love between a man and a woman with the friendship between two people to see which is more powerful. In addition, Shakespeare uses three fools (or rather two fools and a clown) to enhance the comedic elements of the play. While the plot may not be entirely believeable or even politically correct in today's society, when taken in context, this play is still worth the time and money.

The Two Gentlemen of Verona Mentions in Our Blog 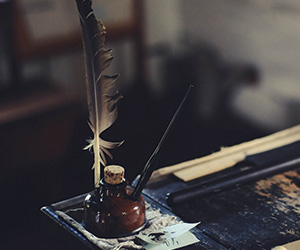