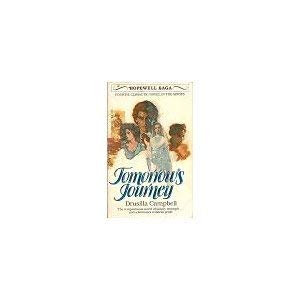 A tormented writer unable to exorcise the demons of his past...an all-American town plagued by horrific secrets...a beautiful woman brutally murdered by a twisted killer thought long dead-or by an even more terrifying copycat? In The Throat , Peter Straub's Blue Rose trilogy blooms into a horrifically chilling, maniacally suspenseful masterwork of terror.

Excellent...the masterpiece of the latter half of Straub's career.

Published by Thriftbooks.com User , 16 years ago
"Ghost Story" was the crowning achievement of Peter Straub's 'supernatural' phase, beginning in 1974 with "Julia" and culminating ten years later with "The Talisman", the first of two collaborations with Stephen King. Then he dropped off the radar for a few years, only to return with a vengeance in 1988 with "Koko". In this complicated, Vietnam War-themed novel, Straub retained his trademark cerebral style, but the ghostly trappings were gone. "Koko" was straight psychological horror, as were its two sequels: "Mystery" and "The Throat". This final installment in the trilogy contains Straub's most mature, thought-provoking, and entertaining writing. I'm tempted to say that you don't even need to read "Koko" and "Mystery" to enjoy "The Throat" in all its glory, but that's not entirely true. Still, this book is SO damned good that, for all intents and purposes, it's not gonna kill ya to read the other two at a later date. ("Mystery", in particular, can wait; it is by far the weakest entry in the trilogy.) Straub tells you just about everything you need to know at the beginning of "The Throat", if you aren't familiar with the books that preceded it...and you're going to like this one so much that you'll feel compelled to read the others afterward. Is this a self-indulgent novel? Hell, yes; that's part of the fun of Straub's mature style. And for those who have read "Ghost Story" or "Shadowland" or "Floating Dragon" and are expecting a conventional horror novel...well, it should be pretty obvious by this point that "The Throat" isn't what you're looking for. Straub wrote some excellent books in that vein, but then he moved on. This tale of Timothy Underhill(the 'secret' hero of "Koko", as Straub calls him) investigating a series of murders in a large midwestern city--murders which seem to be related to a string of killings that occurred decades before--owes as much to Raymond Chandler as it does to Edgar Allan Poe. But it IS a horror novel; when you've read it, you'll have no doubt of that. Buy "The Throat". Enjoy it. You won't be disappointed, I promise :)

Gets Better With Every Reading

Published by Thriftbooks.com User , 16 years ago
I've just finished reading this for the second time, and am even more blown away than I was the first go 'round. The details and atmosphere are so rich, so specific to place and time (a thinly disguised Milwaukee, late 40's-early 50's up through the present), and layer after layer of menace is built up in increments that make it all seem so real that you have to wonder what nightmares lie in the author's own past. The depth of character development is unusual for horror/thrillers or however this book has been marketed, and Straub's sheer writing virtuosity makes this book seem more like a literary novel than genre fiction. KOKO and MYSTERY, novels related to the Blue Rose murders detailed in this one, share several characters with THROAT but differ enough in details to further mystify and discomfit a reader who already is convinced that Mr. Straub understands something about the subtle nature of evil that the rest of us are too naive to grasp. At the psychological junction where child abuse in its worst imaginable form intersects uneven memory stands THE THROAT, exposed. Fiction this intelligent rarely comes along in any genre. That Peter Straub is compelled to use his astounding talents in a probe of the dark side makes for chilling reading, because he is more than smart enough to make you believe. Even in the daylight.

A Textbook for Creative Writing

Published by Thriftbooks.com User , 18 years ago
Seldom does one encounter such an exquisitly constructed novel, wherein a myriad of individual vignettes are woven together with a central focus. The Throat is a masterpiece of writing proficiency combined with a talent for good, old-fashioned story telling. The novel trancends genre and stands as an example of how books should be written.

Not for the simple or faint of heart.

Published by Thriftbooks.com User , 22 years ago
Peter Straub's "Blue Rose" trilogy reaches its denouement (such as it is) in this almost unbearably disturbing novel. While it may be more esoteric and intellectual than some readers are used too, it is well worth reading even for the casual suspense fan. As in all his novels, Straub's allusions to religion, literature and history are brilliant (those familiar with Vietnam War history will recognize references to DISPATCHES by Michael Herr, and those familiar with true crime will recognize similarities to the cases of both Jeff MacDonald and Jeff Dahmer) and his character development is far ahead of anyone else in the genre. The alert reader may solve the mystery early, but it kept me in suspense right up to the end. Definitely a must read for anyone who likes thriller authors from Stephen King to Ridley Pearson.
Copyright © 2020 Thriftbooks.com Terms of Use | Privacy Policy | Do Not Sell My Personal Information | Accessibility Statement
ThriftBooks® and the ThriftBooks® logo are registered trademarks of Thrift Books Global, LLC