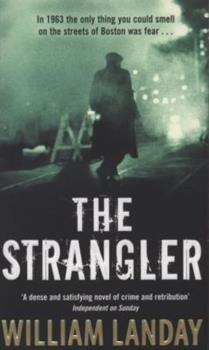 This description may be from another edition of this product. Before the New York Time s bestselling success of Defending Jacob, William Landay wrote this widely acclaimed second novel of crime and suspense, which was named a Favorite Crime Novel of the Year by...

Published by Thriftbooks.com User , 13 years ago
Was this a perfect novel? No, nor was it about the perfect crime. The book is perfect enough for me to recommend to others who think for a living and who sometimes just want to relax and be carried along to a jarring conclusion. The book is set within the context of a family that is tightly bound, and is in one way or another in the business of crime. Some characters are stale but for me this is minor when one contrasts them to the rounded characterizations of those who are more important to the story, or perhaps those who held more appeal for me. The spark in this author's style was a pleasure to read. Please give me more fabulous thrillers from Mr. Landay.

Published by Thriftbooks.com User , 13 years ago
Landay deftly meshes together several storylines, each interesting in its own right, to create a moving drama set in 1960's Boston. Suspense, corruption, family, and human frailty all play critical roles throughout. The characters are real. Members of the Daley family are flawed, yet uniquely noble. The relationships among the Daleys are complex, yet are simple at the same time. Seemingly bound together with an unbreakable amount of strength for no other reason than that they are family. The 'Strangler' component of the story, while adding to the plot from a historical nature, actually takes a back seat to the threads centered on family and corruption. I consider that to be a positive. By taking the focus of the plot away from the Strangler, Landay is able to add significant depth to the characters and not let historical facts dictate the direction of the story. Based on this book, many better known authors can learn a thing or two from Mr. Landay about making characters real. I look forward to reading more of his work.

Published by Thriftbooks.com User , 13 years ago
If you're a lover of quality crime fiction, if the names Connelly, Pelecanos, Burke or Lehane get you excited, then this novel is for you. I was wowed by Landay's first novel (Mission Flats) and am even more impressed now. The title and the cover do not do justice to the riches contained within, this is a marvelous book. Some reviewers have complained about the lack of twists, or that the bad guy was revealed early on. This is not a "mystery" book where the object is to keep guessing until the end. This is a crime novel that is as much about the human condition as it is about the crimes, much in the vein of Mystic River, and is guaranteed to move you and make you think about your own life and family. It's a dark tale, bleak and brutal. But if you want more from your thrillers than a puzzle, if a literate story with depth is what you seek, you will be delighted - sometimes horrified, but thoroughly delighted - with this exemplary novel. It truly represents the best in crime fiction.

Published by Thriftbooks.com User , 14 years ago
My it's refreshing to find a new author in the so-called genre, who writes like an accomplished novelist. William Landay's The Strangler, his second novel (I somehow missed the first but have since acquired it) is a marvellous read. Written with the authority of one who knows the legal world from personal experience, Landay has crafted a story that involves the infamous Boston Strangler. But the book is much more than that. It's about Irish Boston cops; and family; and Boston, a city decaying in the early 1960s. A terrific read, satisfying at multiple levels. Highly recommended.The Strangler

A haunting and brilliantly told story

Published by Thriftbooks.com User , 14 years ago
William Landay's sophomore effort is a somewhat different work --- both structurally and topically --- from MISSION FLATS. But his stellar craftsmanship shines through; if anything, THE STRANGLER surpasses its predecessor. Though a work of fiction, THE STRANGLER is set in the real world of 1963. The nation is reeling from the assassination of President John F. Kennedy; for Boston, it is a devastating blow, as the city is already traumatized by a series of rapes and murders committed by a fiend whom the press has dubbed "The Boston Strangler." Landay's novel, however, does not concern itself primarily with those horrific crimes. Rather, the story belongs to the Daley brothers, three different siblings who will touch and be touched by the investigation directly and indirectly. Michael is an assistant with the Attorney General's office --- content with handling eminent domain cases that are beneath him intellectually --- when he is assigned to a special task force investigating the killings. Joe, following in the footsteps of his late father, is a policeman, but his corruption is such that he cannot appreciate fully the irony of the situation into which he is inexorably sliding. Ricky is an unapologetic burglar, yet it is he who is perhaps the most honest, caring and consistently upright of the brothers. Surprisingly, it is Ricky who holds the key not only to their father's mysterious death in the line of duty but also to the identity of the Boston Strangler. Yet it is Joe, ethically and morally compromised as the result of his own actions, who is closest to the corruption within Boston and to the crime that haunts the brothers most deeply. Michael --- plagued by migraine headaches and an ambiguous sexuality --- is perhaps the most enigmatic, the weakest of the three, and yet fate will leave it to him to execute a rough and final justice for the offenses visited against the family and the city where they live. Landay's narrative is at once compelling and propelling. His story moves not so much as a streamlined dialogue but as a series of extended vignettes alternating back and forth among the brothers, highlighting their strengths and weaknesses. Early in the book, a basketball game involving the three of them is a metaphor not only of their lives but also for what will occur later. Landay's eerie coda to the events brings the subtle uneasiness of the narrative into sharp focus; what resolution the Daleys brought is at best temporary and at worst illusory. The result is a brilliantly told story, haunting in its totality. It is difficult to escape the conclusion that THE STRANGLER may well be the crime novel of the year. Highly recommended. --- Reviewed by Joe Hartlaub
Copyright © 2020 Thriftbooks.com Terms of Use | Privacy Policy | Do Not Sell My Personal Information | Accessibility Statement
ThriftBooks® and the ThriftBooks® logo are registered trademarks of Thrift Books Global, LLC