Backgrounds and Contexts includes a wealth of materials on the tale's publication history as well as its relevance to Victorian culture. Twelve of Stevenson's letters from the years 1885-87 are excerpted, along with his essay A Chapter on Dreams, in which he comments on the plot's origin. Ten contemporary responses--including those by Julia Wedgwood, Gerard Manley Hopkins, and Henry James--illustrate Strange Case of Dr. Jekyll and Mr. Hyde's initial...

Published by Julia , 2 months ago
I’m very disappointed with the seller they told me the condition was good. They lied the book was written all over even on the sides. Every page had a note and scribbles

Published by Fiona , 3 months ago
Dr. Jekyl and Mr. Hyde is without a doubt one of my favorite classics. Unfortunately the copy that I received ("like new" condition) was very written in, highlighted, and not "like new" at all. I've since bought a new copy, so it's fine.

Published by Nightshade , 5 months ago
Nice copy even has some illustrations!

Published by Judy , 1 year ago
Haven’t read yet cause print is tiny, tiny. The print is so tiny I can barely see, I need a magnifier. Buyer beware. I will probably just donate it 😞. It was also sold as a 64 page book, it’s actually 54 pages I am sad, Will seek elsewhere

Published by Julie , 1 year ago
So far, I'm trying to read it and dissect it, but I have not had as much time to sit and read it without any interruptions.

Published by Blossom , 2 years ago
Good quality and even better once I removed the dust cover. Although the hard cover is orange I am happy with it.

Been waiting to read this!

Published by mariamarrujo01 , 3 years ago
Very excited when I received my books in the mail today, only to open up this copy and realized the pages were written on. Not so disappointed it happened, but disappointed in the fact that it was listed as "very good" condition, when it obviously isn't.

Published by Thriftbooks.com User , 15 years ago
Dr.Jekyll and Mr.Hyde was a very good book filled of suspence. For example when the laywer goes to talk to Dr.Jekyll the Doctor gives him an a letter he got from Mr.Hyde but was not thinking and burned the envolope but did say there was no return adress. After the lawyer left the room and asked the door man if there has been any letters droped off and he said no. Then he asked if anyone personly droped off a letter and the door man said no.

Published by Thriftbooks.com User , 18 years ago
This was the first of three Victorian horror novels I read this summer. This is a great story of how Dr. Henry Jekyll becomes obsessed with his alter ego, Edward Hyde, and continues to turn himself into Hyde. Hyde kills people and people get angry and put a bounty on Hyde's head. Dr. Jekyll vows not to drink his potion again, but one day his friend Gabriel Utterson and his butler Poole hear strange noises in Jekyll's study and have their suspicions who it is...

Published by Thriftbooks.com User , 19 years ago
The original version of Dr Jekyll and Mr Hyde is much different than you would expect, if you haven't read it before. It plays out as a mystery of sorts. A lawyer friend of Jekyll tries to find out what the relationship is between the respectable Dr Jekyll and the lowlife Mr Hyde. It is not revealed until near the end of the story that they are in fact the same man. Of course, nowadays everyone is aware of that before they have even read this story. Naturally, a lot of the suspense of the story is lost due to this. Still, this story became a classic for a reason and is well worth a read. And it's short too, for you kids looking for a short book to read for a book report. There are two other suspense stories by Stevenson included here, too. These two are not classics, but they are also enjoyable.

Published by Thriftbooks.com User , 20 years ago
Robert Louis Stevenson's "Dr. Jekyll and Mr. Hyde" is an extremely well-written horror/mystery. While a relatively short novel, the intricately woven plot offers all the right details at different points. And at the end of the book, the characters all seem to make sense, with all of the given clues fitting very well. This story of the nice, mellow Dr. Jekyll and his hidden mad-man persona, Mr. Hyde, is a classic clash of good and evil. The author does a wonderful job of keeping the reader wondering about each one's true identity. From Hyde's first trampling, to his murder, to the bitter end, he is portrayed as the exact opposite of Dr. Jekyll, despite an odd, hidden relationship. Only at the very end is the mystery compltely solved. What makes the novel most unique is the inclusion of numerous other developed characters besides Jekyll and Hyde, such as Utterson, Lanyon, and Enfield. All in all, this is a timeless tale, a true stoy of inner conflict. What this novel lacks in length, it makes up for in well-developed characters, and a superb plot. A must-read.

Published by Thriftbooks.com User , 23 years ago
One of the classics that actually lives up to its reputation. Although it is actually more like a short story than a novel (app. 100 pages), it's a fascinating read. 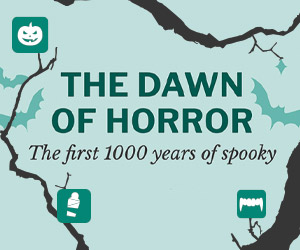 The Dawn of Horror: The First 1000 Years of Spooky
Published by ThriftBooks Team • October 25, 2022
When did man begin to tell terrifying tales? How did those tales become the horror genre we know today? Check out our illustrated timeline of the first 1000 years of Horror literature history to find out!
Read Article 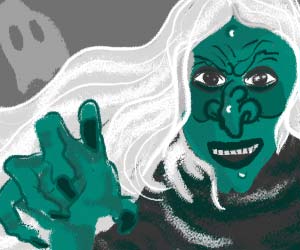