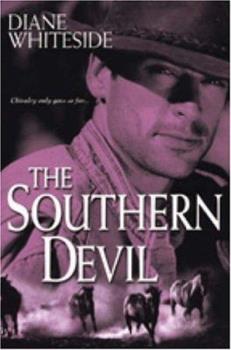 Once an orphaned, starving, Confederate war veteran, Morgan Evans is now a wealthy man respected for both his business acumen and his chivalrous Southern manners. He would be the perfect catch for any woman, but only one holds his attention.

Published by Thriftbooks.com User , 15 years ago
In 1863 as the War Between the States seems increasingly bleaker for the south, Confederacy Lieutenant Morgan Evans goes undercover in his hometown of Memphis. Though he thinks he has a solid masquerade, iron magnolia Jessamyn Tyler finds her childhood friend's behavior odd and assumes he is spying. She captures him more to keep him safe than any other reason, ties him to her bed, and though she knows better ends up making love with her imprisoned pal. Afterward humiliated with how she controlled and seduced him in and out of bed before dumping him, he vows one day to make her beg with desire and need. Years later in 1872 Colorado, Jessamyn accompanies her spouse Cyrus Evans, Morgan's cousin, when he finally catches up with the woman who has haunted him since she took him during the Civil War. Though he is attracted to her and feels he owes her, Morgan would do nothing to hurt Cyrus so his vow is an empty pledge. That is until his cousin is killed and Morgan pleads with him to help her find hidden family gold. This is an exhilarating torrid Reconstruction Era romance with a bit of late action (the treasure hunt). The story line is fast-paced in both 1863 and 1872 especially when the gender war between Morgan and Jessamyn occurs. The lead couple will enjoy their battles as he is a solid southern gentleman with an agenda when it comes to her and she believes he is THE SOUTHERN DEVIL she must avoid. Harriet Klausner
Copyright © 2022 Thriftbooks.com Terms of Use | Privacy Policy | Do Not Sell My Personal Information | Accessibility Statement
ThriftBooks® and the ThriftBooks® logo are registered trademarks of Thrift Books Global, LLC