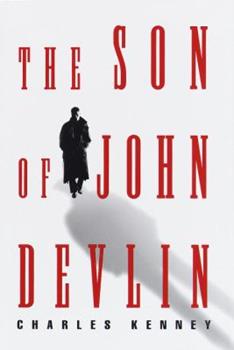 The Son of John Devlin

Charles Kenney has written an authentic, compelling, morally complex novel of the men and women of law enforcement, penetrating the very heart of police culture--and bringing the powerful, tumultuous brotherhood of cops brilliantly to life. In The Son of John Devlin, a determined detective fights to clear his father's tarnished name. The U.S. Justice Department has declared war on the widespread corruption in Boston's police force, turning up the...

Published by Thriftbooks.com User , 19 years ago
THE SON OF JOHN DEVLIN is a highly accomplished, character-driven novel that deals with corruption within the Boston Police Department.Charles Kenney offers up an insightful police procedural that is at once tough and gritty, yet compassionate. It's rare that a writer of this genre can pull this off convincingly, but Kenney certainly does.With its themes of father-son love, betrayal and redemption, THE SON OF JOHN DEVLIN is a satisfying read on many levels, a true page-turner in every sense of the word.

A Good Police Procedural And So Much More!

Published by Thriftbooks.com User , 20 years ago
Are you interested in books that provide more than just a good story. If you look for books than provide and/or pertain to any of the following qualities -- excitement, poignancy, deception and betrayal, faith and redemption, strong and very credible characters -- than you're really going to enjoy Charles Kenney's The Son Of John Devlin. That's because it provides ALL of these qualities in spades. Give yourself a real treat and get yourself a copy of The Son Of John Devlin. And, if you really want to be good to yourself, pick up a copy of Kenney's upcoming book, The Last Man, due out in July. It's even better than this book!

This is one great read!!

Published by Thriftbooks.com User , 22 years ago
I read this book in less than two days. I love a story of revelations and redemption and this one deals with it well, showcasing the power of love between a father and his son. This book also shows you that you can right a good police procedural without a lot of graphic violence and sex. Great job Mr Kenney. I'd love to read more stories involving Jack Devlin. I highly recommend this book.

A terrific read, great story masterfully told, a must!

Published by Thriftbooks.com User , 22 years ago
This is a terrific book by Charles Kenney. Tight, well constructed, and gripping, it is a story expertly told. Kenney is very sure of himself and where he is going with his characters. Read this book!

Police procedural should be read by any lover of fiction

Published by Thriftbooks.com User , 23 years ago
Over two decades have passed since the John Devlin scandal rocked the Boston police department. John killed himself rather than face the shame of a trial. John's son Jack never recovered from the dishonor to the family name. Jack gave up law school to become a cop and regain what his father apparently threw away. Jack is working on an investigation that brings him into the orbit of US Assistant Attorney Emily Lawrence's inquiries into a drug deal. Jack uncovers a letter written by his father just before his death. The note stirs Jack's wrath, making him obsessed with the need to learn what really happened to his sire while enacting his own personal code of vengeance. THE SON OF JOHN DEVLIN is more than a brilliant police procedural, which it happens to be. A son's love for a disgraced father drives the novel's story line in such a way that fans of the sub-genre will beg for more works from awesome Charles Kenney. The plot is fantastic, raising the bar for police procedurals to an uncanny level. However, it is the characters that set this story apart from the norm and make for a fine reading regardless of genre attachment.Harriet Klausner
Copyright © 2020 Thriftbooks.com Terms of Use | Privacy Policy | Do Not Sell My Personal Information | Accessibility Statement
ThriftBooks® and the ThriftBooks® logo are registered trademarks of Thrift Books Global, LLC