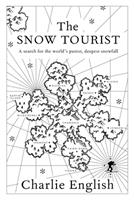 The Snow Tourist: A Search for the World's Purest, Deepest Snowfall

Combining on-the-slopes experience with off-trail research, author Charlie English follows in the footsteps of the Romantic poets across the Alps, learns how to build igloos with the Inuit on Baffin Island, examines snow-patches in the Cairngorms to detect signs of global warming, and tests his mettle on some of the most perilous peaks on Earth. Along the way, he meets up with a flurry of fellow enthusiasts, from avalanche survivors and resort operators...

Going off-piste in pursuit of the truth about snow

Published by Thriftbooks.com User , 12 years ago
Snow can become "an agent of power and fear" in artworks and in life, as Charlie English tells us in his tour of some of the world's snowiest places. It can also give those who see it, live and play in it, a sense of wonder and joy, and it's to English's credit that he captures both sides of this -- the exhilaration of rushing down a mountain slope on a snowboard and the paralyzing fear that sweeps over him while following a contemptuous mountain guide across some of the most treacherous snowy terrain in the European Alps. English has some marvellous descriptions for the snow he encounters ("a souffle of frozen cloud), and some fascinating vignettes of the places he goes. And he covers a lot of ground, both geographically (he visits Baffin Island and learns how to build an igloo; museums in Vienna to study snowy art works and Vermont, to pay homage to the man who studied the makeup of the snowflake. The result is part memoir, part travel story, part nature/science book, and partly about winter sports. But that hodge podge means that it never really succeeds triumphantly as being a wonderful book in any one of those genres. Instead, what I found was a quirky, often entertaining book about snow and English's relationship with it. Much of it was great; parts I ended up feeling were superfluous, such as repeated references to childhood memories. Still, English wraps up all of his loose ends neatly by the time the book finishes, including resolving a personal dilemma about his need for space and the wilds which the world's snowiest places seem to him to symbolize. (Don't be put off by the fact that the book doesn't live up to its title as the author's quest for the world's "purest, deepest snowfall" -- approach it as a reflection of the author's relationship with snow more generally, and it will still be rewarding. GREATLY missing from this book were photographs! English writes about the photographic studies done of snowflakes, but these aren't reproduced; he waxes rhapsodic about Breughel's winter snowscape but there's no plate of it to refer to. A big raspberry to the publishers for skimping on that front, in a book that clearly would have benefitted from some snow images. This was an intriguing book to read, and one I'll dip into again, but it's one that only winter sports addicts will really cherish, I suspect. Recommended primarily to those, and also to fans of the "who knew?" genre of books about quirky things, like Kurlansky's book about codfish.
Trustpilot
Copyright © 2022 Thriftbooks.com Terms of Use | Privacy Policy | Do Not Sell or Share My Personal Information | Accessibility Statement
ThriftBooks® and the ThriftBooks® logo are registered trademarks of Thrift Books Global, LLC