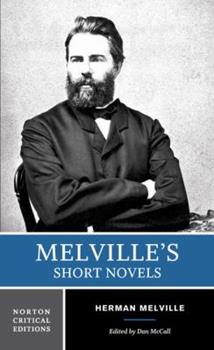 Published by Thriftbooks.com User , 14 years ago
This book contains 3 stories: "Bartleby The Scrivener", "Benito Cereno", and "Billy Budd". About a half of the book is "contexts", which are essays about the stories and other texts that shed light on the three stories. For the scholar, this book is probably the best edition around as far as the "Killer B's" are concerned (Bartleby, Benito, Billy Budd). It contains excellent criticism, and has a neat bibliography which any lit student or scholar will find useful. As to the stories, well, I have mixed feelings. I absolutely love "Bartleby" and I think it's one of my favourite stories ever. If you are interested by a story which poses the problem of the uncommunicable and inherently hermetic, and of the impossible divisions between humans, that's the fone for you. Considered the ancestor of "absurd literature" by some, by a Christic parable by others, "Bartleby" is of utmost interest in either case. "Benito Cereno" is a story that I found myself disliking quite a bit. It was as usually wordy as you'd expect Melville to be - which of itself isn't the problem - but the story feels pointless and boring. That is, until you read on, then it gets interesting, but I felt I found that out too late. Also, I readily admit not having given it my best reading time. I got confused and and bored with the style and I had a hard time "seeing" much. So I didn't like this one too much, and whether this is because I poorly read or because of the story, I don't know, and I don't want to read it a second time. "Billy Budd" is good. I didn't like it as much as "Bartleby", but I liked it a lot more than "Benito". Another tale with an odd character and with Christic aspects. Definitely worth reading. On the whole, I understand that some readers may find Melville boring; he usually gets that from readers of Moby-Dick, even though that novel is not boring at all (when you know how to read). However, I assume that the usual client of this Norton Critical Edition will have more than "a good time" in mind when considering to purchase it. Although, if you're not a scholar and like to know about the context of the work, then you will definitely have a good time too reading the critical material added to the stories (and more than just critical, you also get Emerson's "The Transcendentalist", which is quite a read). You will not find a better volume containing all three stories. This one has everything you could ask for: notes, additional texts to enlighten your understanding of the stories, and also you will have a joined perception of the three stories as one significant unit, which makes a lot of sense (remember the B's, the fact that each character can be said to be Christic, etc.). The best edition for those three stories, doubtless.

Three masterpieces in one

Published by Thriftbooks.com User , 15 years ago
In each of these works Melville creates and probes deeply into a complex world of difficult and mysterious human relationships. This is even true in 'Bartleby' the story of the great solitary scrivener who at one point 'prefers not to' do the work he is hired for. The story of Bartleby is the great American parallel to Dostoevsky's 'Notes from the Underground' It is the man who revolts against the urban mass pressing against him to make his own statement of radical individualism and freedom. 'Billy Budd' is a different kind of martyr hero whose innocence and nobility arouse the envy and lust of the cruel Claggart, and whom even the noble Captain Vere is unable to save. 'Benito Cereno' is like Conrad's 'Heart of Darkness' a trip into the lower regions of the horror- filled nature of the human soul. In each of these great tales Humanity is tested and driven to extremes of knowing uncomfortable truths about itself, in language of great literary power and beauty.

Published by Thriftbooks.com User , 19 years ago
This book includes both the text of Melville's short works (Bartleby, Benito Cereno, and Billy Budd)-approx 175 pages, and approx 225 pages of contexts (which are just what they sound like, historical background regarding each work, something I find invaluable when reading books written long before I was born) and literary criticism (generally interesting and almost always opened my eyes to new layers of meaning in Melville's writing.) Invaluable for any reader of 19th century american fiction, college undergrad or grad student. If you're not a student (I'm not) the background on Melville and his work is incredibly interesting and you will definitely come away with a new understanding of the man, his mind, his writing, and his relevance to all American Fiction. Oh yeah: and it's easy to read, to boot.
Copyright © 2020 Thriftbooks.com Terms of Use | Privacy Policy | Do Not Sell My Personal Information | Accessibility Statement
ThriftBooks® and the ThriftBooks® logo are registered trademarks of Thrift Books Global, LLC