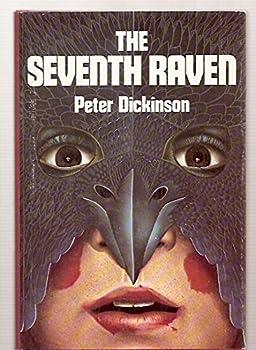 This description may be from another edition of this product. In a bungled attempt to kidnap an ambassador's son, four revolutionaries make hostages of a hundred children rehearsing an opera.

Published by Thriftbooks.com User , 16 years ago
Everybody get some pen and paper and take your seats. Now at this time I am going to ask you to write down a list of book titles that meet a certain criteria. These titles MUST be considered to be written for children or for young adults. Ready? Let's begin. First, write down all the books you can think of that contain hostage situations similar to that of the Iranian Embassy situation. Now write down all the books in which a multi-faceted view is given of freedom fighters in South American countries? One more... name all the books that contain a nuanced understanding of America's ties to the Contras and give damning critiques of the Reagan administration. Pencils down. How many books did you come up with? You may have been able to think of a couple here and there. Undoubtedly a few hostage books came to mind (like "Give a Boy a Gun") and you were able to include them. Now, look at your lists and give me the names of the books that contained ALL these interesting situations. Do any of them fit? If not, may I direct your attention to a little known number that goes by the title of, "The Seventh Raven". It was written by the British author Peter Dickinson and published in America in 1981. What's more, if you haven't read it you are, in fact, missing the boat. It's a wonderfully humorous but also chilling look at the complacency of the middle class bourgeois and the inhumanity of violence, regardless of who uses it for whatever ends. And it's also about opera! Hooray! I'll explain. Our heroine in this tale is the multitalented little nabob, Doll. Doll belongs to an upper middle class community of British music enthusiasts that perform an immensely complex biblical children's opera every year. Since her childhood Doll has been in these shows but now, at the age of fifteen or sixteen, she is to old to perform. That suits her fine though. She'll simply make herself indispensable to the adults running the show. To do that, Doll becomes a sort of all-purpose gopher. She finds ways to keep the unruly boys playing ravens in line. She makes a full cast list and helps with costumes and music. When a diplomat from the South American dictatorship of Matteo (made up for this book) insists that his son be included in the performance, Doll doesn't think much of it. That is, until freedom fighters come to take the kid hostage. And until they mess up the kidnapping and instead take all the children in the opera and all the parents hostage. So things go from odd, to bad, to downright horrific. And Doll suddenly finds herself in a performance after all. One she never would have volunteered for. The correct term for this book is "thriller". This is, in fact, a teen thriller in the purest sense. It's wholly enmeshed in the politics of 1981, from its South American politics to critiques of hostage situations to criticism of the U.S. role in Latin American dictatorships. Dickinson himself has purposefully given himself a terribly d

When ordinary people and politics clash

Published by Thriftbooks.com User , 21 years ago
What starts off as preparation for a church musical turns into a hostage situation for a bunch of perfectly normal people who are only trying to get on with life and do what they love doing. The main character is Dolly, 17, who is full of ideas on how to make this year's musical great. She and the other adults in charge of the musical have drawn up lists of which kids should be in. and which out, and are just starting to get things into full swing when a group of very politicised terrorists grab them during a rehearsal, in an attempt to locate one particular boy. There's lots of dramatic tension, especially in the second half, and good, vivid descriptions of what goes on, so you can really imagine yourself in the church, with those hostage-takers pacing in front and the sleepy children silently huddled together in the pews... But I think the best thing about all Peter Dickinson's books for children, this one included, is that he doesn't dumb down - Dolly (and the other characters in his other children's books) isn't stupid. She watches, she observes facial expressions, and she works things out for herself and the reader. And although the hostage-taking is the main event in the book, the story actually has lots of other interesting bits in it - family, parents, music, singing and politics.
Copyright © 2020 Thriftbooks.com Terms of Use | Privacy Policy | Do Not Sell My Personal Information | Accessibility Statement
ThriftBooks® and the ThriftBooks® logo are registered trademarks of Thrift Books Global, LLC