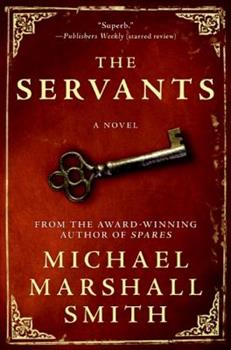 For young Mark, the world has turned as bleak and gray as the Brighton winter. Separated from his real father and home in London, he's come to live with his mother and her new husband in an old house near the sea. He spends his days alone, trying to master the skateboard, while other boys his age are in school. He hates the unwanted stepfather who barged into Mark's life to rob him of joy. Worst of all, his once-vibrant mother has grown listless and...

A Poignant, Rich Ghost Story On Growing Up and Familial Responsibility

Published by Thriftbooks.com User , 13 years ago
Alone, in a seaside English town far from bustling London, eleven-year old Mark finds solace in his solitary treks on his skateboard, until a chance encounter with an elderly neighbor yields an unexpected passage into a haunted realm. There, Mark will learn something about growing up and taking on familial responsibility, as he contends with his absent father, his seriously ill mother, and a new stepfather who has appeared, almost suddenly, in his life; an old friend of his mother's who has spent much of his adulthood living in America. This is an exceedingly rich, quite evocative novel, which mingles quite adroitly, scenes from a distant aristocratic 20th Century England with those of the present. Author Michael Marshall Smith has crafted a spellbinding, emotionally rich novel in "The Servants" that is also a poignant look at the pitfalls of Mark's early adolescence set against his mother's life-threatening illness. It is an engrossing tale told in sparse, but still, lyrical prose. A terse saga that is among the most memorable I have read recently.

A captivating story with deep meaning

Published by Thriftbooks.com User , 13 years ago
This is a gripping story that started a bit slowly for me. It took a while for me to get really interested. But after a number of pages, things started getting much more interesting. The main character is 10-11 years old, and I wondered, Can I really identify with a main character that is that young? The answer is, Yes. Years ago I learned in my literature classes, and as most of you know, in great literature, as well as poetry and even the graphic arts, there are symbols. The thing about symbols is that they are not simple but instead are usually very complex; what they symbolize and their meaning usually cannot be precisely defined. That is their strength: they leave room for the reader's interpretation, which as with poetry must often be an intuitive one. A right-brain thing. This story has symbols like that. Who and what exactly is the old lady? As I read, not only did I get drawn into the narrative and the boy's experience, I sensed meaning at the heart of the events. I found my understanding of the characters became clearer and deepened. Yet much of the mystery tantalizingly remains--those symbols and some of the action sequences. Meanwhile, I came upon gems of wisdom that read almost like poetry: Why was the old lady watching the starlings, since there were so few of them? Because "Somebody must...or they might just fly away. Never come back." "Sometimes things do change, and that's okay. You go from one place to another, become different to what you were..." "He thought maybe that was the best you could do with memories, with the way things had been. You couldn't expect to actually walk in them again....Most of the time." Highly recommended, and intriguing read that becomes part of the reader's experience, and gainfully so.

I enjoyed reading this book

Published by Thriftbooks.com User , 13 years ago
I enjoyed reading this book. This is the first work that I've read of this author and I'm thinking of checking out the other books he has written. I imagine that this was written more for the juvenile market, but I'm guessing that some adults are going to like it too. Years ago, back when I was about the age of the main character (10~13-ish) - I was really into reading books of this sort - ones dealing with some sort of "time travel". While reading this book, it brought back memories of reading some similar books - such as; "The Magic Tunnel", The Forgotten Door", "Shadow Castle", and one of my all time favorites back then "The Ghost of Dibble Hollow". I remember passing many a summer after-noon rereading these books again. Another thing this book reminded me a bit of, was a BBC series that was shown here on PBS some years ago, "Goodnight Sweetheart" - had to look the name of the show up on the internet. It too, dealt with a character that could somehow find his way back in time and return. All-in-all, I recommend it as a good week-end read.

What a sweet, lovely story

Published by Thriftbooks.com User , 13 years ago
I finished this a couple of hours ago, and I've been trying to think of how to review it without giving spoilers...because you do not want spoilers, you want to read this story and see it unfold like a flower in front of you until you smile and cry at the same time. Mark is not a happy boy. His parents have split up, his mother has remarried, and he's been moved away from his London home and the father he loves. Every day, he does all he can to make the people around him as unhappy as he is. One day he meets an elderly woman who shows him a secret area underneath his house, a group of rooms that at one time were occupied by the household's servants. Mark senses that there is more to be seen here, and he comes back again and again, each time finding out something more. Clearly there is some supernatural component to the mystery he wants to unravel, some message that is critically imporant for him to understand. As this happens, he discovers additional things about his life that might just make him rethink his opinion of what has happened to him. At some point I realized what was happening, and it was just slightly before Mark did. It is always so important for the servants to work together for the good of the house they love, isn't it? What a wonderful book. What a lovely story.

Brilliant, A "Must" Read, Bound to be Best-Seller

Published by Thriftbooks.com User , 13 years ago
This book was written by an award winning author, and there is no doubt that it is equally deserving of awards. It is superbly written and I could not put it down. It is a story that takes place on several levels at once, but to describe it as simply "another coming of age story" shows a lack of understanding and insight. It is far more than that. It focuses on an eleven year old boy, Mark, whose mother has recently re-married and is apparently dying of cancer. The hostility the boy feels towards his new stepfather, David, is brilliantly depicted as it colors every thought and motive Mark ascribes to him. He interprets every action his stepfather makes, every word said, as a challenge to his own relationship with his mother, and cannot accept the fact that his parents' marrriage is truly over. When David goes to the supermarket and always brings back only 2 or 3 cans of Diet Coke (never enough for Mark), Mark sees this as another deliberate effort to undermine and belittle him. We learn much later that the reason David brings so few cans of Coke has nothing to do with Mark, but everything to do with David's care and concern for Mark's mother: He has to carry all the groceries several blocks and is carting many huge gallons of water for Mark's mother, unable to carry much else with all the food etc. At first we see David only through Mark's eyes and Mark's distorted perception of the world around him. But as the story progresses we see David differently, as absolutely devoted to Mark's mother, marrying her, even though he knew she was dying, and spending every waking moment trying to make her happy, even tolerating and being generous towards her increasinly bratty son. As the story evolves, so does the relationship between stepfather and stepson, as Mark gradually comes to understand David. It is beautifully told. On another level, this is a story that takes place on a paranormal level, which is equally absorbing. David has moved the family from London to Brighton into an old renovated house. The family lives above the street and below at the basement level, lives a mysterious old woman. Mark is bored to death,daily doing nothing but walking along the seashore and trying to master a skateboard. He meets the old woman who invites him to tea and shows him the back of the basement rooms, which in the old days, used to be servants' quarters, a fact that David does not know. Mark's curiosity is piqued and he starts surreptiously visiting the rooms and is astounded by what he sees. As much as I would like to reveal more here, I won't spoil the story for you, except to say that with each visit the scene changes and is a terrific metaphor for what is happening with the cancer inside Mark's mother's body. The ending will bring tears to your eyes. This book might help children traumatized by divorce and resenting new stepfamilies. It shows how every incident and event can have multiple interpretations. It is also just a wonderful story.
Copyright © 2020 Thriftbooks.com Terms of Use | Privacy Policy | Do Not Sell My Personal Information | Accessibility Statement
ThriftBooks® and the ThriftBooks® logo are registered trademarks of Thrift Books Global, LLC