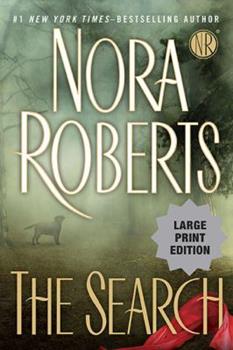 The #1 New York Times -bestselling author presents a riveting novel where a canine search and rescue volunteer fights danger and finds love in the Pacific Northwest wilderness. To most people, Fiona Bristow seems to have an idyllic life-a quaint house on an island off Seattle's coast, a thriving dog-training school, and a challenging volunteer job performing canine search and rescues. Not to mention her three intensely loyal Labs. But Fiona got to...

A great romantic thriller about dogs!

Published by Horror crazy , 1 year ago
The first six books I ever read by Nora Roberts were trilogies. I don’t own them; they were lent to me by my mom, who thought I would like them because they were supernatural romances. She was right; I highly recommend The Circle Trilogy to fans of love stories involving vampires and supernatural creatures and characters! Paranormal romance is not usually my favorite genre, but I not only enjoyed The Circle Trilogy, I also enjoyed the other trilogy, entitled Three Sisters Island Trilogy, which I would recommend to fans of romantic suspense who also enjoy books about witchcraft! I prefer stand-alone novels by any author, however; the few series I’ve ever tried to collect include R.L. Stine’s Goosebumps, The Nightmare Room, and Fear Street series, particularly because I like reading horror novels for all ages, including kids and teenagers. I also love reading suspense novels, including romantic suspense, which is why I was glad to include Nora Roberts’ The Search among my suspense novels after my sister decided to donate a boxful of her books to her local thrift store. I knew I had made a smart choice after I started reading the book! This is a wonderful story about a tough woman who, after surviving an attack by the serial killer who later killed her fiancé and his dog, moves to beautiful Orcas Island to rebuild her life. Fiona, who now runs a thriving dog-training school where she also trains many of the animals to be search-and-rescue dogs, is in for some unexpectedly pleasant changes in her life when she meets Simon, a carpenter who needs help with his new pet, a cute, but out-of-control puppy named Jaws. She’s also in for one nightmarish change when a copycat killer begins terrorizing the island. The Red Scarf Killer, who nearly killed Fiona, is behind bars, but someone is copying his grisly crimes down to the last detail, including leaving the bodies of the women they strangle buried in the woods. Fiona is convinced that he’ll come after her, and because of how deeply he is falling for her, Simon is just as determined as Fiona herself, to keep it from happening. This is a suspenseful, romantic, terrifying read that has all of the ingredients Roberts’ fans love in her books, including humor, and since I am a fan myself, I can assure that if you’re a fan of Nora Roberts’ books, you’ll devour this incredible story!

Published by Thriftbooks.com User , 11 years ago
Enjoyable read. It's a nice feel good story with everything turning out okay in the end. It's a good escape book.

Published by Thriftbooks.com User , 11 years ago
Years ago while jogging one morning, Fiona Bristow was abducted by the Red Scarf Killer, famed for strangling young women and burying them with a red scarf around their necks. While Fiona was the one who got away, the only one actually, the incident still haunts her to this day. The serial killer murdered her fiancé, Greg, who was a cop, and his K-9 dog, Kong, shattering her dreams of marriage and a family. While the culprit is behind bars, the imprint he left on Fiona's life will never fully fade. Still, as so many do, Fiona triumphed amidst tragedy. She now lives on beautiful Orcas Island, part of the San Juan islands off the coast of Washington State, where she has a cozy home, close friends, a good life and a booming business as a dog trainer. She also has three canine companions --- Peck, Bogard and Newman --- who are all trained to perform search-and-rescue missions, something to which she devotes herself with great success. When Orcas Island newcomer Simon Doyle enters Fiona's orbit, life is ripe with possibilities. Brought together by Simon's out-of-control puppy, Jaws, Fiona and Simon experience an instant, vibrant attraction to each other. The sexy craftsman who creates beautiful furniture and accessories out of wood is the strong, silent type with a gooey marshmallow center when it comes to Fiona. Just as things are heating up between the pair, though, the past comes crashing back to disturb Fiona's newfound peace. While the Red Scarf Killer is locked away safely, a copycat killer has emerged and girls are disappearing once again, only to be found strangled with the trademark red scarf around their necks. Fiona's steady world is rocked to the core, and the past is brought back with disturbing reality when the murderer sets his sights on her, the only surviving victim. Now it's up to Fiona and Simon to get the killer before he gets her. The good thing is that they have found something worth fighting for --- and fight they do. Fiona may have a murderer on her trail, but this dynamic duo is not going to take it laying down. Just as she escaped with wit, cunning and determination the first time, Fiona will fight for her life again --- but this time with Simon by her side. Can the two of them match wits with a madman and win again? THE SEARCH is one amazing book. Of course, everyone has high hopes for a new Nora Roberts title. It's a given. She hasn't written over 190 books with 400 million copies in print for nothing. We understand that. But this latest entry blows straight past the level of expectation I experience when I reach for her novels. Fiona Bristow is a character like no other. First off, she is no damsel in distress. She's strong, smart and determined, and made of sterner stuff than most heroines. But she's also warm, lovable, likeable and just good fun. She springs to life on the pages and leaves readers wishing they could find a friend like Fiona. The same is true with Simon. Women the world over are sighing and wishing

Published by Thriftbooks.com User , 11 years ago
Reading a book by Nora Roberts is like gaining a whole set of new friends. Fiona Bristow leads a quiet and fulfilled live on Orcas Island. She runs a dog school, leads a canine search and rescue group and adores living with her three dogs. When she meets Simon Doyle and his dog Jaws (you have to adore him!) she doesn't want to be interested in the moody and blunt wood artist. Ever since she nearly became the vicitm of the Red Scarf serial killer who later murdered her fiance she has been staying away from relationships with men. Simon is also not really interested in starting something with Fiona. Living on small Orcas Island and with his playful puppy is a new experience for him and he enjoys being single. However the more time Fiona and Simon spend together through obedience training for Jaws the more the attraction between them grows. When a copycat killer starts to murder young woman and it seems that Fiona might be his final victim everything changes. Staying back is no longer an option for Simon and he will do everything to make sure that Fiona stays safe. Once again Nora Roberts created a great and very entertaining novel. What I enjoyed about "The Search" are the likable, realistic characters and especially the detailed description of Fiona's job, her life on Orcas Island and her relationship with Simon. IMO this book is the perfect choice for a quiet weekend when you have time for yourself and can really dip into the story. It took me some pages to get into the book but then I loved it. I always appreciate it when an author describes her characters and what is important to them in detail so I enjoyed reading all the little things about Fiona's life and her business. At the end of the book I felt like Fiona, Simon and co. were like friends. I would definitely have something to talk about with them because I learned so much of their life through this book. I'm not really a dog lover (cats all the way!) but still I enjoyed reading about the dogs and especially the search and rescue missions fascinated me. The book starts with one of these missions and that really helped me to get a connection with Fiona and her dogs. Fiona is a true survivor and she's a very strong woman. I enjoyed everything about her and Simon's relationship. Simon is a bit moody and says just what he thinks. He reminds me a bit of Brody from "Angels Fall" who is one of my favourite heroes ever. There are some really funny scenes when Simon tries to handle Jaws and also when tries to fight against his feelings for Fiona. I loved how protective he became of her even though he didn't really want to. The mystery part of the book is not too dark and it's not about figuring out who the killer is. It's more like a character study of the murderers and how it affects the life of Fiona and the people close to her. I enjoyed that the book is not overly dramatic because that wouldn't have worked for me. So, if you love a book full of multifaceted characters, an intelligent and th
Copyright © 2020 Thriftbooks.com Terms of Use | Privacy Policy | Do Not Sell My Personal Information | Accessibility Statement
ThriftBooks® and the ThriftBooks® logo are registered trademarks of Thrift Books Global, LLC