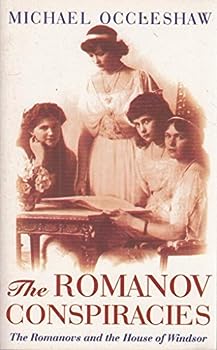 Michael Occleshaw makes a strong case that not all the Romanovs were murdered in1918 and both the House of Windsor and governments of Europe have always known it. This description may be from another edition of this product.

Published by Thriftbooks.com User , 18 years ago
I certainly don't agree with the other reviews here. This book is one of the best written about the disappearance and unsolved questions of the last tsar and his family and I have read many! Michael Occleshaw is a brittish historian and he apparently has researched a lot for this book. He speculates a great deal about which of the missing daughters who might have survived and believes this to be Tatiana who possibly was saved by the English eccentric and adventurer Richard Meinertzhagen. I found a lot of information in this book that I haven't seen anywhere else including the best known like Massie's books. It was first published in 1993 so a lot of the events of the recent years in this field are not included but still it's one of the most fascinating and informative I`ve read. I recommend it to anyone who has a geat interest in the Romanov mystery.
Copyright © 2022 Thriftbooks.com Terms of Use | Privacy Policy | Do Not Sell My Personal Information | Accessibility Statement
ThriftBooks® and the ThriftBooks® logo are registered trademarks of Thrift Books Global, LLC