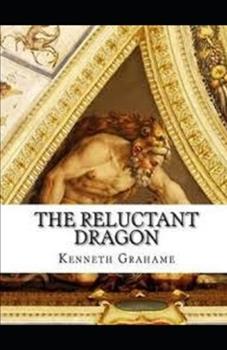 "The Reluctant Dragon" is an 1898 children's story by Kenneth Grahame, originally published as a chapter in his book Dream Days. It is Grahame's most famous short story, arguably better known than Dream Days itself or the related The Golden Age.It can be seen as a prototype to most modern stories in which the dragon is a sympathetic character rather than a threat.