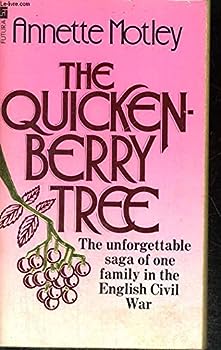 1984 FIRST US EDITION HARDCOVER This description may be from another edition of this product.

"It is a house that knows how to rejoice. And there is nothing it likes better than new beginnings"

Published by Thriftbooks.com User , 12 years ago
The story begins in 1641 as Lucy Heron, daughter of Sir George Heron of Heronscourt, is on the cusp of womanhood - and England on the brink of Civil War. The Herons are a staunch Royalist family and when war begins between King and Parliament Sir George and his oldest son Tom join the King's forces. While Lucy is still too young for marriage, family friend and ever-so-charming-womanizing-privateer Will Staunton (nicknamed Silken Will) is charmed by the promise of great beauty in Lucy as well as her formidable and forthright nature. But while the cats away at sea into Lucy's life from her mother's Irish side of the family comes Cathal O'Connor - will young Lucy fall under the spell of the charming warrior with his flowing auburn locks (um, could you?). War, family duty and tragedy are center stage as Civil War swirls around Lucy and the Heron family and although she finally makes a choice for husband there is still a soft spot for the other suitor - will she risk it all for a moment's worth of joy in another man's arms? The book covers all phases of the conflicts, the execution of Charles I, the military rule of Oliver Cromwell and his ever present spies and through the coronation of Charles II. A door-stopper at 700 pages (with small font), Motley makes excellent use of the large Heron family and their differing political persuasions to highlight the conflict and a country at war with itself pitting brother against brother, neighbor against neighbor. Nicely peopled with many memorable (and hateful) characters, best of all though is the Heron family itself. I loved them to bits and never wanted their story to end. It was such a joy watching Lucy grow in tandem with her mother's beloved Quickenberry tree from the first young sapling to a "tall and shapely" mature tree. I loved loved loved her twin brothers and their ever present hijinks, as well as family cousin Dominic the secret priest who disguised himself as a lace-frilled fop. Motley also does a great job writing the children (and there are plenty of them) without them being too cloying or irritating in their cuteness. There's a bit of sex here, but it's well spaced out and rather tame by today's comparison but there was one scene too good not to share when Will is doing the nasty with the bad girl of the piece and suddenly thinks of Lucy, "For the first time in his long and successful career as a lover of gallant ladies, he failed. Eliza couldn't believe it. Snatched from the centre of her whirlpool by an unmistakable shrinkage, she applied all her natural talents to resuscitation, thanking her stars that some traveler had left a copy of a Japanese pillow book to one of her friends at court." I'll leave the rest to your imagination, but it was priceless. I was almost going to give it four stars until the last third, but the finish was excellent and I wish there was a sequel. It is a complicated period so if you're not familiar with it you might feel a bit lost and either just bear th
Trustpilot
Copyright © 2022 Thriftbooks.com Terms of Use | Privacy Policy | Do Not Sell My Personal Information | Accessibility Statement
ThriftBooks® and the ThriftBooks® logo are registered trademarks of Thrift Books Global, LLC