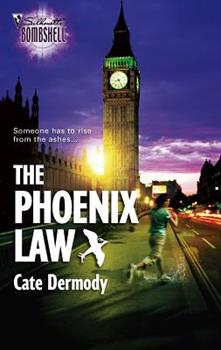 (Book #3 in the The Strongbox Chronicles Series)

by Cate Dermody and C.E. Murphy

All former spy Alisha MacAleer wanted was to lead a normal life, complete with settling down near her family. Then a hail of gunfire followed CIA agent Brandon Parker's arrival on her doorstep. He'd done the impossible: created an AI, a sentient being with artificial intelligence. The U.S. government and two powerful secret societies--hell, even Europe's top underworld figure--all wanted it. And Brandon's arrival made Alisha the last obstacle between...

Published by Thriftbooks.com User , 15 years ago
When she retired from the espionage game, former CIA operative Alisha MacAleer chose to live a quiet life near her family. Thus, when CIA brilliant inventor Brandon Parker arrives at her home under fire, she is unhappy as she wants nothing to do with the agency. He explains he trusts no one except her and had no other place to run to with his new invention, an intelligent AI computer. Everyone seems to know what Brandon has created and who he turned to for safety as they want his invention and preferably him too though he is somewhat expendable; Alisha is totally disposable and for that matter so is her family. As they run from dangerous adversaries, she takes him to the only person she thinks can keep them alive, her former lover Frank Reichart. Alisha is the key to this delightful thriller as a former spy out of the cold forced back into the game to keep her loved ones safe from apparently both sides. Her reluctance and outrage seems so genuine just as Brandon's fears and believes she is his only hope. Frank is courageous as he sees a second chance with the spy who he loves, but first he must keep her, her family, Brandon, and the AI safe. The Alisha-Frank teaming make for a top rate romantic adventure tale. Harriet Klausner
Trustpilot
Copyright © 2022 Thriftbooks.com Terms of Use | Privacy Policy | Do Not Sell or Share My Personal Information | Accessibility Statement
ThriftBooks® and the ThriftBooks® logo are registered trademarks of Thrift Books Global, LLC