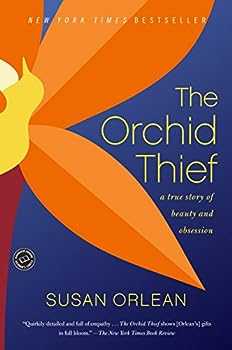 The Orchid Thief: A True Story of Beauty and Obsession (Ballantine Reader's Circle)

This description may be from another edition of this product. In Susan Orlean's mesmerizing true story of beauty and obsession is John Laroche, a renegade plant dealer and sharply handsome guy, in spite of the fact that he is missing his front teeth and has the...

An original, quirky and entertaining book.

Published by Thriftbooks.com User , 18 years ago
Susan Orlean's "The Orchid Thief" is an intriguing look at people who are obsessed with collecting orchids. Originally, Ms. Orlean's main focus was to write a profile of John Laroche in "The New Yorker" magazine. Laroche is an offbeat character who spent a great deal of time and money amassing a huge orchid collection. When Laroche banded together with a group of Seminole Indians to steal orchids from the Fakahatchee Strand, a 63,000-acre preserve in southwest Florida, he was arrested and tried for his crime. Orlean eventually expanded her article on Laroche into this book. She widened the scope of her research and came up with many interesting tidbits about orchids and those who collect them. For example, I learned that orchids often outlive human beings. In fact, orchids can theoretically live forever, since they have no natural enemies. Some orchid owners designate a person as an "orchid heir" in their wills, since the owners expect that their precious orchids will outlive them. The author has a delicious sense of wonder, a beautiful and lyrical writing style, and an eye for fascinating details. She has the ability to place the reader in the middle of a swamp, at an orchid show, or on an expedition into the wilds of South America. Not only does Orlean provide the reader with little known facts about orchids, but she also explores some of the oddities of human nature. What causes people to become so passionate about collecting orchids that they risk their fortunes or even their lives to acquire rare species of this coveted plant? When does a passion for collecting orchids become an unhealthy obsession? If you are tired of reading formulaic novels, you may want to join Susan Orlean on her exciting and memorable journey into the world of orchid collecting. You do not have to be a plant lover, a gardener or a botanist to enjoy "The Orchid Thief."

Published by Thriftbooks.com User , 19 years ago
"The Orchid Thief" is an expansion of an article written for "The New Yorker." It is well worth your while to read the book. The author enlarges on the history of collecting orchids, orchid hunters, and the flower itself. She is to be commended for her research on all and the Seminole Indians as well. Did you know the Seminoles are technically still at war with the United States? They are the only tribe that never signed a treaty.The title character, John LaRoche is almost-but-not-quite worth the focus he receives. He has a quirky mindset, an enthusiasm that is catching; but his total self-absorption gets tiresome. His knowledge and keenness for the art and science of plants is entertaining. But hey, the guy is a small time crook, a trail of unrealized dreams, and a very poor friend. In spite of many denials, I think Susan had more than a mild crush on him; why else put up with all his inconsiderate nonsense?The description of the various orchids is masterful, (How I wished for color plates!) and Susan was vivid in all interior and exterior moods in her depiction of Florida. So much so, I would state southern Florida is the underlying theme of the book. Her experiences and bravery in the beastly Fakahatchee Swamp, home of many wild orchids, are dramatic. Plunging into brackish water up to the waist, and having to toe around for submerged alligators on the squishy bottom is not for the faint of heart.Part of the enjoyment of this fine non-fictional work is the very likeable Susan herself. She tends to be shy, hates the heat, is homesick, tired of driving all over, fears the swamp, but she persists. The end result is well worth her efforts.

Published by Thriftbooks.com User , 21 years ago
I should say, first of all, that I'm getting my PhD in history. I'm not a literary critic, and I'm not as well-read as I'd like to be. But I thought this book was brilliant. It is so incredibly difficult, when writing a "true story," to choose that which is truly important and deeply evocative, that "real" histories usually end up turning fascinating stories into crushing bores. I don't know if the majority of readers appreciates the erudition required to write such a riveting history-- just think that for every tangent the author chose, she had to research several others! Anyway, I loved it-- I loved the frank discussion of her own problems with the orchid world, I loved the effortless links between "history" and "reportage," which really aren't so very different after all, I admire her ability to enter a different (and totally bizarre!) universe and look at it with humor and sympathy, and I think she must be a really interesting person herself. In my opinion, this is a model of writing the history of the present (and I love orchids myself).

Published by Thriftbooks.com User , 22 years ago
This book is about the orchid growing scene in Florida and goes on at length about smuggling of native plants from the local preserve as well as around the world, the big orchid shows held there, the feuds between the prominent growers in the area and the generally wacky demeanor of the various colorful characters involved in the activities of orchid "society" in this suspiciously hot and humid local. If you have ever belonged to a specialty horticutural society and questioned your sanity when caught up in the thrall of your favorite plant, this book will make you feel like the very picture of placid normalcy when compared to orchid growers. Humorous, and a quick read, I recommend this book to all those plant persons who are not afraid of seeing perhaps the tiniest fragment of themselves reflected in the fascinatingly consumed characters portrayed in this book.

The Orchid Thief: A True Story of Beauty and Obsession Mentions in Our Blog 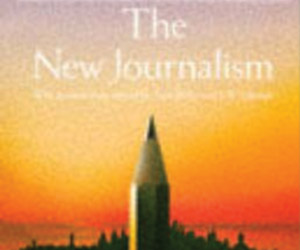