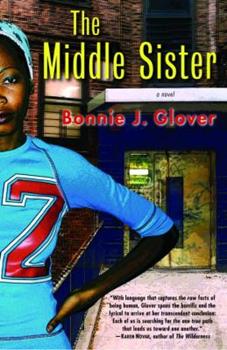 "As Kwai Chang moved through the arid desert of the American West, I would move through the equally desolate ghettos of Brooklyn, and we would each search: he for his family and I for my father. . . ." The middle of three sisters, Pamela is a quiet, thoughtful girl with a huge hole in her life-the space her father used to fill before her mother kicked him out. Occasionally, Pamela conjures up Kwai Chang, David Carradine's character, from the Western...

Published by Thriftbooks.com User , 16 years ago
Pamela Johnson is the middle sister, who along with sisters Nona & Theresa have the daunting task of keeping the sanity of their family. After their dad vacated his "Daddy" spot, the mental fabric of the family becomes tattered and it's all the girls can do to survive in the midst of their Mother's mental breakdown. BONNIE J. GLOVER'S debut novel is not a bad effort at all. In fact it's quite daring and introspective on more than just one level. The writing at times becomes a bit pretentious, but the overall effect is notable for this first-time fiction author. The Middle Sister is set in 1970's East New York where Pamela conjures an invisible friend into being, as if he were the Father figure that she'd missed since the days of her daddy's departure. In fact that is the only plausible reason for the appearance of Kwai Chang - David Carradine's character from the old action series Kung Fu - to offer the fatherly advice that is lacking in Pamela's life. This fact speaks very boldly on how one survives the devastation of life. It speaks on how the human mind places that very survival above all other situations that make up the muck of life. And that is exactly what GLOVER'S expertly crafted novel represents: surviving the muck the world sometimes offers up. And as a side motif: finding buried talents and establishing them as part of your own persona, your own legacy. [pg. 56] The lock on the apartment door turned slowly and made a grinding noise when Nona pushed it open. Theresa rolled her eyes since we had been trying to be as quiet as possible. I thought right away that I would check my toolbox to see if I had any four-in-one. I'd lubricated the lock and doorknob and get rid of that sound. Funny how I knew what to do with problems like doorknobs or dripping faucets without thinking hard. In my mind I could see exactly how I would approach a problem like that, what tools I'd use, and how long the job would take, all in a few seconds. Maybe that was my talent, fixing things like Daddy used to do. That made me smile a little inside. -------------------- No doubt Pamela's talent for solving problems and preserving the peace within is the glue that keeps this family together. And you'd better believe GLOVER gives Pamela and her sisters more than their fair share of problems to resolve, conquer and move beyond. Sometimes GLOVER does this with startling and chilling alacrity, but at other times the sobering effect of her writing is bittersweet with humor. At one point in this spectacular freshman effort the sisters have taken their Mother for a doctor's visit. Having witnessed Alzheimer's work its' mystical effects, this scene is firmly etched in my memory: [pg. 119] "That James Brown, he sure do know how to keep that head combed. Wished I could get a perm to do like his do." "Mama, you look fine. You don't need no perm. You got an Afro now. You a real soul sister." ....The door opened, and a large white woman came in holding a folder in her

The Middle Sister deserves a place in every high-school library.

Published by Thriftbooks.com User , 16 years ago
This book, The Middle Sister, by debut novelist Bonnie Glover, is a thoughtful, warm, beautifully written book that leaves the reader thinking about the characters long after the cover is closed. Glover's characterizations are right on the mark, and the pathos of the story is leavened by its humor. It is, quite simply, a wonderful read, and I can't wait for Bonnie Glover's next novel!

Picking Up the Pieces

Published by Thriftbooks.com User , 16 years ago
Middle Sister, by debut novelist Bonnie Glover, is a powerful tale about unconditional love and family. Set against the backdrop of Harlem, NY, during the 1970s, middle sister, Pamela embraces life with reckless abandonment and freedom, until her two-parent home is shattered. After her father moves out, her mother suffers a nervous breakdown and the family is forced to move from their quaint, modest, one family home to the roach infested, urine smelling surroundings of the projects. Always studious and the smartest of the sisters, the projects prove to also be challenging for someone as naïve as Pamela. To help her navigate her way through her new environment, Pamela conjures up David Caine's character, Kwai Chang, from the television series Kung Fu. Okay, I must admit, it seemed odd that someone as old as Pamela would create an invisible friend from a television series. And, is it really this friend who helps to keep her on the straight and narrow or is it her conscious? Whatever the source, coping skills were definitely necessary to survive her new home as she comes of age amidst new situations and people. Glover has skillfully crafted a poignant and powerful storyline. Middle Sister is filled with messages about family, love, survival, acceptance and redemption as well as taboo subjects such as mental illness and sexual identity. Once the reader accepts Pamela's Kung Fu side-kick, climatic plot twists and turns quickly move the storyline forward. But, it was the primary characters, as well as secondary characters, who really brought the storyline to life. Though flawed and scarred with blemishes, they were often loveable and endearing even in their most confused, sometimes most difficult moments. As I watched Pamela come of age, she would flounder and make many mistakes, some of them before thinking, but I never felt that any situation was too arduous for her to conquer. Trials and triumphs, eccentric characters, not so tidy endings make the Middle Sister an eclectic yet heartwarming read. Bonnie Glover takes us on a literary journey through the eyes of the Middle Sister characters and she does not allow us to get off until she is satisfied that it has been a journey worth taking. Solid writing, engaging characters, timeless plot and theme, vivid imagery and shocking twists and turns make Middle Sister a recommended read for those who need a change of pace. Yasmin APOOO BookClub

Published by Thriftbooks.com User , 16 years ago
At one point or another, we can all relate to searching for something in life. Whether we're searching for love, for self, or for understanding, the search never really ends. In Bonnie Glover's debut novel, THE MIDDLE SISTER, she focuses on this search as she introduces us to characters who are on the journey to finding themselves and those around them. We meet Pamela, her imaginary friend Kwai Chang, her two sisters, and her mother. The story follows Pamela's growth from a young girl and the problems she encounters growing up after her father exits their lives. We also are privy to the many changes on the surface of her life, such as her mother's depression and mental instability. Battling against the dilemmas of their young lives, they encounter many struggles caring for their mother, maintaining a household, and growing into women. As they mature and start relationships outside of their family, they take one step closer to really understanding and seeing each other for who they are, accepting of their flaws, societal abnormalities, and past hurts. Shortly after beginning the novel, I felt it seemed a bit weird for an imaginary friend to be popping up -- mostly announced -- throughout the story. Why would a young black girl in the projects choose to conjure up a Kung Fu character to guide her through the experiences of life? It seems Kwai Chang served more as her conscience or as her advisor since her father was gone and her mother appeared to be mentally unstable. In the vein of most contemporary books bordering on literary fiction, THE MIDDLE SISTER makes you think beyond the words, beyond what is actually being said. At the end, I was left with the true meaning of family -- flaws and all -- and following one's own search for identity and the unconditional love of family. Reviewed by Tee C. Royal of The RAWSISTAZ™ Reviewers

Published by Thriftbooks.com User , 16 years ago
I loved this novel. Glover uses the gritty setting of black American urban culture to portray a very human and universal story of growing up, facing challenges, and taking bittersweet leave of childhood things. I found the cultural aspects very interesting - I like learning about environments and settings I know very little of (I grew up and live in Asia), and this added immensely to the book's appeal- but I reckon this is no more a "black American" story than, say, Heart of Darkness is a travelogue about a group of men going up an African river. Told from the appealing and genuine first person voice of Pamela, the middle of three sisters, it's really about family, and as in all great novels, the immensely engaging characters, while grounded in the setting (and necessarily so), transcend the setting to speak to everybody. The story unfolds naturally and organically and authentically-nothing is forced, no shoe-horned happy ending, but the ending is deeply satisfying nonetheless. The novel deserves to bust through to a wide readership.
Trustpilot
Copyright © 2022 Thriftbooks.com Terms of Use | Privacy Policy | Do Not Sell My Personal Information | Accessibility Statement
ThriftBooks® and the ThriftBooks® logo are registered trademarks of Thrift Books Global, LLC