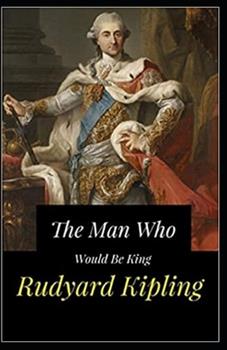 The Man Who Would be King Illustrated

"The Man Who Would Be King" (1888) is a story by Rudyard Kipling about two British adventurers in British India who become kings of Kafiristan, a remote part of Afghanistan. The story was first published in The Phantom Rickshaw and other Eerie Tales (1888).It also appeared in Wee Willie Winkie and Other Child Stories (1895), and numerous later editions of that collection. It has been adapted for other media a number of times.