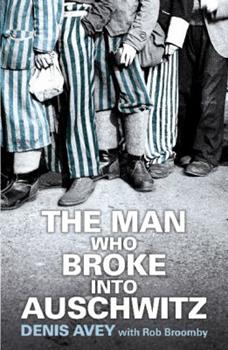 The Man Who Broke Into Auschwitz

by Rob Broomby and Denis Avey

The Man Who Broke into Auschwitz is the extraordinary true story of a British soldier who marched willingly into the concentration camp, Buna-Monowitz, known as Auschwitz III. In the summer of 1944,... This description may be from another edition of this product.

If you're looking for a recounting of the goings on at Auschwitz, look elsewhere

Published by Thriftbooks.com User , 4 years ago
This book is hardly about the horrors inside the gates of Auschwitz, but is more about the man's military career. The first chunk of the book is about his experience in war, and if you like those kind of biographies then go for it. The portion of the book where he actually recounts seeing brutality in Auschwitz is very short. He swaps places with a man who he knew as Hans, a Jew who was imprisoned in Auschwitz when he was a POW outside of Auschwitz, so that he could get a better look at what went on inside. But, he hardly detailed what he saw. And I wouldn't really call it "breaking in," he donned the stripped uniform and shuffled in with no real purpose other than witnessing what went on there. It was a big disappointment for me. I thrive on Holocaust memoirs, and this was not what it was advertised as.
Trustpilot
Copyright © 2022 Thriftbooks.com Terms of Use | Privacy Policy | Do Not Sell or Share My Personal Information | Accessibility Statement
ThriftBooks® and the ThriftBooks® logo are registered trademarks of Thrift Books Global, LLC