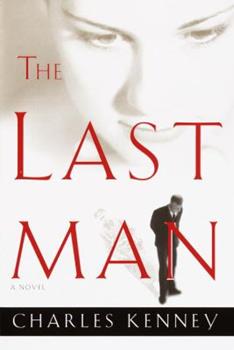 For decades Gerta Wahljak has been haunted by a photograph of ten Nazi officers taken in the concentration camp where she was imprisoned during the Holocaust. Since emigrating to the United States, she has carefully traced and recorded the fates of nine of these men. But there is one whom she has been unable to track--until now. While Gerta waits in her Boston cardiologist's office, she sees another patient who she is almost sure is the last man...

Published by Thriftbooks.com User , 17 years ago
This is the first book I have read in this kind of genre...something different from what I usually read...anyway, I found this story to be very heartwarming and I found myself to actually care about the characters in the book. If you are looking for something that is different from the usual "thriller", pick up this book, this is one that you may learn something from....

A Thoughtful and Moving story

Published by Thriftbooks.com User , 20 years ago
This book touches on many themes, but most forcefully delivers a story about forgiveness that brought tears to my eyes.The Nazi who loved a Jew, and did everything imaginable to save her from a concentration camp; the abandoned and emotionally abused boy who did everything imaginable to discover the hidden truth of his mother's death; and that same boy's own heroism in forgiving his father's responsibility for the mother's death. The same theme resonates in the resolution of revelations that come from the discovery of the truth of his lover's family's past and their involvement with the Nazi Reich.The tension I felt between abhoring the Nazi in hiding, and then being moved by discovering his heroism was what really made this book for me. It is so hard, as a Jew, to look beyond the general pure hatred that word Nazi brings forth. It is hard to forgive any of them, despite what we know about their situation. My own grandfather was murdered in a Camp and yet, I found it satisfying to find a character that I could sympathize with despite his allegiances. And the main character in this book was very appealing too.This book, although it brought tears to my eyes, made me feel good as well, because it gave me hope that there is the possibility of acceptance and closure from even the most atrocious circumstances.

Published by Thriftbooks.com User , 20 years ago
This is the first review I have written but this is one of the best books I have ever read. It combines history with fiction beautifully. Anyone interested in learning more about the horrible Nazi death camps will find this book fascinating

Published by Thriftbooks.com User , 20 years ago
In 1942, ten men wearing SS uniforms attend a dinner party at the Thereslenstadt Camp in Czechoslovakia. Inmate Gerta Wahljek is ordered to take a picture of the event and make a copy for each man to keep as a memento of the evening. Gerta retains one picture for herself and when the war ends she takes the photograph with her to America. Over the next five decades, Gerta tracks down nine of the participants with only Friedrich Schillinghaussen remaining unaccounted for during the entire time until now. She thinks she has located Friedrich in the cardiac gerontology unit of a Boston hospital. She tells her son of her discovery and he uses his political clout to launch an investigation into the life of Freddy Schiller, a person with no documented past and currently married to a Jewish rights activist. Will the inquiries prove Gerta correct and substantiate the activities of a man in love during wartime or will it turn into a witch-hunt of an elderly man? THE LAST MAN is a fascinating story that demonstrates that morality is often jello-like and difficult to grasp, making it impossible to serve as judge and jury when choices are done under horrific circumstances. No one is evil, but everyone is flawed and doing what they can to survive as human beings during wartime. The climax is a believable shocker as Charles Kearney makes what seemingly is impossible possible.Harriet Klausner
Copyright © 2020 Thriftbooks.com Terms of Use | Privacy Policy | Do Not Sell My Personal Information | Accessibility Statement
ThriftBooks® and the ThriftBooks® logo are registered trademarks of Thrift Books Global, LLC