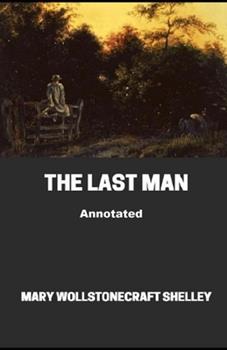 The Last Man is an apocalyptic science fiction novel. The book tells of a future world (the first-person narrative is that of a man living at the end of the 21st century) that has been ravaged by a plague. The novel was harshly reviewed at the time, and was virtually unknown until a scholarly revival beginning in the 1960s.