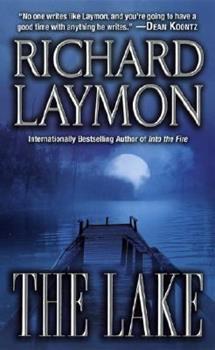 A terror from the past returns to haunt Deana, who must now pay for the mistakes her mother made all those years ago during that fateful summer by the lake.

Published by Thriftbooks.com User , 12 years ago
I thought this book was very good. From all the bad reviews I thought it was gonna be bad but i was surprised. I thought it was suspenseful and intriguing. There were a few parts I didn't care for. That's why it only got 4 stars. I didn't like how easy it was to figure out who the killer was. SPOILER. Also a part in the book were after they found out who the killer was they were at Leigh's house waiting because they were afraid he was gonna come and take Deana. It was Leigh, Mattie, and Deana. For some reason they left her at the house BY HERSELF. And sure enough he did take her. but except for those few things it was a great read.

If you can handle it you will love it!

Published by Thriftbooks.com User , 15 years ago
Call me crazy but I loved this book! I walked by it three times, on three separate occasions and hesitated based on the lukewarm and bad reviews it got here but I'm happy I finally got the guts to trust my own instinct and I got it anyway. I don't see how this was bad nor boring, are we reading the same book here?? What's going on is what I asked myself, because I was waiting for those bad parts to happen but instead the book pulled me into the insane story and I literally could not put it down. Laymon writes some pretty gory, intense and horrific scenes and this book started with one of them. If you don't like that kind of a book, then stick to gentler Dean Koontz, whom I also like and who suits more people's palates. In a nutshell this story is about Leigh, the mother who has some past secrets that connect her to the lake and its inhabitants. Her past comes to haunt her later as her own child ends up a target, perhaps by a random madman or someone that Leigh has wronged in the past. The story follows the past and the future and delivers a dynamite suspense and plenty of steamy lustful scenes. The Lake is a vortex of sorts, a place where teenage Leigh went to when her parents send her away in order to calm down and relax, instead her hormones got in the way and she ended up meeting Charlie. I have never in my life read a book where the female characters were this horny, but I got over it and it made the story tighter. I was fascinated reading about Lake Wahconda where one hot summer she had a lusty affair that ended up in a tragedy that would haunt her for longer than she knew. The descriptions of the warm days, the kayaking, the fishing, food and happiness she felt at the beginning were wonderful to read, I could see the glassy black surface of the lake as she rested on the pier. Happy days were interrupted after a love affair gone badly. Her daughter Deana was born nine months after that tragic day, as you can imagine what Leigh did with Charlie. Unknowns to Leigh and her Daughter, eighteen years later another tragedy strikes, as Deana and her boyfriend Allan are caught in a nightmare, where he ends up dead and Deana is chased by a man who took his life. She manages to get away but things are never the same again for her and her mother, as they are targets for as long as they are alive. Both the mother and daughter try to move on and begin to get involved with men, who act questionably and who do not get too much trust form the reader. Laymon's writing made everyone a suspect, as bodies kept piling up and strange behaviors in the West house kept occurring on hourly basis. The story is not hard to follow but can be spoiled easy, as many men and women in it are entangled in Leigh's past, and who pose a secret threat to her and her daughter. Eventually one of them gets in a big mess and a kidnapping and the story takes on a wilder turn as the clues come together. I thought that the characters were fleshed out enough, as Laymon wrote many page

Published by Thriftbooks.com User , 16 years ago
Although many of Laymon's standard techniques and theme's are present, the overall plot is a little more convoluted than in his other recent novels. The story centers around a mother and daughter who are having a hard time of life. The mother was a wild child of the 60's and was involved in something horrible. In the present, the daughter goes through something similar. Soon the pair dealing with the police on an almost hourly basis as they seem to have become a target for some sort of madman. These two women definitely have a tough time as they just seem to have bad luck all around. Past troubles and present troubles entwine and combine to make sure that their lives are anything but smooth and happy. The ending, with its afterword, is also a little unusual for Laymon's novels but it works. Fans of COME OUT TONIGHT will see some similarity with character creation and implementation and many will recognize Laymon's tendency to show that dark things wander and prowl the dark nights. The title is a little unusual as it is a long time before there is any lake to speak of. I was bothered by on scene where characters become totally stupid and leave the daughter alone and unprotected as if it were the right thing to do instead of her going with her mother. But other than that it is fairly good but not one of Laymon's best. A few too many plot threads for many readers but a must for long-standing fans.

Published by Thriftbooks.com User , 16 years ago
The Lake is my 11th Richard Laymon book and I really enjoyed it. The book was intertaining and very enjoyable. Yes its not one of his best but I recommend getting it

Published by Thriftbooks.com User , 17 years ago
As a teen, Leigh was a rebel protesting the Viet Nam War so her parents decided she needed a change of scenery sending her to her uncle an aunt's home in Wisconsin where she met studmuffin Charlie Payne. Leigh chased after the shy man who was intimidated by his mother until she finally caught him. They made love in an abandoned house, but as Charlie was leaving he fell through the floor, hit his dead, and died. His mother claimed Leigh killed her son, but the police ruled it an accidental death. She returned home pregnant. Eighteen years later Leigh's daughter Deana is on a date with Allan when a man carrying a cleaver and wearing a chef's hat chases after them and kills the lad. The culprit is the former chef at Leigh's restaurant, who was recently fired. Macer, the detective in charge, becomes romantically involved with Leigh. When the police catch Allan's killer, Leigh feels safe, but she soon will learns she is wrong because someone is coming for her and her daughter. Richard Laymon is a Bram Stroker award winning horror novelist who proves he can switch genre gears by writing a fantastic thriller as well. From the very beginning, the action explodes and just accelerates beyond warp speed and yet allows for a strong believable relationship between mother and daughter even when stress threatens to destroy it as both want to protect the other. The story line is loaded with surprises so that the audience never knows what will happen next. This totally absorbing crime thriller will have readers enthralled and unable to put it down until the last page is turned. Harriet Klausner
Copyright © 2020 Thriftbooks.com Terms of Use | Privacy Policy | Do Not Sell My Personal Information | Accessibility Statement
ThriftBooks® and the ThriftBooks® logo are registered trademarks of Thrift Books Global, LLC