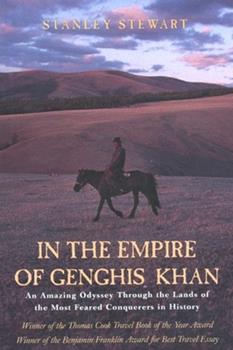 The Jungle is Neutral: A Soldier's Two-Year Escape from the Japanese Army

THE JUNGLE IS NEUTRAL makes The Bridge Over the River Kwai look like a tussle in a schoolyard. F. SPENCER CHAPMAN, the book's unflappable author, narrates with typical British aplomb an amazing tale of four years spent as a guerrilla in the jungle, haranguing the Japanese in occupied Malaysia. Traveling sometimes by bicycle and motorcycle, rarely by truck, and mainly in dugouts, on foot, and often on his belly through the jungle muck, Chapman recruits...

This man coined the phrase.

Published by Thriftbooks.com User , 12 years ago
Chapman delivers this book's greatest insight on page 97: "The truth is that the jungle is neutral... It is the attitude of mind that determines whether you go under or survive." The rest of his story is application: How to operate behind enemy lines with minimal outside support while your environment tries to eat you. I would have preferred reading this book in 1968. That said, I'm pleased that he wrote it at all and grateful that my instructors passed along his distilled wisdom. Did Chapman write a good war story? I have no idea; I don't read them. I simply sat enthralled at the man's feet for 347 pages (including photos and maps), a neophyte (albeit bloodied) jungle operator taking instruction from the master.

Published by Thriftbooks.com User , 15 years ago
This book could easily be overlooked as an outdated World War 2 yarn. For years "The Jungle is Neutral" was regarded as the Bible of jungle warfare training. For the 21st Century reader, it is an amazing,uplifting tale of the human spirit overcoming overwhelming odds. A must read for the professional soldier.

Published by Thriftbooks.com User , 22 years ago
There are so many interesting pieces of information in this book that they make the read worth it. The literary quality is not high but the text does not get in the way of the contents. It begins with day-by-day accounts of guerilla warfare in the jungle but the at the end gives more of an overview of events. Read and be baffled by a man that lived through disease and dangers beyond your imagination.

The WWII tactical equivalent of "Seven Pillars of Wisdom"

Published by Thriftbooks.com User , 23 years ago
This book was used as a primer for jungle operations by the Ex-Nazi units of the French Foreign Legion during their involvement in Indochina from 1947 - 1950.Although it lacks the literary quality of Lawrence's "Seven Pillars of Wisdom," it is without a doubt the tactical equivalent.A must-read for the professional military officer.

Published by Thriftbooks.com User , 23 years ago
Mr Chapman's true account of his existence in maylaysia in a stay behind party is captivating. It reads like a diary but also an awsome survival guide for anyone lost in the jungles of the far east; also contains maps and recipes. I understand some soldiers were made to read this as an assignment. But, and this is the beauty of this book, its value is not limited to the poor bloke who has to fight charlie, mosquitoes and dissentary: this is the picture of a real man, nothing to do with the men of leisure that we've become today in the west. Real nerves of steel...I'd have died within three weeks of the ordeal, I can almost guarantee that.
Trustpilot
Copyright © 2022 Thriftbooks.com Terms of Use | Privacy Policy | Do Not Sell My Personal Information | Accessibility Statement
ThriftBooks® and the ThriftBooks® logo are registered trademarks of Thrift Books Global, LLC