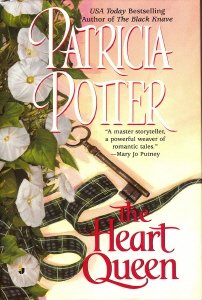 (Book #2 in the Scottish Trilogy Series)

Time can turn a Scottish warrior into a lord, but only one woman can tame his heart.A master storyteller, a powerful weaver of romantic tales. (Mary Jo Putney)Praise for The Black Knave:A rousing tale... This description may be from another edition of this product.

Doesn't Quite Measure Up to Black Knave & Diamond King

Published by Thriftbooks.com User , 17 years ago
Neil Forbes was a decent, handsome, and tortured man, but he wasn't nearly as interesting as Rory Forbes or Alex Leslie. On the other hand, Janet was very similiar to Bethia and Jenna in personality. This story did not have the intensity the others had, either. It was good, but a little flat.

A one sitting read

Published by Thriftbooks.com User , 20 years ago
In 1738 Scotland, Neil Braemoor learns a lesson about love and life. He knows he loves Janet Leslie with all his heart, but will never have her even though she loves him as deeply. Neil's uncle explains that coming from the wrong side of the sheets makes his blood inferior to the blue-blooded Janet and can only lead to trouble. Neil does the noble thing by stepping away from his beloved. Janet ultimately married Alasdair Campbell when she felt Neil betrayed their love because she cared for Alasdair's three young daughters not her suitor. A decade is a more than a lifetime in the Highlands and by 1747 many things changed. With the death of his uncle and his cousin and another cousin assumed dead, Neil is the Marquis of Braemoor. At the same time an unhappy Janet prays that her abusive husband dies. When Alasdair does everyone believes Janet killed him. With no safe place within her present home or that of her patriarchal family, Janet flees to Neil for protection. He takes her in only to have their love blaze brightly again, but conspiracies abound to kill both of them. THE HEART QUEEN is an exciting sequel to the fabulous BLACK KNAVE. In fact it is the Black Knave who kills Neil's cousin. This tale fits quite nicely with the previous book, but nicely stands on its own story line that centers on some positive, some negative, but often strange bedfellow relationships. Within that mix, the charcaters are a powerful cast, not just the charming lead duo. Scottish historical romance fans will relish Patricia Potter's pleasant page-turner.Harriet Klausner
Trustpilot
Copyright © 2022 Thriftbooks.com Terms of Use | Privacy Policy | Do Not Sell My Personal Information | Accessibility Statement
ThriftBooks® and the ThriftBooks® logo are registered trademarks of Thrift Books Global, LLC