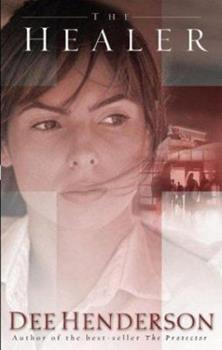 Book 5 in The O'Malley SeriesA CBA BestsellerRachel O'Malley is a trauma psychologist who works disasters for the Red Cross; her specialty is helping children. Captain Cole Parker has spent the last year fighting fires, investigating arson - and falling in love with Rachel. When a flood surges through their community, it's a chance in the midst of tragedy for them to spend some precious time together. But the floodwaters conceal a crime scene, and...

Published by Thriftbooks.com User , 18 years ago
Dee Henderson, you've done it again! The fifth book of the O'Malley series, "The Healer" will just captivate you! And if you've read all three books and loved them as much as I do, I'm sure you feel a part of the O'Malley family now!The O'Malley family consists of seven brothers and sister, three boys and four girls. Since they were little they had been in the same orphanage and when they got out of the orphanage, they decided to 'adopt' each other, taking the name O'Malley as their family name. They all have very important jobs, Marcus is a U.S. Marshal, Kate a negotiator for hostage situations, botched-up robberies, etc., Jennifer is a doctor, Jack a fireman, Stephen a paramedic, Rachel a trauma psychologist, and Lisa is a forensic pathologist. This story is about Rachel O'Malley, 'the healer'.Rachel O'Malley by the faith and prayers of her family is now a Christian. But being a trauma psychologist is a tense and stressful job. Working at disasters for the Red Cross, trying to heal the lives of children torn apart by parent's divorces, Rachel finds it hard at times to trust in Jesus to help her let go of the hurt she sees. Captain Cole Parker, captain of a fire company who has spent the last few years fighting fires and trying to stop arsons. A devout Christian from a young age, Cole sticks by Rachel and helps her through the hard times. It is inevitable that they become closer, even reaching the point of falling in love.But in the midst of Rachel of having to deal with the fact she might lose her sister Jennifer to cancer, tragedy strikes. When Rachel's sister Lisa O'Malley discovers a murder scene discovered in a flooded community, it is suspected that there may be a second victim. Things become worse when there is gunfire at a local school. Children are injured, children are dead, and what's so terrible is that the shooters were children. But the mystery begins when one of the bullets matches the one which had killed the victim in the flood. And that gun has disappeared. What is going on, how are the two cases connected? Rachel, Cole, and the O'Malley's must race to find the missing gun, before tragedy repeats...Of all the books, I think that "The Healer" is one of the weakest in the series in that there isn't much of a mystery. I had already guessed much of the plot and most of the guesses were correct. But I must confess, this story is the most emotionally and spiritually touching of all the O'Malley books. From the aftermath of the shooting to Jennifer's sickness, there were moments where I felt like crying. Dee Henderson is a master at letting you get caught up into the story. The characters are likable, and I especially love Cole!These are five books in the O'Malley Series in order, all highly recommended:#1 "The Negotiator", Kate O'Malley's story. One of the best of the series.#2 "The Guardian", Marcus O'Malley's story, the oldest of the O'Malleys. A great love story with an incredibly suspenseful plot!#3 "The Truth Seeker", Lisa O'Mal

By Far My Favorite in her Series!

Published by Thriftbooks.com User , 18 years ago
I've read the entire O'Malley Series and Rachel is my favorite character in the "Family." I didn't find the storyline about the school shooting any less (or more, for that matter) plausible than the storylines in the previous five books. Dee designed these family members to be magnets for trouble. The read is much smoother if it's an accepted truth in the beginning rather than trying to hash it out as you go.I found the situation with Rachel's sister, Jennifer, was very well handled. My mother was dying from cancer when I originally read this and I bawled, but in a good way, during her moments in the book. I'm now reading it again, especially Jennifer's parts, to gain insight into how my mother may have been feeling before her death. I also appreciated the fact that Rachel was already a Christian at the onset of this story, having to deal with a new faith during such trying times rather than explain why the character didn't believe through most of the read as happened in the other books. A refreshing change in my opinion.Finally, I absolutely loved Rachel and Cole's relationship. Their first kiss had my hair standing on end. Very well written.In all, this was a fantastic book. One I'm reading again, and will be passing on to friends.

Published by Thriftbooks.com User , 19 years ago
The O'Malley's are a great example of how a family should be. They stick together through everything. "An O'Malley calls, an O'Malley comes". This motto is everywhere in this story. The series is written in order and should be read in order and don't miss the prequel, "Danger in the Shadows". You will fall in love with this family as well as their friends. If you haven't read any of the others this is not the one you should start with. The character and spiritual growth of the characters builds with each novel so it's best to start at the beginning! I love the entire series but this is the best of them all! I haven't cried over a book since I was in high school but this one had me reaching for tissue over and over. I can hardly wait for Stephen's story!

Published by Thriftbooks.com User , 19 years ago
If you haven't read the other books, you will need to read them first in order to fully appreciate this book. Rachel is the one you turn to when life deals you a hard blow. She is the go-to girl in a crisis, capable of sharing your pain and lightening your load. Just two questions, how much can she absorb before reaching her limit? And, who does the go-to girl turn to?Once again, I find myself falling in love with each member of the O'Malley family and the friends that they have made along the way. Mrs. Henderson continues to show more and more of their past while painting such wonderful pictures of their future. I thoroughly enjoyed the men in Rachel's life.I can't wait for Stephen's story! Enjoy!
Copyright © 2020 Thriftbooks.com Terms of Use | Privacy Policy | Do Not Sell My Personal Information | Accessibility Statement
ThriftBooks® and the ThriftBooks® logo are registered trademarks of Thrift Books Global, LLC