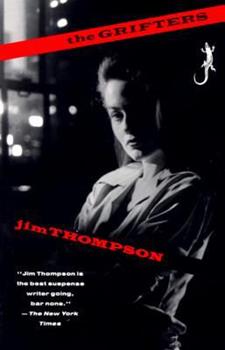 Roy DIllon seems too handsome and well-mannered to be a professional con man. Lilly Dillon looks too young--and loves Roy a little too intensely--to be taken for his mother. Moira Langtry is getting too old to keep on living off the kindness of male strangers. And Carol Roberg seems too innocent to be acquainted with suffering.

Published by Thriftbooks.com User , 20 years ago
I saw the movie version of the Grifters when it was released in 1990 and really loved it. I finally got around to reading the novel and was very impressed. The book is a very quick read, but manages to pack in a great deal of enjoyable material. The book chronicles the story of Roy Dillon, who is a second generation grifter. His mother is Lilly Dillon, who works for the mob, and one of the most ferocious women ever created for fiction. Roy works the short-con, cheating businessmen and people in bars. He meets Moira Langtry, who has a history of pulling long-term con jobs with an ex-boyfriend. She tries to convince Roy that they should team up, with disastrous results. The book is gritty, with vivid characters and a terrific ending. I've read quite a few Thompson novels and this is the best. In fact, it may be one of the best pulp novels ever written.

The most in-depth study of Characters and Life

Published by Thriftbooks.com User , 21 years ago
The Grifters was the first Jim Thompson book I read. This book made him my favorite author of all times. The characters are alive, with you, next door. Anyone who wants to live on the edge.Lilly and Roy live on the wild side. Jim Thompson sucks you into their world. This was no 400 page novel with lots of filler, it was written with broad knowing strokes. I want to own all of his books. I did read others but this is my all-time favorite. Lilly was a tough strong mom who happened to be a grifter but wanted better for her son Roy, above all they were survivors, at any cost. I must say I find the infrences and hints to incestuous desires non-existing This was only played out in the in the movie. I'll have to read it again. I would love to own a hardcover edition but alas it's out of print. I can't afford a first-edition. But alas who knows what the grift will bring.

low-life cons; it's a family affair

Published by Thriftbooks.com User , 21 years ago
Jim Thompson, known as the king of 'noir' crime novels, has a style which might not appeal to everyone. His novels consist of characters that have the look, feel and sound of B-movie gangsters. Yet his stories always contains at least one character that is either extraordinarily vile or pathetic (a hapless loser).In The Grifters we are entertained by three rotten individuals: a "nickel-dime" con artist ("grifter"), his equally crooked youthful mother, and his older girlfriend who'll do just about anything for money. It's the interplay between these characters rather than the crime themselves which are most fascinating. In effect each character tries to manipulate the other to his/her pure selfish advantage. Love? You won't find any in this book. Oh, and the ending is really g-o-o-d.Bottom line: sleazy, depressing yet utterly compelling. Amongst Thompson's finer works.(The film adaptation of The Grifters is also highly recommended.)

The Star After Cain and Chandler

Published by Thriftbooks.com User , 22 years ago
Now we Americans recognize the writing of Jim Thompson and deem him a worthy successor to Cain and Chandler. When he first came out though, in the 1950s and 1960s, he was more readily admired by readers abroad. Movies of his work were not made until relatively recently. Grifters are con men and women. In this novel, Thompson has the grifters down cold. The leads are Lily and her son, Roy. They have a very high tension relationship with one another and the the latent sexuality lurking between them is not the least of it. Marching directly into the midst of this deadly duo is Moira, also a con woman, and Roy's present girlfriend. Moira gets the not so bright idea of stealing money from Lily. These are all fascinating characters, very dark and compelling with not much in the way of redeeming features. This is a great novel with the same hard boiled edginess that Cain and Chandler used. This was made into a movie with Angelica Huston as mother Lily, John Cusack as son Roy and Annette Bening as Moira. It couldn't have been cast any better as they were superb with the first rate screenplay. The movie was moved up to present day LA whereas the book was set back in the 1950s. I highly recommend both.

Dancing With the Devil

Published by Thriftbooks.com User , 22 years ago
"The Grifters" is another of Jim Thompson's electriccharged dances with the devil. It is so hard and so brutally bleak thatit undercuts what passes for reality and gives us the real truth thatis right out there in front of us with people like Moria and Royand Lilly whom we would rather not see and therefore do not as wepass them by on the street. Jim Thompson saw them though, and for thatI am so grateful. Thompson was a stunning writer and this is one ofhis best books. He broke such new ground back in the fifties andsixties and his books still resonate with passion and ultimate greedand fear of finding it and never attaining it, not one single time,just more grittiness, more grubbiness. Thompson writes them asthem. He is there in the snake pit along with his characters. He knowsthem from the inside out. There is such fatal laughter in his words Ican almost feel the death shroud in them, for that is the grave theydance beside, right on the lip of it. Roy is a small time con who wantsto make the big time. Lily is his mother who has all the spider traitsof a Thompson woman, hard and bitter and cold even inThompson's world. Moria doesn't stand a prayer. No one in Thompson'scruel and real and terrifying world do. Roy chases his own"golden frammis", that unobtainable dream, and Lily-well,Lily lusts after her son sexually for sure, but money is something thatkeeps better and what Lily does to him to get that next installment onthe ladder to frammis attaining is so true and so startling, evennow, that it hurts the eyes to read it, as she steps out into the Cityof Angels. Medea, listen up. Thompson held me enthralled one summer asI read all of his books in a row. His characters sometimes narratethem apparently from hell. The violence is so unremittingly grotesqueyou have to back away from it, but these are not sideshow characterslike on daytime TV talk shows. These are real people, admit it or not,more screwd up than us perhaps, or just more willing to not hide it,and many are insane, and Thompson got in those minds, like Lily'sand brought them to a kind of unapologizing life, and I admire themfor their terrible honesty, in their skin stripped teeth baredclaws extended grasping for whatever pleases them in their crudemotley little world where you can almost smell the sweat soiled sheetsof little cheap hotel rooms and the sick fear that sleeps so uneasilyon them, as well as see those speckled bathroom mirrors where thesepasty faced red eyed ultimate losers see their faces in the morning andknow the pain is just going to get worst. But they don't know what elseto do. Who does, ultimately? I was galvinized from the first ofhis books. "The Grifters" is roman noir at itsvery finest. There is such a knife edge cut to Thompson's words, sucha fever in them that they seem to be written in a runaway passionthat is a mad rushing to a hell worse than the Biblical one, like wasfound in "The Getaway" that beggers any kind ofdescription. And the thing is, if they had

The Grifters Mentions in Our Blog 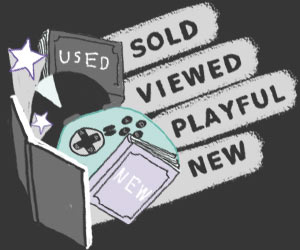 Sold Viewed Playful New: The Noir Edition
Published by Terry Fleming • January 27, 2022
Welcome to Sold, Viewed, Playful, New, where we spotlight popular/fascinating/favorite items in four distinct categories. Sold, for used books. Viewed, for DVDs or Blu-rays. Playful, for board, card, or video games. And New, for new books. Check out our selections—we're sure you'll find something to intrigue you! This month, you get the skinny on the shadows, where bad ideas are more plentiful than popcorn...spotlight and zoom in on Noir hits.
Read Article
Trustpilot
Copyright © 2022 Thriftbooks.com Terms of Use | Privacy Policy | Do Not Sell My Personal Information | Cookie Preferences | Accessibility Statement
ThriftBooks® and the ThriftBooks® logo are registered trademarks of Thrift Books Global, LLC