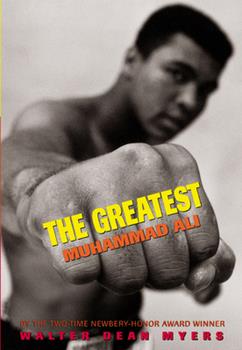 An award-winning author presents a riveting account of the extraordinary career and accomplishments of boxer Muhammad Ali. This biography chronicles Ali's impact on race relations inside and outside the sports world.

Published by Thriftbooks.com User , 16 years ago
Genre: Biography Three Sentence Summary: This story was a bout an african american boy who got his bike solen and reported it to the sherif and the sherif like all kinds of kid every color and so he wanted to help him out and he over head the kid saying he is ganna beat up the kid who stole it so the sherif asked if knows how to fight and after that day he has been one of the Greatest boxers. What I Like most about the book:When he tells about how things were in the 1800's and how racisms went on when he was a kid. What I didn't like and why: I didn't like how he was treated because he was black and all the whites treated him bad. My favorite charicter and why: Curtis is my favorite character because he wanted to start boxing and after how every one treated him he didn't quite i keep going and thats what i like to see people that don't give up. the scene, line , or passage that meant something to me and why( page#): when the sherif gives him a boxing deal to keep him out of trouble. What I would say about the this book to someone else: The book is a goog book and if your into sports even boxing you will like it. One question i have after reading this book: has boxing changed from when boxing started to now. My strongest reason for recommending this book: Its a good book and I think that i tell about his problems that he had in trying to make it out of the bad life that he started in.

Published by Thriftbooks.com User , 18 years ago
This story is a portrayal of a young boy named Cassius Clay who grows into one of the greatest boxer's of all time. Walter Dean Myers presents the amazing story of Ali's life and his rise as a champion, his politics, and his battle against Parkinson's disease. It is a story of determination, energy, pride, and strength. From a daring young boxer with disease, Myers covers Ali's life with prowess and honesty. Ali's accomplishments, both in and out of the ring, present him as a man of principal, willing to take risks to achieve his goals. Ali was a young man with a lot of boxing talent who grew up in Louisville, Kentucky. Raised by his grandmother, Ali possessed a work ethic of none other. Although Ali was a great fighter, racism and disouragement made it hard for Ali to achieve his goals. If tou choose to read The Greatest you will experience fast paced action, crisp writing, photographic events and personalities, and vivid fight scenes. Ali followed his heart and became a symbol respected by all races, religions, and ideologies. Ali was the world heavyweight champion four times and may be the greatest boxer ever to step foot in the ring. Delving into the civil rights and the Nation of Islam, Concientios objector status during the Vietnam war, and the danger of boxing. Myers presents a man of courage and inspiration. The story gets in depth with Ali's fight against Parkinson's disease and how he fought in the ring. "Float like a butterfly and sting like a bee" was Ali's famous line. He was well known for his cocky attitude and he was also the center of attention. Ali's story is a great one, thus, that is why he is the greatest. I would reccommend this story for anyone to read, it is really a great book.

Published by Thriftbooks.com User , 18 years ago
This is a perfect book for a kid 14 or 13 years old and younger - it's a fantastic introduction to Muhammad Ali - I just bought it for my friends son - he's 12 - not that familiar with Muhammad Ali - just a basic knowledge of the myth and legend - he knows "Float Like a Butterfly - Sting Like A Bee!"This is a great way to show a youngster that in addition to being the Greatest Of All Time that he was (and is) one of the most influential, courages and important figure of the 1960's and up -It gently shows and explains the race issues of the 60's without overwhelming a child or blasting it in their face - it's very difficult for a kid these days to understand that as little as 40 years ago (which is actually life times to a kid) that if you were black then you had to sit at the back of the bus - or couldn't drink from certain water fountains or had to "know you're place" and how Muhammad Ali shattered that mold - I'm hoping that this actually creates a dialogue with parent and child - anyway - it shows Muhammad as the Champ both in and out of the ring.The book goes over some of the famous fights and rivalry's - from Liston to Frazier - once again I found myself excited about the blow by blows of these fights - no matter how many times I read it I'm just awe struck about the Rumble in the Jungle - I highly recommend this for any child as a great introduction to The Greatest Of All Time - Muhammad Ali!

Published by Thriftbooks.com User , 19 years ago
The greatest muhammad ali was a really good book. I don't like reading but i couldn't but it down. It is about Muhammad Ali and his life. He got into boxing because of a kid that stole his bike. He wanted to beat the [stuff] out of the kid. As soon as they find the theif, Ali's trainer said he had good potentail. This book goes through Ali's life as a boxer and how he started. It talks about his family too. Walter Dean Myers wrote a lot of good books like Moster, and Fallen Angels which i also read. After reading those 2 books i wasen't disapointed.

Published by Thriftbooks.com User , 21 years ago
While this was written with young adult audiences in mind, The Greatest Muhammad Ali is featured here for its wider attraction to any interested in boxing history. This provides a dual focus on the boxer Ali and the hazards of boxing. Black and white photos pepper the account, which does an excellent job of blending boxing history and issues with an overall survey of Ali's life and actions. 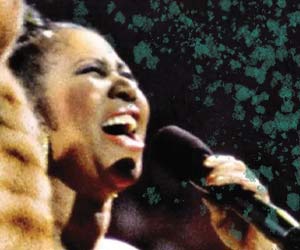 Celebrity activism isn’t uncommon. In fact, it sometimes seems like many stars jump on the philanthropic bandwagon simply to boost their image. But historically, standing up and speaking out could be risky for entertainers. Here are eleven celebrities who took bold stands for change.