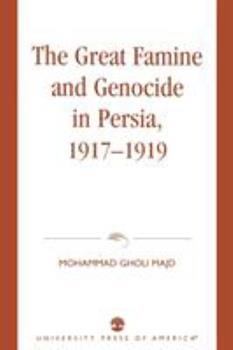 In this book, Mohammad Gholi Majd argues that Persia was the greatest victim of World War One and also the victim of possibly the worst genocide of the twentieth century. Using U.S. State Department records, as well as Persian and British sources, Majd describes and documents a veritable holocaust about which practically nothing has been written.