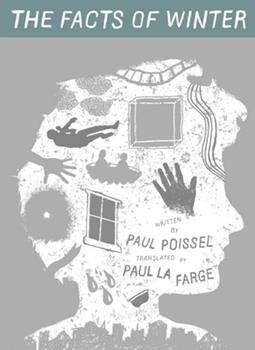 The Facts of Winter

Published by Thriftbooks.com User , 12 years ago
Lafarge's sense of character and place are tuned to a sweet little instrument with plenty to say.

Published by Thriftbooks.com User , 14 years ago
a unique little find that will transport you to the older and cuter world of France in the 19th C. every sentence bears the marking of literary care that is both terse and articulate. thus, the book as a whole carries the weight of time and dedication, yet reads with the simplicity that characterizes its subject of dreams.

Published by Thriftbooks.com User , 16 years ago
A strange, haunted little book, like the lack of sound in a snow-covered landscape. A twisted meditation on history, memory, translation-how things hover below the surface of the real, waiting for language to thaw them and cast them out where we can see them just before they sink out of time or melt away. Sorry to be cryptic, but that's exactly what this book is. Really, it's about dreams-or, more precisely, about the state of uncertainty one feels when coming out of a dream, when the dream is still real, or before you realize that it's not.

Published by Thriftbooks.com User , 16 years ago
Paul La Farge's book THE FACTS OF WINTER is a haunting, funny, intriguing, little book. There are echoes of the unreliable editor of Nabokov's Pale Fire or the authorial self-awareness of Calvino's If On a Winter's Night a Traveler and the strings of strange little stories like Calvino's Invisible Cities. Yet, it is a lovely work in it's own right and is in no way derivative of these earlier works. The book features a series of short dreams (1-3 pages) of Parisians in 1881. On facing pages, the reader is treated to French and English versions of the dream narratives followed by an academic-styled afterward examining the life of the ersatz author Paul Poissel. The writing is lyrical and the reader has a haunting feeling of the interconnectedness of certain images and ideas among the dreams that in a way that is highly pleasing but difficult to explain. If one reads even a little French there are certain sly winks in the French. As discussed in the afterward, the title itself is a pun in French: Les faits d'hiver or L'effet divers. The illustrations are an added bonus and suit the work perfectly. They remind me of Lorca's doodles. Much like trying to describe a dream to a friend it is difficult to describe the way the book connects and intertwines as you read it which is perhaps why they other reviews are so brief and why I've resorted to so many comparisons. It is not a book for those who demand straightforward narrative, but for those who enjoy good, poetic writing and are willing to let the work wash over them it is a lovely read. It is the best thing I've read in months.

Published by Thriftbooks.com User , 16 years ago
rigorously lyrical, yet compulsively readable ... funny, eerie, and moving ... a marvelous book!
Copyright © 2022 Thriftbooks.com Terms of Use | Privacy Policy | Do Not Sell My Personal Information | Accessibility Statement
ThriftBooks® and the ThriftBooks® logo are registered trademarks of Thrift Books Global, LLC