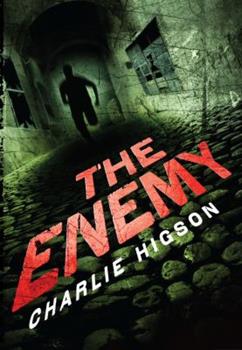 In the wake of a devastating disease, everyone sixteen and older is either dead or a decomposing, brainless creature with a ravenous appetite for flesh. Teens have barricaded themselves in buildings throughout London and venture outside only when they need to scavenge for food. The group of kids living a Waitrose supermarket is beginning to run out of options. When a mysterious traveler arrives and offers them safe haven at Buckingham Palace, they...

Went Over My Expectations

Published by Ean Gauthier , 1 year ago
This book arrived in near perfect condition with only some minor damages. I am very happy with my purchase. The book was fantastic and the characters were great. This is definitely for people who like things like The Maze Runner and The Hunger Games

Look out Harry and Twilight

Published by Thriftbooks.com User , 12 years ago
This book is going to be a big hit. Why? 1) Zombies are in, but this is appropriate for middle-schoolers. They are going to love reading the gruesome events in this alternate reality. 2) It has both a boy and girl protagonist. It appeals to both genders equally. 3) The pacing of the plot is exceptional. It is written in cliff-hanger style and flips between two, sometimes three story lines forcing you to read faster. It is done very well. 4) The setting of London after this disaster is very believable and allows the author to pose many situations which make us ask, what if...what would I do...It is just wonderful. I can easily see kids saying, "Oh, my God, what would you do if..." 5) It's a horror novel. Yep, nothing friendly about this book, it really seems like a 28 Days Later for kids; they are going to eat it up. In short, this book is a solid horror choice for teens. Give it as a gift, donate it to your local school, recipients will be pleased I am sure.

Published by Thriftbooks.com User , 12 years ago
Imagine a disease afflicting everyone over the age of 16. Those it doesn't kill become flesh-eating monsters preying on the children who have been left behind. Where would you live? What would you do? How would you defend yourself from the monsters that see you as food? Author Charlie Higson has imagined just such a scenario in THE ENEMY, an adventure set in post-apocalyptic London where kids have learned to fend for themselves. THE ENEMY focuses on the Waitrose kids, who have set up their fortress in a supermarket where they have ready access to supplies and can easily defend the windowless building. Arran is the leader, holding everyone together. Achilleus is the warrior, helping kids to hunt and fight. There is Freak and Deke, two adventurous scouts who leave their tag wherever they go. And there is Maxine, the peacemaker who organizes the kids and makes sure no one gets left behind. The children have set up a fairly stable life, but know they can't last in their supermarket fortress forever. They are running out of supplies, and attacks from the flesh-eating adults are becoming more violent and frequent. In the first chapter, they've lost one of the kids to a raid. When a stranger arrives telling them that there is plenty of food and safety in central London where children have set up a government in Buckingham Palace, they have a tough decision to make. Do they stay at Waitrose and wait out the siege? Or do they join forces with kids at neighboring markets and venture into the unknown in the hopes of finding a place better than what they've left behind? The strength of THE ENEMY isn't just in Higson's action-packed writing, but in nuanced characters and the conundrums they face as they fight for their survival. When things at the palace aren't exactly as they seem, the Waitrose kids must choose carefully how to align their loyalties and remaining resources. The obvious choice would be to depict a world in which sheer brutality wins. But the novel is more complex than that. Higson's characters reflect the fact that there are many strategies for survival, including the abilities to outwit or simply outrun the enemy. Small Sam, who is abducted by the adults at the beginning of the book, finds that his best strategy is to employ his knack for fitting into small spaces where the grownups can't follow him. He is resourceful and good at hiding, which keeps him alive while he travels across London attempting to reunite with the rest of the Waitrose kids. THE ENEMY is full of hard choices and interesting conundrums as circumstances pit personalities against each other in a fight not just for survival, but also for dominance. Higson peppers the novel with references to other well-known children's books that feature young people in terrifying circumstances, including PETER PAN, ALICE IN WONDERLAND, and ogre tales from the brothers Grimm. As the children start banding together in larger groups and making decisions about how to govern themselves, I c

Published by Thriftbooks.com User , 12 years ago
This is an excellent book and I would recommend it to anyone who is looking for an exciting and gripping read. I finished the book in only 2 days! It was excellent. Cannot wait for the next book in the series!

I dare you to read this!

Published by Thriftbooks.com User , 13 years ago
Thrilling, scary and disgustingly graphic are only a few words to describe this zombie novel for young readers. Once you pick it up, it tears you along at break-neck speed! This is not for the easily spooked. This is not for the feint of heart. Read this book .... if you dare.

Warning: You Will Be Unable To Put This Book Down!

Published by Thriftbooks.com User , 13 years ago
Warning: Contains strong language and scenes of violence, and once you begin reading you will not be able to put it down! This book is filled with heartstopping action and many surprises! If you liked the book called 'The Hunger Games' - this would be like a more violent, more gut-wrenching, more shocking cousin to that book. If you would like to check out a trailer for The Enemy that does not give any spoilers - [...]
Trustpilot
Copyright © 2022 Thriftbooks.com Terms of Use | Privacy Policy | Do Not Sell My Personal Information | Cookie Preferences | Accessibility Statement
ThriftBooks® and the ThriftBooks® logo are registered trademarks of Thrift Books Global, LLC