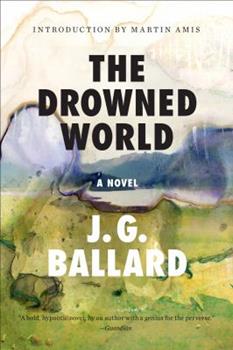 In the novel that catapulted him to international acclaim upon its publication in 1962, J.G. Ballard's mesmerizing and ferociously prescient The Drowned World imagines a terrifying future in which solar radiation and global warming has melted the ice caps, and Triassic-era jungles have overrun a submerged and tropical London. Set during the year 2145, the novel follows biologist Dr. Robert Kerans and his team of scientists as they confront a surreal...

Published by Thriftbooks.com User , 12 years ago
Spectacular, if different from his later work, this book is more suggestive of a less-frenetic style of plot-driven sci-fi, whereas later Ballard further explores the body-as-landscape motifs of the postmodern era. This is a novel of idea, and wonderfully constructed.

Published by Thriftbooks.com User , 12 years ago
Ballard's first novel is a prefigurement of the dark themes that color much of his subsequent work: cataclysm, entropy, devolution, obsession...redemption. An atmosphere of tension and menace haunts his stories which are set in landscapes that Ballard details with an almost febrile intensity. Moreover there are few happy endings in his fiction. And yet it works. Ballard's great imagination; his vivid, erudite prose; his seemingly limitless vocabulary and a willingness to take risks have resulted in a unique body of work which reveals an artist not just for our times, but perhaps for all times. In The Drowned World Ballard describes an inundated earth. Temperatures have risen, melting the ice caps,and the planet gradually reverts to a paleontologic state. Above the once great cities of the world the tops of skyscrapers rise like islands, serving as neo-mesozoic eyries for plant and animal. Ballard peoples a sunken London with various deserters from the human cause. Living in abandoned penthouses they struggle to come to terms with this new world, and their own inner changes. If Ballard's short stories are like "condensed novels", The Drowned World is like an elongated short story. The pace is leisurely and the book fades out rather than ends. Still, it is an invigorating read and a great first effort for an exciting and original talent.

An interesting spin on the genre

Published by Thriftbooks.com User , 16 years ago
Unlike most entries in the post-apocalyptic fiction genre, J. G. Ballard's "The Drowned World" deals not with the immediate aftermath of a global calamity, but with the long-term psychiatric implications of such an event. Set some eighty years after an increase in solar activity has rendered most of the earth a tropical swamp, Ballard explores the human reaction to such a rapid change in geography and society at the most primal level. As such, it has more in common with the likes of Conrad's "Heart of Darkness" than "Alas, Babylon" or other contemporary works of apocalyptic fiction. In fact, in many ways it presents itself as a post-modern retelling of Conrad's journey into man's baser instincts. The main character, Dr. Kerans is an admirable stand in for Marolow, as like his literary predecessor he is both drawn to and repelled by his surroundings and what they do to him and those around him. Likewise, his aptly named nemesis Strangman is so reminiscent of Kurtz, including his almost cult-like relationship with Africans (more on that later) it is difficult not to picture him as a Marlon Brando type character. However, what separates the two novels, and keeps "The Drowned World" from being entirely derivative, is that Marlow has a civilization, a real civilization, to fall back upon. No matter his descent into the unknown, both internally and externally, there is always a thread, however tenuous, that he can use to pull himself back up out of the primitive. Kerans, on the other hand, is stuck in a global Congo, and the so-called civilization he could fall back upon is a mere shell of what it was, scratching out an existence above the Arctic and Antarctic Circles. As such, his backward drift into the primeval is both more intense and ultimately irrevocable. It is this backwards drift into something more primitive, but somehow better adapted to this new world that forms the compelling core of the narrative. His discussion of genetic memory, of the hard-coding of our response to our environment by millions of years of evolution is both believable and engaging, and has at least some foundation in fact as reflected by man's near universal dislike of such things as spiders and snakes. Wisely, Ballard doesn't attempt to draw any definitive conclusions, but rather leaves open the question of whether evolution is a one way street, or whether mankind is truly as adaptable as we suppose. Nicely juxtaposing this inner change is the change in society that necessarily attends such a radical change in the environment. Most of what is left of civilization is regimented under a quasi-military system, apparently under the auspices of the U.N., and what is left of the U.S. and the Soviet Union. Existing outside of this society are those who either refuse to let go, or who scratch out a living in a piratical sort of existence. Strangman is one of the latter, and he forms Ballard's most compelling character. Not explicitly bad, although almost cert

The world ends, not with a bang, but a gurgle

Published by Thriftbooks.com User , 19 years ago
The cover of my version has a lizard sitting quite happily on some poor guy's face, which is the only part of his body sticking out of the water. For some reason, I really like it. This would be considered atypical SF if it came out today, I can't even imagine the reaction back in the sixties when this was first published, especially to an audience that had been raised on an audience of big guns and fast spaceships and heroes who solved problems by punching aliens in the face. Ballard's novel isn't about saving the world, in fact, the world is well past that point by the time the book opens and it's only going to get worse, all the people left can do is figure out how to live with the changes. As you can probably surmise from the title, climatic changes and the melting of the polar ice caps have caused the water levels in the world to rise, putting most cities under water and turning the world nearly into one big tropical ocean. This change is more than just cosmetic since it's apparently resurrecting racial memories buried deep within the collective unconscious, thus people start having weird dreams about times when the world used to be like this. Action packed? Not really. Hallucinogenic? At times. Different? You bet. Ballard succeeds mostly on the strength of his ability to convey this flooded, humid world in all its declining glory. The protagonists wander about almost aimlessly, not even sure why they do what they do. The "villains" of the piece provide a nice counterpoint to all the gloomy stuff but in the end serve as little more than a distraction, albeit a strangely entertaining one. In the end it doesn't cohere as nicely as the slightly better (in my opinion) "The Crystal World" where Ballard's prose is more finely polished in all its hazy glory, while the protagonist can be more easily identified with by the reader. The stuff with the pirates that take up most of the middle of the book is fun, but serves as little more than a backdrop and a soggy world just doesn't have that eerie outerworldy quality of a planet slowly turning to crystal. Also, the whole "racial memory" thing, while you could probably write a book on it, isn't really dealt with in any sort of detail here, it sort of pops up again when it's convenient. Still, for a debut this is a heck of a lot better than anything I could do and it's safe to say Ballard got a lot better real fast. Even then, this is a fine book well worth your time, because whatever Ballard does, he does better than just about anyone else.

Published by Thriftbooks.com User , 21 years ago
This is the first novel I read by J.G. Ballard. I first heard of the author 12 years ago after seeing "Empire of the Sun". At that time I had no idea that Ballard's early works were science fiction."The Drowned World" (Ballard's first novel) is set in a future where most of the planet is underwater or covered in lush jungle. Melting ice caps have caused the sea level to rise, and an altered climate has forced the population to flee to the areas of the Arctic and Antarctic Circles. Intense sunlight is causing the temperature to rise all the time, making the environment increasingly hostile to human life. The only creatures that thrive in the new conditions are fish, insects and reptiles, which are all growing bigger and bolder.The mood of this book is brooding and melancholic. The small group of characters, who live in a tropical, submerged London, have dreams linked to a world millions of years in the past, as the Earth's ecology reverts to a prehistoric wilderness. There is an interesting discussion about the built-in "race memory" in the human psyche. People's fear of snakes and lizards can be linked to the time when early mammals lived in fear of the reptiles, who were the dominant lifeform millions of years ago. (And are becoming so again.)I think some of the inspiration for "The Drowned World" may have come from John Wyndham's "The Kraken Wakes", which also featured a submerged London (although the climate was getting colder, not hotter). In turn "The Drowned World" may have been the inspiration for that much-maligned film "Waterworld". Ballard's writing style is descriptive like H.G. Wells and M.P. Shiel: poetic and elegant, if a little flowery.Throughout the book there is an undercurrent of pessimism. This is not about adventure and discovery, but a world in decline (for humanity at least). In a planet prone to change, Earth has changed radically. Ballard plays with the theme of transformation in other books:"The Wind From Nowhere", "The Burning World" and "The Crystal World". In Ballard's series of disaster novels "The Drowned World" is, to use a cliche, the beginning of the End.

The Drowned World Mentions in Our Blog 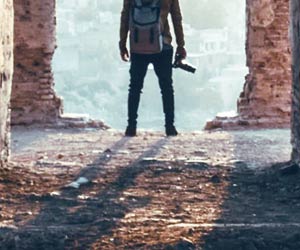