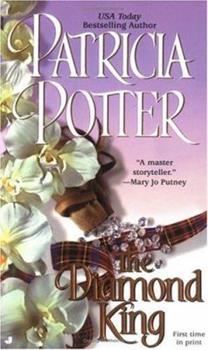 (Book #3 in the Scottish Trilogy Series)

Sea captain Alex Leslie has every reason to hate his captive, Jenna Campbell. The feisty Scottish lass belongs to the British-allied clan he most despises. But somewhere in the wild Brazilian jungle,... This description may be from another edition of this product.

A Moving Tale of Romance and War

Published by Thriftbooks.com User , 17 years ago
The horrors of Culloden will never be forgotten and I'm embarrassed to say that the very county in which I live is named "Cumberland." God, what an awful man he was! It's a shame that the Highland way of life was practically wiped out because of this evil man and fine people were killed. But through all this, P.P. managed to give us a breathtaking story of love and danger. These are very memorable characters we'll not likely forget.

Published by Thriftbooks.com User , 17 years ago
This book had it all; romance, intrigue, danger, and endearing characters. I do read lots of books and this is one of the all-time best books! It was extremely interesting and there are few books that I can't put down, but this is one.

Nearly Perfect, Except for Editing

Published by Thriftbooks.com User , 17 years ago
One minute we have Robin sitting in a chair 'reading a medical book' and in the same scene a moment later, the author writes that he is 'waking up.' Huh? Alex does the same thing. Jenna walks into the room and 'he rose' to talk to her, then a few sentences later, the author writes, 'he rose.' And many times, I didn't know who was talking to whom, as the book would read 'he,' instead of a name, and I'd have to go back a couple of paragraphs to find out who was talking. And I think in one scene there, the author meant to write 'Robin' and not 'Claude.' I've never read a book with so many errors, but despite that annoyance, the story was fantastic and interesting.

Taking the Long Way Around

Published by Thriftbooks.com User , 19 years ago
Captain Will Malfour was not always a priate, but instead a Scottish lord named Alex Leslie. A miserable battle at Culloden Moor ended leaving many dead, but leaving Alex Leslie scarred in more ways than one. In an attempt to get back at the British for the masacre at Culloden Alex finds him self protecting ten small orphaned children and pursuing a path he would have never dreamed. As unlikely as the path he takes, is the love he finds along the way. Lady Jenna fills up a void in his heart, but will he be able to overlook the plague her family has been for Scotland as well as for himself, and let himself love her the way she loves him?A very moving tale of romance set in a historical period. Ms. Potter has a knack for weaving many spectacular events into one cohesive story. You will not be disapointed.

Published by Thriftbooks.com User , 19 years ago
Patricia Potter has outdone herself once again! Her chacters grab you from the start. I cheered for Jenna as she grew into her own person. Alex had my heart the moment he walked onto the page. I couldn't put the book down. The entire cast of chacters drew me in. I felt like I was riding the high seas along with them.Thank you, Patricia. Please write us more wonderful tales!
Trustpilot
Copyright © 2022 Thriftbooks.com Terms of Use | Privacy Policy | Do Not Sell My Personal Information | Accessibility Statement
ThriftBooks® and the ThriftBooks® logo are registered trademarks of Thrift Books Global, LLC