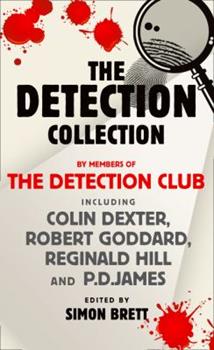 The Detection Club is the oldest and most exclusive crime writing organization and it has always represented the cream of British crime writing talent. The founding and early members were amongst the... This description may be from another edition of this product.

Published by Thriftbooks.com User , 16 years ago
What better way to show reverence to Britain's Detection Club than with a strong anthology for its seventy-fifth birthday though based on Simon Brett's Introduction the founding date is ironically a mystery as 1929, 1930 or 1932 are bandied about. One thing mystery fans will agree upon is that the club has always contained a who's who. The founders included Christie, Chesterton, and Sayers, etc. The contributors to this anthology consists of renowned British authors such as P.D. James, Colin Dexter, H.R.F. Keating, and one of this reviewer's favorite suspense authors Robert Goddard. The eleven tales are all well written with three extraordinary standouts: James' "The Part-time Job", Dexter's "Between the Lines" and "Toupee for a Bald Tyre" by Goddard. Mr. Brett adds an essay "The Detection Club, A Brief History" that adds to the fun of a fine compilation that whether it is anniversary 73. 75 or 76, still pays homage to the founding parents through a solid short story collection. Harriet Klausner
Trustpilot
Copyright © 2022 Thriftbooks.com Terms of Use | Privacy Policy | Do Not Sell My Personal Information | Cookie Preferences | Accessibility Statement
ThriftBooks® and the ThriftBooks® logo are registered trademarks of Thrift Books Global, LLC