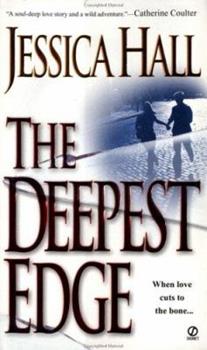 One of Catherine Coulter's favorite new writers makes a breathtaking debut-with the first novel in a bold new trilogy filled with modern-day passions and criminal desire... While in Paris, Valence St. Charles, an expert on antique Asian swords, inadvertently saves the lives of the reclusive collector T'ang Jian-Shan and his daughter. Now, caught between a Chinese tong's assassins and government agents, Jian-Shan and Val have nowhere to turn but towards...

Published by Thriftbooks.com User , 15 years ago
A quote from Catherine Coulter about this book "A soul-deep love story and a wild adventure."

Published by Thriftbooks.com User , 19 years ago
Museum curator Valance St. Charles heads to Paris, France, determined to lure enigma Oriental millionaire Jian-Shan T'ang in to letting her museum display his White Tiger sword collection. Her chauvinistic boss Drake Scribner makes it clear that if she fails, she will not have a job to return to. Jian-Shan's business manager Madelaine abruptly tells Val that Jian will under no circumstances meet with her regarding the swords. The ever-tenacious Val stows away in the trunk of Jian's limo, and makes her way to his estate, only to interrupt an assassination attempt on Jian and daughter Lily. Jian-Shan feels responsible for Val's subsequent injuries, and vows to protect her from those determined to see him dead. Jian's Chinese Tong chief father is attempting to bring his son back into his organization, and will stop at nothing to accomplish this. Val finds herself caught in the middle, and soon she and Jian are on the run from his father and government agents determined to either capture or kill them. Val and Jian's relationship sizzles, and little Lily complicates this situation even more. They each carry a lot of baggage, but as danger surrounds them, they begin to realize their haunted pasts are best left there, if they can live long enough to see this crisis through. Evil surrounds Jian's father, and the hurt he has caused others in horrendous. Traitors have infiltrated Jian's life, and with a strong cast of secondary characters, add a few surprises in this fast paced suspense drama. The exotic Orient is not frequent subject matter, and makes for a very interesting read. Lovers of taught romantic suspense will enjoy "The Deepest Edge", the first in a trilogy.

Published by Thriftbooks.com User , 19 years ago
Valence St. Charles grew up wild on the streets of New Orleans two of which she is named for. Now, she has her life on track and is an expert on Asian Antiquities. She is particularly interested in the famous collection owned by the illusive T'ang Jian-Shan. In an attempt to gain access to these famous swords she manages to enter his property and save Jian-Shan and his young daughter Lily from an assasination attempt. This act embroils Val in the desperate battle between Jian-Shan, his father, a ruthless Tong leader, and American Government agents, and leads her to a searing and passionate relationship with Jian.This story works on many levels. The history of the Tong leadership and the priceless sword collections is facsinating. The many characters are very well drawn, especially Valence and Jian-Shan for whom we are rooting throughout the story. The suspense kept me reading until late in the night and then waking early to finish. This is the first I've read of Jessica Hall (though I wouldn't be surprised if she's written under another name) and I am looking forward to the next book in this trilogy, 'The Steel Caress'.

Published by Thriftbooks.com User , 19 years ago
Hoping to further her career, Val St. Charles journies to France, hoping to win the right to display enigmatic Oriental millionaire, Jian - Shan's, fantastic sword collection. Yet the brassy American gets far more than she planned on when she interrupts an assassin's attempt on Jian and his little girl, Lily's, lives. Feeling responsible for her injury, Jian brings her into his home while Val heals, and agrees to let her catalog the collection, even though he has no intention of allowing her museum to display them. Val finds that she is in the middle of an Asian mafia war, as Jian's crime lord father attempts to bring his wayward son back into the fold. Danger fairly crackles in the air, as does sensuality. From the first moment she laid eyes on him, Val began to fall in love with her quarry, and although he denies feeling more than desire for an attractive woman, the feeling is mutual. Yet, the past is something that stands between them and happiness, and if they survive the current crisis, Val and Jian will have to overcome their haunted and broken hearts. *** Sizzling and very different, this novel paints a world seldom seen. Mixing the exotic Orient with the sensual beauty of France and the spice of a Southern lady, this is only the first in an exciting trilogy. Jian is a hero unlike any seen before with his unique heritage, while Val is a favorite heroine, tough, yet tender. The supporting cast, even though within it lurks a traitor, makes a strong impact upon this fast paced plot. The promised sequel looks even better. *** Reviewed by Amanda Killgore.

Published by Thriftbooks.com User , 19 years ago
New Orleans Museum of Art and Antiquities Junior Curator Val St. Charles is excited to learn that Jian-Shan owns an Asian White Tiger Swords collection. Val informs her boss Scribner that she wants to go to Paris to see if she can borrow the collection for display. Instead of supporting her even with her previous success with a Swedish collection, Scribner tells her if she wants to go shopping do it with her money and if she fails to obtain the collection enjoy Paris on an unemployment check.His staff thwarts Val's efforts to see Jian so she sneaks into the trunk of his limo. She manages to sneak onto his secret complex, but assassins working for his Chinese Tong chief father traced him through her. Val risks her life to save Jian and his daughter, but soon they are on the run with government agents and assassins wanting to kill the two women and capture him.Though the ending seems rushed, readers will enjoy this taut romantic suspense thriller. The story line grips the audience from the moment Val slips into the trunk until the final scene, but the characters make the tale hum. The audience will admire Val's bravery, Jian's willingness to risk his life for those he loves, and hiss at his father so nasty as to justify the estrangement with his son. The audience will appreciate THE DEEPEST EDGE.Harriet Klausner
Trustpilot
Copyright © 2022 Thriftbooks.com Terms of Use | Privacy Policy | Do Not Sell My Personal Information | Accessibility Statement
ThriftBooks® and the ThriftBooks® logo are registered trademarks of Thrift Books Global, LLC