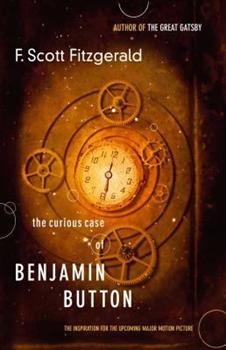 The Curious Case of Benjamin Button: The Inspiration for the Upcoming Major Motion Picture

Today, F. Scott Fitzgerald is known for his novels, but in his lifetime, his fame stemmed from his prolific achievement as one of America's most gifted story writers. "The Curious Case of Benjamin Button," a witty and fantastical satire about aging, is one of his most memorable stories. In 1860 Benjamin Button is born an old man and mysteriously begins aging backward. At the beginning of his life he is withered and worn, but as he continues to grow...

Published by Thriftbooks.com User , 12 years ago
This was surprisingly entertaining, thoughtful, and wrapped up in a very short, well-written package. I found that I just simply enjoyed the story, and let myself be carried away with Benjamin Button and his reverse journey through life. I am extremely excited to watch the movie, as I'm sure it will be a masterpiece to behold.

Published by Thriftbooks.com User , 12 years ago
I did not know about this story until I saw the preview for the movie re-make. How I managed to miss this in my Lit classes, I have no idea. The synopsis intrigued me and right away, this has become one of my favorites. This strange, thought-provoking little story explores the progression of life, only backwards. It's 1860, and Benjamin Button is born an old man, with an octogenarian's ability to think and talk. As he progresses in age, he actually becomes physically and mentally younger. His reversal continues and at a certain point, he reaches his prime- physically strong, fun-loving, and a war hero. What a blessing in disguise. After all, how many times in your life do you think, "Gosh, if I was only younger, I would do this, I would do that.."? However, his delight turns into annoyance, then despair as he ages to a point where he is mentally and physically 15. At this point, his son Boscoe is in his 40s and resentful that he now has to look after his dad and his son. Here lies an interesting parallel to reality: many of us, at a certain point, enter the "sandwich" generation in which we are simultaneously looking after our children and our elderly, ailing parents. Very soon, Benjamin finds himself in kindergarten, where he finds that "playing with little strips of colored paper, making mats and chains and curious and beautiful designs, was the most fascinating game in the world." I found myself feeling a bit of envy as I read this. I often times find myself watching my toddler with fascination: everything is new, exciting and wondrous to her. I get so caught up in everyday nuisance; I long to feel what she feels. Eventually, Benjamin reverts back to an infant. The last few paragraphs of the book describe this in such beautiful, simple words: "There were no troublesome memories in his childish sleep...There were only the white, safe walls of his crib...When the sun went his eyes were sleepy--there were no dreams, no dreams to haunt him". "He did not remember clearly whether the milk was warm or cool at his last feeding or how the days passed--there was only his crib and Nana's familiar presence. And then he remembered nothing. When he was hungry he cried--that was all. Then it was all dark, and his white crib and the dim faces that moved above him, and the warm sweet aroma of the milk, faded out altogether from his mind." Although this story was incredibly short (seriously, it took me less than 30 minutes to read it), each and every word was so descriptive that I felt I was getting the full meaning of the story. It is so perfectly written that I look forward to reading it again and again

Published by Thriftbooks.com User , 13 years ago
The F. Scott Fitzgerald's short story of a man, who in his own words, "was born under unusual circumstances"; born at the age of 80, Benjamin Button ages backwards in time. This is an illustrated book with full color pictures on almost every page, so mixing in with the text, other full page. Being that a movie based on the story is being released on Christmas, one could assume that this book is trying to capitalize on the strength of the stars Brad Pitt and Cate Blanchett. However, the packaging of the book, and the original illustrations make this less a quick release, and more a quality version of a classic story. The book is undust jacketed, yet has a color band around most of the front cover, with the title and credits on the band. I don't know how well it will stand up to repeated removal and replacement on a book shelf. However, it is a nice version of the book, and while I wasn't thrilled with the illustrations, other people might be (I found the style to be more primitive than I like. Your mileage may vary.)

A wonderful and unique story by F. Scott Fitzgerald

Published by Thriftbooks.com User , 13 years ago
Normally I don't re-read books, but I've read this one about 4 times now, and I liked it more each time. And it's short, so it's a pretty fast read, and keeps your attention focused from beginning to end. Fitzgerald has such an amazing mastery of imagery and dialogue - reading this book is like watching a mini movie in your head. It's also a unique story in that it's very humorous, but also kind of sad. The two don't normally go together so well. I can't wait to see the movie they're making based on it! It will be interesting to compare their similarities and differences. This copy (clock on cover & ISBN 1603550836) is a nice trade paperback sized book, not the smaller mass market paperback size you see in romance novels and cheaper paperbacks. It is thin, since it's a short story, but I was very pleased with the quality, and think it will make a great little present/stocking stuffer for my friends. I feel more confident giving a small book like this than a 500 page novel because I've always felt that with people being so busy, they may be hesitant to start a large novel. I also think since the movie opens on Christmas, they will love having a copy of the book to read around the same time.

Published by Thriftbooks.com User , 13 years ago
This is a short story, set in huge type, and will only take an hour or two to read. So don't spend $9 on this book. Instead, read it sitting in Barnes and Noble (like I did), or buy a book of Fitzgerald's works that includes this story. But DO read this story! It is an incredible short story, a cynical tale (a fairy tale?) with some remarkable, gem-like sentences. If you've read "The Great Gatsby," then you know Fitzgerald can really write. And he proves his skill, again, with this short story. The story is wonderful, and many of its scenes have stuck with me - in particular, the descriptions connected to the lead character's first love. Also, the tale it tells is fairly odd and striking, and, even if the writing weren't wonderful (as it is), its boldness might, alone, make it worth a read. Again, while you shouldn't buy this book - it's way overpriced - you should read this story!

The Curious Case of Benjamin Button Mentions in Our Blog 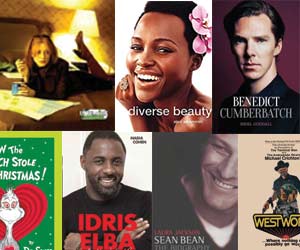