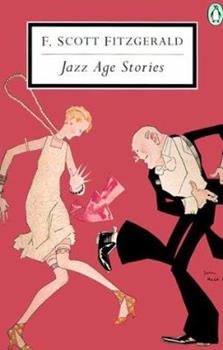 & "A generation grown up to find all Gods dead, all wars fought, all faiths in man shaken. & " Thus F Scott Fitzgerald summed up his age. Perhaps nowhere in American fiction is this & "Lost Generation & " more vividly preserved than in Fitzgerald's own short fiction.

Contains "The Curious Case of Benjamin Button" in affordable edition

Published by Thriftbooks.com User , 13 years ago
This paperback Pine Street Press edition of "Tales of the Jazz Age" (the press is an imprint of the University of Pennsylvania Press) is afforable and well-edited. This edition, printed in 2003, contains the same content of eleven short stories as the original Charles Scribner's Sons edition published in 1922. I was most interested in reading "The Curious Case of Benjamin Button" because of the winter 2008 release of the Brad Pitt film. This story is not contained in the other two Fitzgerald short story anthologies which I own. The story is a fascinating little foray into straight-forward fantasy, as a man is "born" fully cognizant (and speaking the King's English), fully-grown (Fitzgerald never explains how Ben's poor mother survived, let alone managed, the birthing ordeal), and obviously very old. Benjamin then proceeds, Merlin-like, to live his life backwards, growing younger and younger. The story is only 32 pages long, and ends rather sadly and abruptly. However, it is so un-Fitzgerald-like that I found it intriguing, and am now anxiously awaiting the movie to see what Hollywood does with it. Fitzgerald, although an artist and genius of the highest calibar, also had to eat. These stories were written for money, and they are not as well-wrought as the best of his prose stylings in his novels. (Fitzgerald states candidly in his intros to the stories that several of them are re-worked stories which he had first done at Princeton while an undergraduate.) But this is Fitzgerald, after all, and a very young Fitzgerald, at that. So I found this collection highly interesting and devoured it in one sitting. I will now save my money and purchase the expensive hardback version of this collection for my own library.

Satirizing the selfishness of the wealthy

Published by Thriftbooks.com User , 18 years ago
Tales Of The Jazz Age is an anthology of classic short stories by the renowned 20th Century American author F. Scott Fitzgerald, who is best known for his enduring classic "The Great Gatsby". Satirizing the selfishness of the wealthy, depicting revelry that escalates into a destructive mob, while offering a sharp look at the flaws of society, and enhanced with introductions to each story by the author, Tales Of The Jazz Age is highly recommended, and this Pine Street Books edition would make a perfect choice for school and community libraries needing to replace worn copies of previous editions.

Published by Thriftbooks.com User , 19 years ago
Tales of the Jazz Age is an anthology of nineteen short stories by renowned author F. Scott Fitzgerald, including "The Diamond as Big as the Ritz", "Dice, Brassknuckles and Guitar", and "Love in the Night". Enhanced with an extensive record of variants, explanatory notes, as well as an extensive introduction concerning the selection and editorial principles of the anthology, Tales of the Jazz Age is a superb edition of classic literature that would grace any academic or library collection -- and is "must" reading for F. Scott Fitzgerald enthusiasts and fans.
Copyright © 2020 Thriftbooks.com Terms of Use | Privacy Policy | Do Not Sell My Personal Information | Accessibility Statement
ThriftBooks® and the ThriftBooks® logo are registered trademarks of Thrift Books Global, LLC