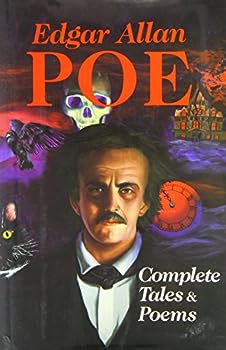 Edgar Allan Poe was one of the earliest pioneers of the short story and perfected the tale of psychological horror. This title collects Poe's fiction and poetry, including The Fall of the House of Usher, The Tell-Tale Heart, The Pit and the Pendulum, The Raven, Annabel Lee, and the novel The Narrative of Arthur Gordon Pym of Nantucket.

Published by Stacy , 1 year ago
Ordered a beautiful and classic copy in gold embossed black leather. Received a “horror” themed copy with red. Now the version I ordered is out of stock. Additionally, it was mailed in a completely unpadded plastic bag. Unimpressed and won’t be ordering again after I process this return.

Published by Sweetthorn , 2 years ago
The book I received is in almost new condition! I would recommend this book to any reader of age 15 and older.

Published by Disappointed , 2 years ago
Reviewing the condition of the book. The condition is below good. So sad I think I will have to toss it. Should not have been sold.

Published by Julia , 2 years ago
I ordered the acceptable condition book and it came in better condition than I thought. There's one or two scratches and a little dirt on the side or the pages but other than that it's almost new looking.

Published by Anonymous , 2 years ago
Bought a hardcover copy in VGC. I received a copy in somewhat acceptable to good condition. It has scratches, dents, tears, rubbed edges. I would put a picture if I could. But theres no way to put it here.

Published by Michael Cunningham , 3 years ago
A fine book in great shape.

Published by nbc72401 , 3 years ago
This book is an excellent collection of some of Poe's best-known works. Poe always brings you into his world and inside the mind of the author, frequently a rather tormented and scary place to be. Grab a glass of wine and enjoy some of the classic works.

Published by Alexa , 3 years ago
..sadly it did not come with any book jacket and it's rather bent. I was looking forward to giving this to my girlfriend on her upcoming birthday, now I guess I'll have to improvise.

Poe In my mind

Published by Thriftbooks.com User , 20 years ago
I read a few stories by Poe: they include "The Murders of the Rue Morgue," "The Raven," "The Tell Tale Heart," "The Cask of Amontillado," "The Gold Bug," and "The Fall of the House of Usher". I thought all of these stories are very interesting. As a junior in high school I thought I was going to have a very boring time reading Poe for a project we had to do for school. Surprisingly I was not bored with his writing style at all. Especially when I read "The Tell Tale Heart," which was by far my favorite story by Poe thus far. Poe brings you into his work rather slowly, but once you get past the first page or two he sucks you into his writings. When you read his stories you wonder how a person can think of these sorts of topics to write about. You realize Poe's mind was definitely not one track thinking, but very open to various themes. Poe's writings are good for anybody to read, especially if you are into sick and twisted stories.Poe may not seem to be very much of a fright story writer nowadays, because we have so many movies with amazing special effects. But after you read Poe and realize what time he wrote in you think he is a pretty spooky writer. In my mind Poe is an amazing author and I come from a generation where we have substituted movies for books. Poe is a must read author some time in your life, so take a minute and instead of watching Texas Chain Saw Massacre read one of Poe's stories and you will feel like you accomplished something more meaningful.

The Horrors of Poe Make You Crave Them Some More

Published by Thriftbooks.com User , 21 years ago
Macabre, enticing, and fantastic, Poe's stories reveal a first rate intellect and out of this world imagination. Poe was the first or one of the first authors of science fiction, when he wrote "Ligeia," which is a must read, underrated story of his. "The Devil in the Belfry" reveals Poe's comic talents, as does the delightful "X-ing a Paragrab." These two stories reveal the light, almost playful, side of Poe which is usually obscured by the dark side of his macabre horror stories and brooding poems. Speaking of which, his horror stories are some of the best ever written. I still feel the tension, reading them for the nth time in my life. Poe is also the originator of the detective story. Poe's intellect is evident in the story Mellonta Tauta, where he humorously explains the difference between the Aristotilean/deductive reasoning and Baconian (Hogian!)/ inductive reasoning. In his stories he also demonstrated some understanding of the theory of probability, foresaw the philosophical approach of perspectivalism, and raised the questions of sanity/normalcy that would become one of the major social questions of the 20th century, when power-hungry maniacal and clever madman came to power in some countries with the full intent of eventually ruling the world.I consider Poe one of the most imaginative people who ever lived and one of the most insightful people of the 19th century. By today's standards, his life was short. But the legacy he left influenced and inspired so many people that he should be regarded as one of the greatest writers of short stories who ever lived, and as someone who belongs in the pantheon of many 19th century geniuses.

Deep into the psyche

Published by Thriftbooks.com User , 21 years ago
The horror of being; the darkest depths of man's soul; the deepest fears brought about by darkness: it's all here. This is the work of the original genius of terror. And the most terrifying thing about Poe's stories and poems is that the threat doesn't come from a monster, or a devil, or a murderer: it comes from inside yourself, from your mind and your heart. There's no escaping them. Poe is not, of course a "terror" writer. He's just a writer, and one of the best there has been. His work can not be confined to a "genre". His tales touch horror, but there are some analytical, metaphysical, futurists, and tales of love (strange love, but love). As correctly pointed out by other reviewers, Poe practically invented the mystery tale in which the detective is an amateur who solves the problem through reason and deduction alone ("The crimes of the Rue Morgue"). A wonderful cryptic and deductive tale is "The golden bug". "The cask of Amontillado" is a masterpiece of cruel vengeance. "The pit and the pendulum" is pure terror, like "The black cat". The poems have even more variety. You know what the famous ones are: The Raven, The bells, Annabel Lee. Here, the most remarkable characteristics are music and rhythm. "Quoth the raven: nevermore!", and the ringing of the bells, the bells, bells, bells, etc. My personal favorite is Annabel Lee, but there are many other, less known, which are just excellent.Poe was a troubled man, addicted to drugs and alcohol, who died in a miserable way (some thugs made him drink to use him in an electoral fraud; he died from drunkness on the streets of Baltimore). But his intellect and sensibility (hypersensibility) made him a true genius, a profound connoiseur of the human soul, up and down. His writing is superb and he will remain as a master of literature for centuries to come. In case you have never approached his work, do so now. Choose your favorite couch; wait until everybody is asleep, get yourself a good drink, and travel to the bottom of your own soul.

Published by Thriftbooks.com User , 23 years ago
Having never written a full novel, Poe is sometimes forgotten when the great fiction writers of American history are listed. The power of Poe's dark vision, though, is virtually unprecedented in world literature. The manifestation of such deep, intuitive symbols and archetypes, ones of such clarity, prophesy and terror that even his incredible craftsmanship in language becomes transparant, is a gift given to only the most blessed and tormented of writers. To read a story like the Masque of the Red Death is to be flung into an allegorical morality play which fits perfectly into the modern context. Poe's stories and poems travel through time and rap ceaselessy on the window of your conscious thoughts. An ominous pall of expectation and retribution permeates all of his work. To pick up Poe is really never to put it down.

Poe is an underappreciated genius

Published by Thriftbooks.com User , 24 years ago
Poe has been overlooked by today's literary order, but the man was one of the finest American authors ever. His stories paved the way for other great and popular authors--everyone from Conan Doyle to Stephan King. This book is an outstanding collection and should be read not for its literary value (which is tremendous) but for the sheer fun of it. 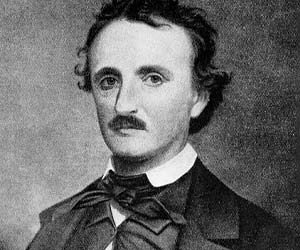 Edgar Allan Poe died mysteriously on October 7, 1849 in Baltimore, Maryland, when he was only forty years old. Even so, he is considered one the most influential writers of all time and credited with the invention of several genres, including detective and crime fiction. Read on to learn more about him. 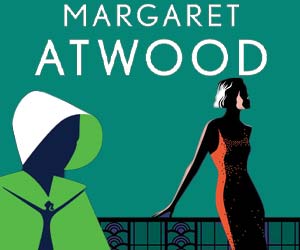