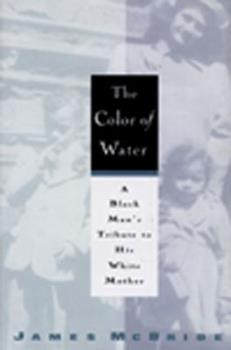 The Color of Water

From the "New York Times" bestselling author of "The Good Lord Bird," winner of the 2013 National Book Award for Fiction, and "Kill 'Em and Leave," a James Brown biography. Who is Ruth McBride Jordan? A self-declared "light-skinned" woman evasive about her ethnicity, yet steadfast in her love for her twelve black children. James McBride, journalist, musician, and son, explores his mother's past, as well as his own upbringing and heritage, in a poignant...

A masterpiece everyone should read at least once

Published by Helene , 4 months ago
This book was so beautifully written. The details make you feel like you were there in real time going through it with the author. I could not recommend enough!

Published by leslie taylor , 11 months ago
This is my 2nd read by this author. At first, I was torn between the author jumping from his mom life to his own but i figured out that this was the best way to tell the story since he had little information about his mother and when he alternated between the two lives, the book chilled to provide a very poignant story. It was sad to hear how his mother had to struggle with all the hate because she married 2 black men and struggled living to be Jewish and abide by the strict covenants knowing that they were deceptive. I praise her for her struggles and triumphs and her success in not only raising 12 children and sending each one to college and not only to receive Bachelor degrees but even Master and Doctorate degrees as well. James struggles to find himself while living as a biracial child who had to learn accept both sides of his identity. His mother love allowed him to focus and find truth in his achievements and outcomes. The final chapter of this book entitled "Ruth" which delved into the struggle of his mother and how she and her husband founded a church in her living room and later invited back to speak at the anniversary where she poured her heart out and found happiness in her own self and image and realized that inspite of her poor beginnings that she lived a full life that measured a full of cup of enjoyment. This last chapter brought tears to my eyes and forced me to award the writer a 5 star rating.

What a beautiful story!

Published by Julian , 1 year ago
This book is such a beautiful testament to the love of a mother and how to overcome trial and diversity. This is one of my top five books of all time!

Mother and Son strive for success

Published by Gloria F. , 1 year ago
It's not easy growing up and this book reveals what it took on the mother's part to ensure her children would be successful. Written by the son (the author) with his mother's revelations in another font, I turned page after page to give witness to their struggle as they settled into a NYC neighborhood and began their version of the American dream. Mothers are fierce creatures and this just proves the point how far a Jewish mom would go for the benefit of her children. I recommend it. Makes you pause and think about tenacity -- your tenacity.

A moving portrayal of a memorable family

Published by Thriftbooks.com User , 20 years ago
James McBride gives us a wonderful memoir of himself and his mother, a Polish immigrant and Orthodox Jew, a daughter of a tyrannical rabbi father and timid, crippled mother, who dared to ask for something more of this life. Yet in doing so, Ruth McBride Jordan, nee Rachel Shilsky crossed what was once, and for some still is, an uncrossable barrier: she married not one, but two, black men, converting to Christianity along the way. She lost her Jewish family and isolated herself from both whites and, to a lesser extent, blacks, but raised 12 children who all became college-educated professionals. This is not a portrait of a saint, either mother or son. But both can forgive the other, something that Ruth's Jewish family cannot do. (That, by the way, should not be seen as representative of all Jews; indeed, the epilogue shows a moving scene in which James McBride gets in touch with his Jewish side in a very positive way. Many Jewish people are caring and understanding and not at all prejudice against blacks. Ruth's family wasn't among them.) Anyway, that these are not saints make the people more human, more believeable, more loveable. And by reading it, maybe we would become more accepting of families that don't look like our own. (Though I have to confess, I might be a little worried if a family with 12 kids moved in next door, regardless of the racial makeup! :-) )

A Great Book - A Wonderful Experience!

Published by Thriftbooks.com User , 22 years ago
"The Color of Water" by James McBride is a beautifully written and memorable tribute by a black man to his white Jewish mother. I was so touched by the story of Ruth McBride Jordan and her 12 black children. Ruth, born Rachel Shilsky, is the daughter of a failed Orthodox rabbi and his handicapped wife,growing up in the South. She was abused by her father and was deserted by her family when she fled to Harlem and married a black man. As a widow she raised her 12 children by herself. There was very little money and hard times. However, she always instilled in her family her strong faith in God and her powerful belief in the value of a good education. She guided them through college and graduate school to become professional and successful adults.James McBride is such a gifted writer and the story just flows. I especially enjoyed the format of the book (each chapter switching back and forth from the life of the mother to the life of the son). I am so thankful to the author for sharing his wonderful story and for introduing his fascinating mother who said it all when she told him that God is "The Color of Water". I recommend you read this book....You won't be disappointed..It's the BEST!

The Color of Water: A Black Man's Tribute to His White Mother Mentions in Our Blog 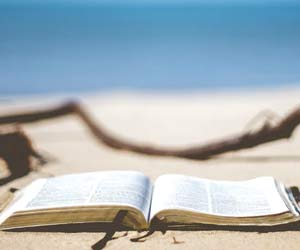 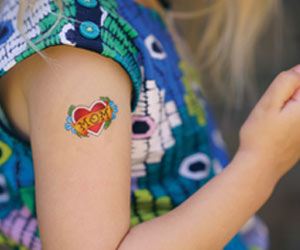 5 Books That Honor the Complexity of Motherhood
Published by Emma Zaratian • May 06, 2019

Mother's Day is this Sunday. It's a holiday often known for family get-togethers and floral bouquets. It's also a time to reflect upon our relationships with our mothers, whose complex personalities have so unmistakably formed our own. To that end, here are some memoirs and novels we think explore the deeper dimensions of those maternal relationships.