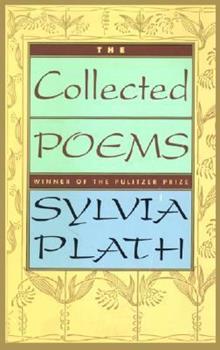 Containing everything that celebrated poet Sylvia Plath wrote after 1956, this is one of the most comprehensive collections of her work. Edited, annotated, and with an introduction by Ted Hughes.

Published by Thriftbooks.com User , 19 years ago
It doesn't matter what you think about Sylvia Plath; her suicides, dependence on Ted Hughes, the relationship she had with her mother, her poems about "Daddy, the very depth of the darkness she held inside. It doesn't matter a damn. What matters is the writing, the beauty of the words, the music in her voice."The Collected Poems" won the Pulitzer. Some may disagree with this choice, but what do they know. Sylvia was a genius. The poems are from 1956-1963..."Southern Sunrise" 1956SP uses the imagery of color- lemon,mango, peach, pinapple barked, green crescent of palms, quartz clear, blue drench, red watermelon sun. One can see she was happy when she wrote this poem. (Probably just met Ted) "Fiesta Melons" 1956Bright green and thumpable/Laced over With stripes/Of turtle-dark green/Choose an egg shape/ a world shape/Bowl one homeward to taste/ in the whitehot noonI find it interesting how much SP's poems reveal about her state of mind as she wrote them. One can observe the progression of depression, her troubled marriage and lonliness, especially in the later poems 1960-63..."Tulips" 1961I am nobody/I have nothing to do with explosions.I didn't want any flowers/I only wanted/to lie with my hands turned up and be utterly empty."The Rival" 1961(About Ted??)I wake to a mausoleum; you are here/Ticking your fingers on the marble table/looking for cigarettes/Spiteful as a woman, but not so nervous/ And dying to say something unanswerable.The Moon and the Yew Tree" 1961Separated from my house by a row of headstones/ I simply cannot see where there is to get to."A Birthday Present" 1962 (SP's struggle w/depression)I would have killed myself gladly that time any possible way/Now there are these veils, shimmering like curtains./The diaphanous satins of a January window/White as babies' bedding and glittering with dead breath. O ivory!"Lesbos" 1962 (SP's experimentation w/ lesbianism??)You say your husband is just no good to you/His Jew Mama guards his sweet sex like a pearl/You have one baby, I have two/I should sit on a rock off Cornwall and comb my hair./ I should wear tiger pants, /I should have an affair/ We should meet in another life,/ we should meet in air/ Me and you.People are fascinated w/ SP, her confessional poetry, giving us a glimse into her world. We feel as if we know her. And even though she appears strong and nasty at times, we see the sweetness behind it all, the lonliness, and somehow, like Marilyn Monroe, we would have liked to be her friend.1962-63 were Sylvia's darkest days and it shows in her poetry..."Sheep in Fog"The hills step off into whiteness/People or stars/Regard me sadly,/ I disapoint them.All morning the / Morning has been blackening."Daddy"If I've killed one man, I've killed two/The vampire who said he was you/ (ted hughes)Who drank my blood for a seven years,/ if you want to know/ Daddy you can lie back now./There's a stake in your fat black heart/ And the villagers never liked you/They are dancing and stamp

We have come so far, it is over.

Published by Thriftbooks.com User , 21 years ago
Sylvia Plath's life has passed into legend and probably overshadowed the work of an amazing and important poet. That she never achieved the success and critical acceptance she craved during her lifetime was perhaps inevitable, and ultimately what drove her to produce an incredible glut of poems just before she died. These Ariel poems are what made Plath's name, and they are fantastic. Her use of language is brutal, stark, desperate and desperately moving - like no one else before her. The cadences of her poems, regardless of whether or not you understand the words, are remarkably powerful and capture what she must have been feeling - the bruising, paralysing anger mingled with the corrosive bitterness of betrayal and the knowledge that vain hope in the face of despair may not be enough to live on. Read the poems and marvel at their beauty and their humanity.

This little book cannot be commended too highly

Published by Thriftbooks.com User , 22 years ago
A really excellent selection by Diane Wood Middlebrook, includes almost all the important last poems ('Letter in November' is missing), and a good selection of the 1950s stuff. There is even some juvenilia and some of Ted Hughes' notes.

The Collected Poems Mentions in Our Blog 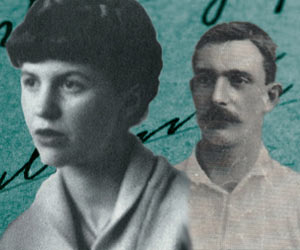 Sixty-five years ago today, Sylvia Plath and Ted Hughes met at a party in Cambridge. Their connection was immediate, powerful, and violent—a portent of their future together. Almost exactly seven years later Plath would die by suicide.