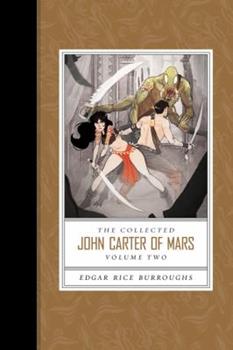 Book Two of the John Carter of Mars collections, this edition contains the original text from the fourth, fifth, sixth, and seventh of Edgar Rice Burrough's world-famous novels. Originally published between 1916 and 1930, Thuvia, Maid of Mars; The Chessmen of Mars; The Master Mind of Mars; and A Fighting Man of Mars are science fiction classics which introduce new characters and adventures to the dangerous martian landscape.