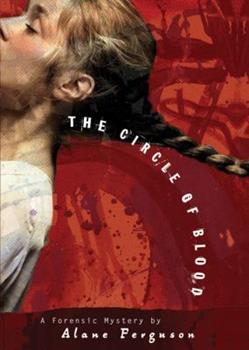 (Book #3 in the Forensic Mysteries Series)

Cameryn Mahoney works as the assistant to her father, the county coroner of Silverton, Colorado. But if that's not hard enough, her long-lost mother has made a surprise return to Cameryn's life. When her mother picks up a mysterious young hitchhiker, Cameryn senses that the girl is running from something. But before she can find out more, the girl is found dead'with a gun in her hand. Is it suicide? Or something even more sinister?

Published by Thriftbooks.com User , 12 years ago
My daughter is interested in forensic psychology, so I bought her these books to read and ended up reading them myself. When you finish the first, you want to begin the next! The characters are well developed and it leaves you guessing until the end.

Published by Thriftbooks.com User , 13 years ago
Meet Cameryn Mahoney. She's not your average high school senior. She's the assistant to the county coroner in Silverton, Colorado. Most kids her age find her fascination with all things forensic rather bizarre, if not macabre. But Cameryn is intrigued and has gained the (reluctant) respect of local law enforcement and medical personnel alike. The story starts off with Cameryn and her father handling a fatal car accident. The victim affects Cameryn and her father in the fact that it's a young man. Nothing is worse than a senseless death. But Cameryn is ever the professional and they get the job done. Later that day, Cameryn encounters her long lost mother, Hannah. Hannah has a young girl in the car with her. The girl seems agitated and Hannah doesn't give Cameryn a straight answer. But there is little Cameryn can do, and her mother drives off with the sad girl, Mariah, in the passenger seat. Only later does the encounter come back to haunt Cameryn. Her father is out of town when the call comes in. There's another dead body. Cameryn is asked to attend to the scene until her father can be present. Upon seeing the body, Cameryn realizes that it's the girl, Mariah. If she lets on that she recognizes the girl, then her mother could be implicated. What starts as an omission soon blossoms into a complete mystery that entwines everything that Cameryn does. Her mother eventually gets arrested for a murder that she swears she didn't commit. No one is there to help Hannah. Cameryn has since learned the truth of her childhood, and still finds it in her heart to forgive Hannah for everything she's done and comes to her aid. Against the odds and against the advice of everyone she knows, Cameryn takes it upon herself to clear her mother's name. For anyone who's a fan of C.S.I. or Bones, THE CIRCLE OF BLOOD is a real page-turner. It's a bit graphic in the descriptions of dead bodies and autopsies, but done so in a fascinating and scientific manner. This isn't the first story featuring Cameryn Mahoney, but one doesn't have to have read the previous stories to enjoy this one. The story is easy to follow with little to cloud the main plot. I enjoyed it quite a bit and will now look for the previous Cameryn Mahoney books myself. Reviewed by: Jaglvr

My Favorite of the Three Forensic Mysteries

Published by Thriftbooks.com User , 13 years ago
This is the best of the three forensic mysteries, I think. With each new book, Ferguson, becomes better at hiding the solution to the mystery. I had a little inside chuckle concerning the head rolling down the side of the mountain (sick, I know). Learning new things like the story behind "Keep Sweet" and how the path of the bullet was determined by using the "brain bucket" is great information. You just never know when that information might come in handy at a party. LOL No really, I love it! Justin has been staying at a safe distance. Maybe he has been just waiting for Kyle to surface.
Copyright © 2020 Thriftbooks.com Terms of Use | Privacy Policy | Do Not Sell My Personal Information | Accessibility Statement
ThriftBooks® and the ThriftBooks® logo are registered trademarks of Thrift Books Global, LLC