First published in 1985, The Cider House Rules is John Irving's sixth novel. Set in rural Maine in the first half of this century, it tells the story of Dr. Wilbur Larch--saint and obstetrician, founder and director of the orphanage in the town of St. Cloud's, ether addict and abortionist. It is also the story of Dr. Larch's favorite orphan, Homer Wells, who is never adopted.

Published by Thriftbooks.com User , 21 years ago
You can't evaluate "The Cider House Rules" on the basis of the plot: to say that the book is about an orphan who grows up in an orphanage run by an abortionist, meets a young couple (there for an abortion), leaves with them, and falls in love with the woman, is to miss about 90 percent of what makes the book special.I've only read one other book by John Irving ("The Hotel New Hampshire"), but it seems to be the case that his novels are so incredibly character-driven. As you read the books, you get the sense that he is so attuned to the people who populate his world that he could write novels centered on any of them.Now, you are probably aware that the book is somewhat about abortion. Indeed, Irving clearly has a point to make about the pro-choice vs. pro-life debate, and it's pretty clear which side he's on. But at the same time, to say that the book is "about" abortion is like saying that "Casablanca" is about World War 2. Clearly, abortion is inextricably intertwined with the plot and the characters, but the novel is not about abortion; rather, it's about characters who have to make life decisions, including about abortion.One final note: for better or worse, I tend not to have much patience for "literature." I've read some Dickens, but would never do so for fun. My idea of great literature is "Cryptonomicon" by Neal Stephenson. But . . . I absolutely loved reading "The Cider House Rules" and I was never bored.

Published by Thriftbooks.com User , 21 years ago
This was the first John Irving novel I ever read, back in 1989. I quickly read everything he'd had published, and aside from A Prayer for Owen Meany, this was my favorite. When you read an author's entire catalog in one sitting, you notice their habits and literary devices, and John Irving, while one of my favorite writers, had a tendency to make use of the same images over and over again (dressmaker's dummies, old men with bears and old cars with rusted out floors, etc.). However, Cider House was refreshingly free of those repetitive images, and decidedly different. It skillfully looks at issues ranging from abortion to the conditions of migrant farm workers to fidelity, while all of them are tied together by the single theme of making choices. Every choice made by every character in this novel has repercussions, and it is a mark of the excellent writing that you never feel you're being beaten over the head by the outcomes. I've not seen the movie, so I can't compare it, but if you're looking for a good book, you'll find one here.

A thoughtful exploration of the idea of "rules"

Published by Thriftbooks.com User , 21 years ago
It amazes me how Irving can broach topics like adoption, abortion, love, faithfulness, etc. with such empathy and balance. This is the only discussion I've ever encountered of abortion, pro or con, that zeroed in on the core issue, then explored both sides of it in such an enlightening manner. And although abortion is a major theme in this novel, it's not what the book is about--it's just a way of discussing the overall theme--rules. It doesn't matter whether you're liberal, conservative, or somewhere in between. Irving will make you think, and give you a chance to question and refine some of your own views, while at the same time read a very engaging story that provokes and entertains from beginning to end.

Published by Thriftbooks.com User , 21 years ago
This is one of those books that you don't want to stop reading. I would be falling asleep at 4:30AM and still finding myself reading on into the next chapter. After you do finish it (its 500+ pages flew by in 3 days), you find yourself missing it and wishing you had drawn out the pleasure of reading such an excellent novel. The characters, both "good" and "bad" step right off the page and into your heart. The ending, although a bit predictable, is exactly how you secretly want it to end. I would recommend this book to anyone who likes stories about people. Action-packed it may not be, although the story never lags. The real beauty is in the characters and Irving's colorful descriptions of their lives and relationships. I can't wait to see the movie, although I'm sure it will disappoint after this incredible book.

The Cider House Rules Mentions in Our Blog 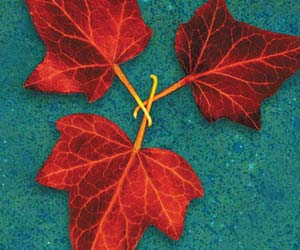 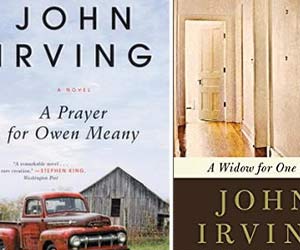