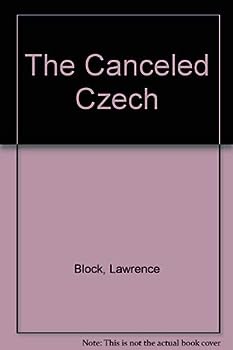 (Book #2 in the Evan Tanner Series)

Evan Tanner ran head-first into a piece of shrapnel in Korea, and now he can't sleep. Ever. Which can be an asset for a dedicated linguist, term paper forger, thief, lost cause enthusiast . . . "Spy." Tanner takes on jobs for a covert intelligence organization so secret that even those who work for it have no idea who they're working for. Now his nameless supervisor wants him to sneak behind the Iron Curtain, storm an impregnable castle in Prague...

Published by Thriftbooks.com User , 14 years ago
if the Tanner books were all Block was known for it would be impossible to make the case for him as one of the best living writers in the genre. Matt Scudder did that and Evan Tanner is no Matt Scudder. Still, if there were more Tanner novels to read, I would read them.

Tanner returns in quest to kidnap a Nazi

Published by Thriftbooks.com User , 22 years ago
Evan Tanner is assigned to slip in Czechoslovakia o kidnap an old Nazi, in Lawrence Block's "The Cancelled Czech." The book is a reprint of one, which was first published some 20 years earlier. I suspect the series was reprinted recently because of the popularity of "Tanner on Ice," published last year. (Tanner himself returns after all this time.) In "Cancelled Czech," we find Tanner plotting how to get across Europe, enter Czechoslovakia, kidnap Kotacek, turn west, and trek across the continent again to get to Lisbon to complete his assignment. The action takes place during the cold war, which makes the book more interesting. Block also plays the role of historian as he relates to his readers to history of that time, period and hotspots of the world. Although it is not absolutely necessary to read the Evan Tanner Mysteries in sequence reference is made here to the first book, "The Thief Who Couldn't Sleep." Read them both. Enjoy, enjoy!

a thrilling book full of turns

Published by Thriftbooks.com User , 22 years ago
I liked all the book as I love reading books of this sort. Moreover, the book touches the history of my country, Slovakia, and Central Europe in many aspects. I appreciate that, to my knowledge, many facts (geographical, cultural) were quite precise. Also, it seems to me that the author rather well manages to describe the life in the area and the times the story takes place. However, I wondered about some details. For instrance, why the majority of town names were true and some were made up (as "Parkan" - there is no such frontier crossing between Slovakia and Hungary); Czechs were given Czech names, Germans German, Serbs Serb,..., but one of the main figures, Janos Kotacek (the real name of the Slovak Minister of Interior during the WWII was Alexander Mach, I think) was given a Hungarian-Czech name (Janos means John in Hungarian, Kotacek sounds pretty Czech); etc. Nevertheless, these details didn't spoil my very good feeling from the book and I recomend it to everyone who likes "mysterious literature". The book made my flight from Seattle to Copenhagen even more pleasant.

A really good read, in fact it is a classic!

Published by Thriftbooks.com User , 22 years ago
The CIA was immediately ruled out for this covert operation because failure could lead to terrible repercussions for the present administration. Besides which, no one would believe a renegade like Evan Tanner would be employed by the Feds. Thus, the ultra-top secret agency turns to free lance Tanner to pull off the job. All Evan has to do is to abduct Janos Kotacek, a prisoner of the Czechoslovakian government, who is bound to be convicted and hanged for his activities.Janos may be elderly and dying, but his role as the head of the fourth Reich makes him very valuable to United States spy operations. Unbeknownst to him, his group has been infiltrated, making it easy to keep insider tabs on the criminal, his associates, and his operations. His untimely death would leave the spy agencies seeking new sources. Evan travels by train into Czechoslovakian, but is quickly in trouble. Someone set him up to be detained by the police. With assistance, he manages to escape, but his plan is already off-stride and a large manhunt has begun to thwart his efforts.THE CANCELED CZECH is a reprint of a classic Tanner spy tingler that, in spite of the wall tumbling down, remains a fast-paced, insightful look back at the Cold War. The story line is a delight and the support cast adds an authentic Eastern European feel to the tale. However, it is the spy who never sleeps, Evan tanner, in one of his best adventures, that keeps this period piece a fabulous entertaining novel.Harriet Klausner
Copyright © 2020 Thriftbooks.com Terms of Use | Privacy Policy | Do Not Sell My Personal Information | Accessibility Statement
ThriftBooks® and the ThriftBooks® logo are registered trademarks of Thrift Books Global, LLC