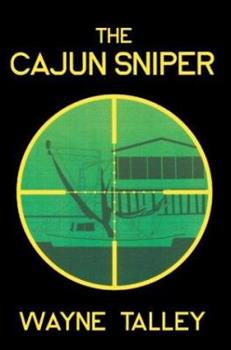 In the international sniper arena, a crafty Cajun named Jacques Boudreaux is the master. When a crime organization wants to silence a lady friend of Boudreaux's past, she summons him for help. He... This description may be from another edition of this product.

Published by Thriftbooks.com User , 13 years ago
I would put Wayne Tally right up there with Stephen Hunter as one of the best writers of shooting fiction around. One of the most technically accurate fiction books currently out there about snipers. Jacques Boudreaux a master sniper out to protect an old lady friend from his past when thugs try to kill her after she witnesses a mob hit on her husband that is as far as I will go without giving away the plot. This book is excellent not only do you have the feeling of being there but you also get to know the characters and have more feelings for them in the process. In overall a great book that would make a great movie depending on who is directing and who is in it.

Published by Thriftbooks.com User , 17 years ago
The hero in this story is Jacques Boudreaux.He is the champion of all shooters in international sniper competition.He is also a retired Army Ranger who specialized in sniper skills during his time in the Armed Forces. An old girl friend named Malynda needs Jacques' help.Her husband is killed and she is seriously wounded during a New Orleans gangland hit.The crime Satinito wants them dead.Jacques arrives on the scene and hides Malynda.He then starts gaining vengance for the evils of the Santinito gang.He stalks abd kills the gang members at will.His sniper skills rule the day.Boudreaux kills a revenue source of the New Orleans gang boss.An elite unit of professional snipers are dispatched to assassinate Boudreaux.But remember,Boudreaux is the best.The sniper unit runs into more than they can handle.This turns out to be an action packed book. Talley's knowledge of the skills of being a sniper add to the book.

Published by Thriftbooks.com User , 18 years ago
This was an interesting read with a lot of good information on military and police snipers. I instantly became hooked on the plot line and characters, although sometimes the dialogue was a little hard to follow. Any faults in the writing style are easily overlooked, as the plot with its many twists and turns, is exciting and believable. It was a real pleasure to read a book written by an author knowledgeable about firearms.

The Cajun Sniper Hits its Mark

Published by Thriftbooks.com User , 18 years ago
Action packed, and suspensful, with real world settings make the book movie material.Very well done -- kept my interest throughout the read. Especially enjoyed the detail work put into the sniper setups and character descriptions.The book has more twists and turns than an autocross course but the flow of action was described in a way that I didn't get lost.[...]Read the first chapter and you are hooked!!

Published by Thriftbooks.com User , 18 years ago
One of the things that I enjoyed about "The Cajun Sniper" is its descriptive nature. The writer definitely takes you there, describing in detail the surroundings and taking you inside the characters? minds as the action occurs. While some books overload you with descriptive information, this book presents a clear mental image of the action, allowing you to travel to the places, go inside the characters minds and get a taste of Cajun culture.
Trustpilot
Copyright © 2022 Thriftbooks.com Terms of Use | Privacy Policy | Do Not Sell My Personal Information | Cookie Preferences | Accessibility Statement
ThriftBooks® and the ThriftBooks® logo are registered trademarks of Thrift Books Global, LLC