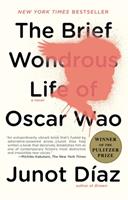 Published by False advertising!! , 11 months ago
This was listed as “very good condition”. However, the book was stolen from a library and had library labels all over it, plus another 4 piece of tape on the actual book cover so no- it was not in good condition at all. I would say fair condition at best. Staining, labels that can’t be removed, and tape all over? I was planning to give this as a gift but now I’m just going to donate it.

Published by Thriftbooks.com User , 13 years ago
I read this book in both languages, is excelent, it recommend, portrays very well what is the Latino community, especially the Dominican Republic in the U.S. I recommend the version in English, enjoyed best the form of a peculiar write of Junot Diaz.

Wao as in WOW!

Published by Thriftbooks.com User , 15 years ago
Dude can write. In fact, this book is one of the most original that I've come across in a long time. Like the layers of an onion, Diaz peels back the layers of years to reveal the back history of Oscar and his sister Lola. And what a history it is! The Banana Curtain is unveiled and the horrors of Trujillo -- the raging narcissist and despoiler of women -- are unflinchingly revealed, creating shudders of revulsion and flashes of understanding in this reader. Junot Diaz creates a language and a tempo unlike any I've read before, peppered with Spanish colloquialisms, street talk, and video game terminology. Somehow, though, it works -- and works beautifully -- even if you don't know an "hola" from an "adios" or have never played a video game in your life (like this reader.) I will not soon forget Oscar Wao, the 300+ pound romantic, Lola, Yunior, or his mother and the Gangster and his ill-fated grandparents. The book is compulsively readable. For all of those who say that "the novel is dead", I say: read Junot Diaz.

"I did all I could and it still wasn't enough."

Published by Thriftbooks.com User , 15 years ago
"You really want to know what being an X-Man feels like? Just be a smart bookish boy of color in a contemporary U.S. ghetto. Mamma mia! Like having bat wings or a pair of tentacles growing out of your chest." Meet Oscar de León. Once upon a time, in elementary school, Oscar was a slick Dominican kid who seemed to have a typical life ahead of him. Then, around the time he hit puberty, Oscar gained a whole lot of weight, became awkward both physically and socially, and got deeply interested in things that made him an outcast among his peers (sci-fi novels, comics, Dungeons & Dragons, writing novels, etc.). A particularly unfortunate Dr. Who Halloween costume earns him the nickname Oscar Wao for the costume's resemblance to another Oscar: playwright Oscar Wilde (Wao being a Dominican spin on the surname). His few friends are embarrassed by him, girls want nothing to do with him, and everywhere he goes Oscar finds nothing but derision and hostility. And he's not the only person in his family suffering through life: his mother, a former beauty, has been ravaged by illness, bad love affairs, and worry regarding her two children; and his sister Lola, another intense beauty, has been cursed with a nomadic soul and her mother's poor taste in men. The kicker about the de León family? They just may be the victims of a bona fide curse (a particularly nasty one at that, called a fukú) as a result of their history with Rafael Trujillo, a former dictator of the Dominican Republic renowned for his brutality, and whose enemies uniformly met with disastrous ends one way or another (historical details about Trujillo and the history of his reign are scattered throughout the novel, a tidbit that may turn some off of the book, but rest assured that Díaz is so utterly entertaining a writer that they are a joy to read). The de Leóns are on a collision course with disaster, but can they break the curse before it's too late? "you can never run away. Not ever. The only way out is in." Embroiled in all this mess is Yunior, our primary narrator and Oscar's former college roommate (not to mention the philandering ex-boyfriend of Lola, the novel's other narrator), whose experiences with the de León clan will haunt him for the rest of his life. His attempts to help Oscar become more popular fail, as do his tries to escape Oscar's grasp. "These days," he remarks at one point, "I have to ask myself: What made me angrier? That Oscar, the fat loser, quit, or that Oscar, the fat loser, defied me? And I wonder: What hurt him more? That I was never really his friend, or that I pretended to be?" Oscar is far and away the most poignant character to come along in a great long while; in my book he's every bit as memorable as Ignatius J. Reilly, Holden Caulfield, Randall Patrick McMurphy, and other literary giants. Furthermore, "The Brief Wondrous Life of Oscar Wao" is a phenomenal novel that is hysterical, hypnotic, heartwarming and heartbreaking in equal parts (a

the funniest, sweetest book of the year

Published by Thriftbooks.com User , 15 years ago
Wow, Junot Diaz is a force! I can't remember the last time I loved a book this much. Oscar Wao is a Dominican fanboy nerd living in New Jersey. He's crazy about women but they won't give him the time of day. Even when he visits the Dominican Republic the women look the other way. Oscar fancies himself to be a fantasy writer. He loves JRR Tolkien, comic books, etc. He's that sweet, fat, intellectual dweeb who deserves love but doesn't know how to get it. Diaz has long, hysterical footnotes that give readers a pocket history of the infamous regime of the Dominican dictator Trujillo. Oscar's mom and sister are incredible characters. This book will make your heart burst. It's that good.

The Brief Wondrous Life of Oscar Wao Mentions in Our Blog 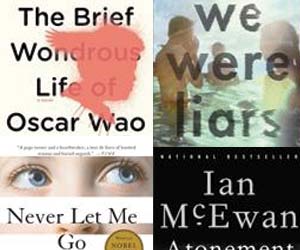 For National Tell the Truth Day, we've put together a roundup of books about liars. After all, in life honesty may be the best policy, but the tangled webs of deceit sure make for better stories. 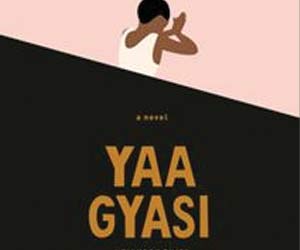 10 Upcoming Books We're Excited to Read And What You Can Read in the Meantime
Published by Ashly Moore Sheldon • September 30, 2020

As the weather starts to turn colder, there’s nothing like curling up with a good book. The list of titles coming out this fall is packed with must-reads. This week we feature ten new and upcoming books, along with suggestions of what you can read first.