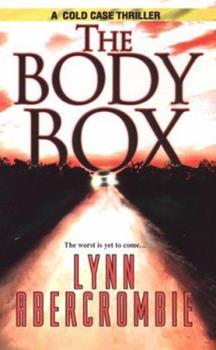 This thriller marks the debut of Mechelle Deakes, a hard edged African-American detective who is assigned to Atlanta's Cold Case Unit - and a partner who is determined to find a twisted serial killer - no matter what the cost.

Published by Thriftbooks.com User , 15 years ago
Its only early on in 2007, but I reckon this book, along with its follow up "Blind Fear" is going to rate as my 'crime find' for 2007. It was with some trepidation I picked up this cheap little paperback. No bells and whistles, just straight into lots of dense small print. Within about 20 pages I was not only totally hooked, but laughing my rear end off at the line "Pick another town, pervert" delivered by the media-savvy chief of police in a televised raid on a paedophile ring. It is clear immediately that the author, of whom I had never heard, is an experienced and extremely talented writer. Biographical information at the end of the book reveals that Lynn Abercrombie is actually a pseudonym for a "highly acclaimed Edgar Award-winning author, past president of the Atlanta chapter of 'Sisters in Crime'". Who is this masked woman? I asked myself. Surely someone I had read before, obviously a big name female crime writer. I couldn't think of anyone writing out of Atlanta, where the book is set, and neither have I stumbled upon a black female main character before. A little bit of googling later reveals that... well its all part of the mystery, enjoy the hunt! I got a laugh. The author delivers a tight and intricate plot, snappy dialogue and an especially talented ear for regional dialects. The main character Mechelle Deakes has done some struggling, it would seem, and for her sins she has been kicked down from narcotics and at the beginning of this book, reassigned again from "GLBT Liason officer" (that would be Gay, Lesbian, Bisexual and Transgender - she apparently never worked out what that latter actually entailed) to the new Cold Case Unit, situated in the basement and consisting of herself and her superior the baccy chewing redneck, oldschool Lieutenant-with-a-mission Hank Gooch. The author has tongue firmly in cheek the reader suspects at many points throughout this book and although the subject matter is deadly serious this book is consistently a cracking good read. Abercrombie's first "Cold Case Thriller" is a stunner. I'm giving it 5-stars for hitting all the hallmarks of a good crime series in the very first book. The author gives you great characters, from the most minor to the two majors, well paced plot and particularly clever dialogue. On top of that it made me laugh! You go girl!! And I'd LOVE to see these in hardback, where they belong.

How many can he kill without getting caught?

Published by Thriftbooks.com User , 16 years ago
Detective Mechelle Deakes of the Atlanta Police Department's Cold Case Unit with her partner, Lt. Hank Gooch is supposed to solve decades old murder cases. The worst case is the one that involves small children. The youngsters have been found over the years in various parts of the south and each killing is different, therefore it has taken quite a while to realize that the same person may have killed them all. THE BODY BOX by Lynn Abercrombie is a hard hitting, realistic case of a mad man who keeps his victims in a box for weeks until he decides to finally kill them. His thrill, apparently, is watching them slowly die from starvation. The case is made more complicated for Mechelle because she is also dealing with her own demons and the case pushes her back toward the addictions she has given up. In addition, someone in the police department doesn't want the case solved. Can Mechelle solve the case and remain clean and sober? THE BODY BOX is a suspenseful book with many twists and turns that keep you guessing who the killer might be. Walter Sorrells, writing as Lynn Abercrombie, has spun an interesting tale not only of murder but he also gives us an interesting look into the dynamics of the various police departments throughout the South as well as the interaction between the various players in the case. It is a book well worth reading. Reviewed by Alice Holman of The RAWSISTAZ™ Reviewers
Trustpilot
Copyright © 2022 Thriftbooks.com Terms of Use | Privacy Policy | Do Not Sell My Personal Information | Accessibility Statement
ThriftBooks® and the ThriftBooks® logo are registered trademarks of Thrift Books Global, LLC