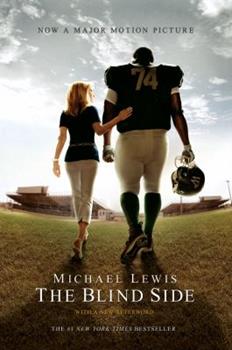 When we first meet him, Michael Oher is one of thirteen children by a mother addicted to crack; he does not know his real name, his father, his birthday, or how to read and write. He takes up football, and school, after a rich, white, Evangelical family plucks him from the streets. Then two great forces alter Oher: the family's love and the evolution of professional football into a game where the quarterback must be protected at any cost. Our protagonist...

Great for those who are super into sports

Published by Ipagirl , 2 years ago
I read this knowing little to nothing about football and some of the chapters get a bit overwhelming. The actual parts about Michael Oher and his life are fantastic though and I’m glad that I read it.

Story of the decade

Published by Thriftbooks.com User , 12 years ago
The movie was so incredible we had to read the book. Surprising to see how closely the movie adhered to it, but with more than the movie was able to include. Wonderful story - the kind of real people good news we could use more of. Very hard to take a break from this story.

Published by Thriftbooks.com User , 12 years ago
The Blind Side (Movie Tie-in Edition) I really wanted to read this book before I saw the movie, and I started to several times but never got around to buying it and finally went to see the film on a whim. Wow, was I blown away. Great movie. I immediately came home and bought the book, which I read in a matter of days. First, if you've seen the movie but haven't read the book you should know that the book is much more detailed than the film. It deals not just with the fascinating life of a young, basically homeless black youth in Memphis, Michael (Big Mike), who is eventually taken in by a wealthy family who only want to help him. This is a true story, which most of you probably know. Michael Oher was a first-round draft pick in the NFL in 2009 as a left tackle and now plays for the Baltimore Ravens. The book starts with a brief history of why the position Michael plays, left tackle, is so important. If you don't follow football, maybe you won't find this as interesting as I did, but I think you probably will. Hard for me to judge as I'm a huge football fan and I immediately went to see who the left tackles are for the Dallas Cowboys and the Texas Longhorns (we need a better offensive line). The author moves back and forth between the history of football, how the offensive line evolved and became more important (crucial, really) with certain coaches paving the way, and how that paved the way for someone with the unique skill set and build of Michael Oher to come along when he did and have a chance at being so successful. Michael was one of at least 12 children born to an addict mother. He managed to get into a private Christian school with the help of a neighborhood friend, but he really couldn't read and didn't have much in the way of social skills, and he lived clear across town, when he had a place to stay at all. Eventually, he is slowly absorbed into the family of Sean and Leigh Anne Tuohey, who have a daughter his age at the same school and who are both Ole Miss alumnae. They also have a younger son, Sean Jr. They don't see much athletic potential in Michael at first, other than possibly basketball, which Sean played in college, but they do see a gentle giant in need of help, and they set up an elaborate support system to give it to him. The book deals with college football recruiting, the NCAA, legendary NFL football coaches who changed the game (as well as players), and the evolution of Michael Oher. It is a truly fascinating look at how nurture can change the direction of one person's life, and it really makes you think. I highly recommend it to football fans and the general public. If you've seen the movie, read the book for more insights. There were slight changes made in the film, but the gist of it is all there, and you get so much more information. I'm certain I will read it again. It is a book that stays with you long after you've put it down. And if you are a football fan, you will learn much and thirst for even more. Happy

Not football's Moneyball, but a great read nonetheless..

Published by Thriftbooks.com User , 16 years ago
If you are looking for the football version of Moneyball you might be a bit disppointed by Blind Side. It's not really that kind of book. (Indeed, there are few books that completely alter one's view of a subject the way Moneyball did) There are some interesting chapters about Bill Walsh and the innovations he brought to the offensive side of football, but Blind Side is much more of a human interest story. It's a highly readable and engaging story and it will surely make you pay more attention next time an Ole Miss game is on TV. I highly recommend it.

Published by Thriftbooks.com User , 16 years ago
An incredible human interest story detailed further below but first.........the author of Liar's Poker and Moneyball is at it again with an offbeat interesting subject, or multiple subjects which are intertwined. This is an analysis of the evolution of the left side tackle designed to protect the quarterback's blind side, particularly from the evolution of speed rushers in the Lawrence Taylor mode. Lewis starts with an in depth analysis of Joe Theisman's famous leg break with some interesting facts even Joe didn't remember including who may really have been responsible. Separate stories are then presented of the new prototype Left Tackles like Jonathan Ogden whose investment banker father showed him that his value at Left Tackle would out way any interest in playing college basketball for his 6'9" son. This part of the book is intertwined with a historical perspective of how the passing game developed mainly through the Bill Walsh West Coast offense which downplays the significance of the quarterback. This section of the book is intertwined around the personal story to be described and while extremely interesting to football fans will have virtually NO appeal the typical female fan or other casual fans. But what will be of greater human interest is the overlay of the story of Michael Oher, the "man/child" currently playing football at Ole Miss. Oher shows up at a predominantly white Christian school in the 9th grade with virtually no school history and horrible family background. An incredibly shy 350 pound kid struggles but ingratiates himself to faculty and staff and manages to stick around. Finally one Thanksgiving Day a volunteer assistant coach and his wife see him at a bus stop in his usual shorts and recognize that in addition to no money for food, he is traveling to the gym to watch practice just to be in a heated room. Through incredible acts of kindness and caring this young man is taken in by this wealthy Christian family who attempt to socialize and educate him for the future. But little did they realize that at 6' 6" with an incredible frame and quick feet, football coaches would see their answer to possibly the most important position on the football field and they would relentlessly come calling. This presents many problems as Oher has virtually no chance of attending college with his past educational background. Thus begins the odyssey of the recruiting wars for this individual who by the end of high school has been called the best pro prospect even though he has played in only 15 football games. This portion of the book dominates approximately 70% of the book. It is incredibly touching and I certainly applaud the sympathetic, caring approach by Leigh Ann and Sean Tuohy. This book is not just for football fans as the issues here are much greater. How does a child get to the 9th grade with virtually no retention of knowledge or ability to function in a social setting? What can a change in culture and caring do f

Published by Thriftbooks.com User , 16 years ago
Like in Moneyball and Liar's Poker, Michael Lewis examines a culture, e.g., baseball, stock market, and now football, while interspersing a biography illuminating the underlying culture. In this case, Mr. Lewis shows how the left tackle position has rose from obscurity in the 1960s into one of the highest-paid positions in the current game. The initial focus is in how specialized a person must be to play this position as the highest level (more rare than many other positions). After this description, Mr. Lewis introduces us to Michael Oher, a person who has all of the physical tools and then some but has never played organized sports and has basically been abandoned since early childhood. The people (parents, coaches, etc.) all want to help Mr. Oher fulfill his potential. However, it doesn't come off as being completely altrusitic as all benefit whom are in his presence, e.g., coach parlays his involvement into a college coaching position. In addition, the recruiting battles for Mr. Oher's services amplify these traits. His adoptive parents and coaches seem angelic compared to the NCAA in this story. One of the most sobering statitistics quoted in this book is that only one of five players capable of playing in the NFL ever make through the legal and educational morass that is the NCAA. It's hard not to root for Mr. Oher and I would think we'll see his name at the top of the draft board in 2007-2008. Excellent book and highly recommended.

The Blind Side: Evolution of a Game Mentions in Our Blog 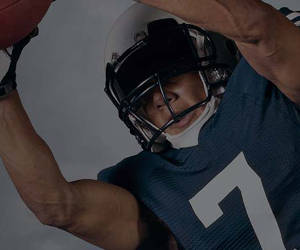 Excitement is in the air! The drafts are picked, teams assembled, and training camps done. We are now fully immersed in football season: the number one cause of hoarse vocal chords, heated Facebook debates, and self-proclaimed referees. Chips and beer are becoming harder to come by on weekends, and our close friends are slowly becoming our Sunday morning/afternoon enemies.