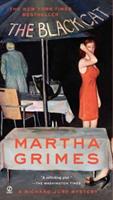 (Book #22 in the Richard Jury Series)

Richard Jury is still dealing with the guilt of the accident that sent Lu Aquilar into a coma. But then he gets assigned the case of a beautiful woman who was murdered on the grounds of a pub called the Black Cat. And the only witness is a black cat. The woman is unidentifiable-but Jury is going to see that the person responsible is known to all...

Published by Thriftbooks.com User , 11 years ago
Still lovin' Richard and Melrose and waiting for the Masterpiece Mystery series!! I have to say I'm getting a little fed up with Harry Johnson, though - I wish he'd make that fatal mistake and go away, so Richard could take Mungo home to keep Stone (and Carol Anne and Mrs. W) company. I can't decide if I want these guys ever to work out their love lives or not. Any votes?

How many black cats are there?

Published by Thriftbooks.com User , 11 years ago
I found this book delightful. I enjoyed the usual whodunit mystery part, with the usual characters, who seem very real to me; and loved the musical black cat story underneath it all. But I do work at an animal shelter, so I love animals. I found several names for incoming cats in this story. I see a lot of written material from the animal's view, in my work; I rather enjoyed the way this novel approached that aspect of the story. For fans of Martha Grimes, this book is a must.

Continues to Suprise and Entertain

Published by Thriftbooks.com User , 11 years ago
A beautiful young woman's expensively dressed body is discovered outside a pub in a London suburb. Dressed in Jimmy Choo stilettos and an Yves St Laurent gown, the dramatic circumstances surrounding her demise already has the press buzzing. Sensing a media frenzy in the making, Scotland Yard sends Superintendent Richard Jury to sort things out. Jury is grieving over Lu Aguilar, who lies in a coma in a London hospital after a tragic accident, so he almost welcomes the diversion and goes to Chesham to investigate. When Jury arrives at the Black Cat Pub where the shooting took place, he spots a snoozing black cat, seemingly occupying its rightful place on the table next to where the body was found. Upon his return the next day, the cat is gone and a small girl is searching the area. When she hears he is from Scotland Yard, she tells him that her cat, Morris, has been kidnapped, and she demands that he use Scotland Yard to find her pet. Two more unidentified, expensively dressed young women are found murdered two days later in London. When news breaks that all three were high-priced call girls, each wearing designer shoes and gowns and had been shot at close range by a small caliber weapon, the press has a field day with speculation over a potential serial killer. Jury, however, puzzles that the facts don't add up, and with the waters muddied, he enlists his friend, Melrose Plant, to help unravel the mystery. Richard Jury fans may recall sociopath Harry Johnson, whom Jury met in THE OLD WINE SHADES. Harry cast a metaphysical spin to the unresolved disappearance of a woman, her son and her dog. The dog, Mungo, comes back while the mother and son remain missing, and Johnson takes the pooch in. When the black cat disappears and then reappears, and Jury realizes that the two London murders take place within blocks of Johnson's flat, he becomes even more suspicious and sets about trying to link Johnson to the crimes. Johnson, a gamesman and con artist of the highest order, is only too delighted to draw Jury into this scenario, and so a game of genuine cat and mouse (or perhaps cat and dog) ensues. Martha Grimes has been weaning her fans away from the cozy little scenes in Long Piddleton with Jury's tedious Aunt Agatha and the eccentric folk of the village who move between their favorite watering hole and the library, sipping tea or copious amounts of alcohol at all hours of the day and night. They make brief appearances in this novel, as well as Jury's beautiful air-headed upstairs neighbor, Carol-anne, who serves as his message taker and occasional date. Melrose Plant takes a stab at undercover investigator as he steps in to pry information from a call girl who knew one of the victims by inviting her to dinner at Boring's, his ultra-snooty London Men's Club. The scene with his fellow members and the unflappable head waiter's reaction to the lady of the evening are almost worth the price of the book. Mungo, as always puzzled by Jury's inability to re

Grimes returns with a winner!

Published by Thriftbooks.com User , 11 years ago
Martha Grimes is back. Yes, THE Martha Grimes! In her latest Richard Jury mystery, The Black Cat, we find Ms Grimes returning to what she's done best and what made her famous--the clever, witty, and intriguing story lines, giving her characters a chance to carry the story, full force and full stop. This is Richard Jury's 22nd installment and what a winner this one is. A murder mystery? You bet. And early on Jury finds himself involved in not one but three murders--and are they related? Of course they are, as the reader (and Jury) knows early on. All three deaths of of women of the evening, or rather, professional escorts. What is the connecting link? And, of course, "who done it"? The Black Cat becomes "the black cats," as Grimes incorporates Morris, a black cat indeed, and brings back the dog Mungo (from earlier books), which provides a clever--and interesting--sidebar story, although they figure prominently in the case's solution. Grimes also gives us a good lesson in high fashion, from Jimmy Choo and Christian Louboutin shoes to Yves St. Laurent dresses--yes, these escorts are "high end." Again, Jury with an admirable cast of old friends and new ones gets to work, putting the pieces (and clues) together. Grimes has left (we hope for good) Jury's "romantic episodes" (please--just get on with solving the crime, Richard, we're not interested in your sex life!) and reverted to earlier venues: exciting literary allusions (they're chockablock full here!), intelligent and worthwhile examples of quality comic relief (Grimes can't and shouldn't forget about Melrose Plant, once again coming to the rescue as a supporting cast member); Grimes leaves out Aunt Agatha (okay!) and doesn't spend much time with the Long Pid group of friends (again, okay). And only a perfunctory reference to Superintendent Racer and the office cat. Another trademark of Grimes seems to be the precocious 11-year-old girl character (this one never changes, only the name does), which adds a bit of sass. And Jury is still caught up with the "un-solved" case with Harry Johnson, going back a couple of books. "You won't let that go, will you," Harry asks Jury at their favorite wine bar, The Old Wine Shades. The plotline is plausible and Grimes is in total control, no actual red herrings and no O. Henry or Agatha Christie "surprise" endings, although her conclusions are not always easy to figure out. Reading "The Black Cat" was such a refreshing, enjoyable time--well, done, Ms Grimes! As readers know, the Jury books are all titled after the names of actual pubs/bars, and it's been a personal delight actually to pay those in London a visit.
Copyright © 2020 Thriftbooks.com Terms of Use | Privacy Policy | Do Not Sell My Personal Information | Accessibility Statement
ThriftBooks® and the ThriftBooks® logo are registered trademarks of Thrift Books Global, LLC