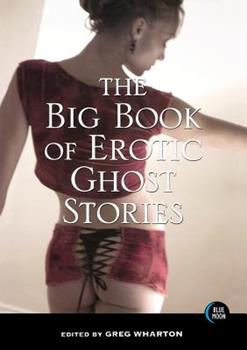 From The Inside Flap:

Published by Thriftbooks.com User , 16 years ago
Get a satisfying dose of paranormal passion in this spookily sexy collection - created especially for Venus members - of twenty twisted titillating tales of lusty dalliances with salacious spirits. Among the stories you'll find "The Skin Of My Soul," in which a man becomes enamored to the point of obsession with the spirit of a woman - a novelist dead before her time - who visits him in his bedroom. "Descansos" features a woman lamenting the death of a musician lover who haunts her, before beginning a passionate and more stable affair with a young marine. A woman gets it on with the ghost of a Frenchman who lived in her house hundreds of years before in "Only In New Orleans," And in "Sleep Sweetly, Tender Heart, In Peace," The ghost of a woman killed by her lover ten years before wants to haunt him - but instead finds she'd rather jump his bones.
Trustpilot
Copyright © 2022 Thriftbooks.com Terms of Use | Privacy Policy | Do Not Sell or Share My Personal Information | Accessibility Statement
ThriftBooks® and the ThriftBooks® logo are registered trademarks of Thrift Books Global, LLC